Your Morning Dump… Where Brad and Gordon are Hoosiers again 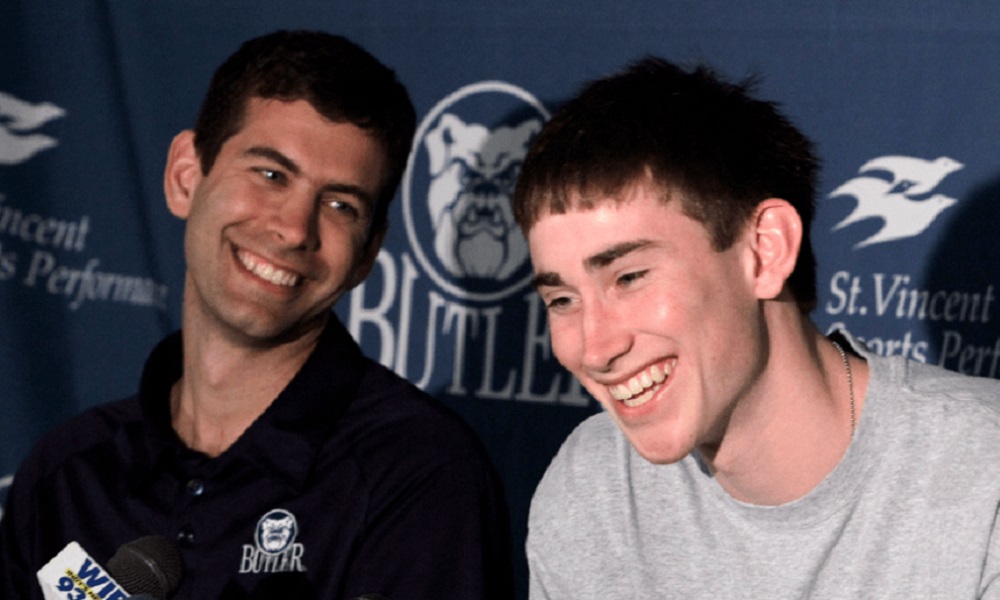 Your Morning Dump… Where Brad and Gordon are Hoosiers again

When the Boston Celtics trek to Indianapolis for the start of a five-game road trip on Saturday night against the Indiana Pacers, it will be the first time that two of the region’s most beloved sons — Brad Stevens and Gordon Hayward — share the same sideline there since Hayward’s desperation heave in the closing seconds of the 2010 NCAA title game.

Who could have imagined that the path of player and coach would ever intersect again years later with the Boston Celtics? There was an earthquake of jubilation, with an epicenter on the campus of Butler University, when Hayward announced that he was signing with Boston in July 2017. But his first trip back with the Celtics was delayed by his season-ending ankle injury.

The significance of Saturday’s visit isn’t lost on player or coach, it’s just that, well, this is a business trip, and not a trip down memory lane.

Hayward is just 2-5 in those previous visits but Indy has brought out some solid basketball. During his last visit there in March 2017, Hayward scored 38 points on 16-of-24 shooting in a Jazz loss. He scored 30 there in November 2014 as well.

NBC Sports Boston: Brad Stevens, Gordon Hayward focus on the present as they return to Indiana

As the saying goes, the Celtics travel well – meaning they always have a strong share of fans in visiting arenas. That’s been especially true in Indiana, since Larry Bird is the most popular player ever to come from the Hoosier State.

Tonight, at this first-time-together visit by Stevens and Hayward as professionals, there might be more green than ever before. And I’m hoping, as you surely are, that being back in their home state with his college coach will spark Hayward to his best game yet as a Celtic.

Hayward is making progress almost game by game, sometimes taking a step back, but on Thursday having his best performance so far: 18 points on 6-11 shooting (3-5 from deep), while adding five assists. Every encouraging sign, no matter how small, is good news. Another strong outing, with a win, would be a perfect homecoming.

If we could script it, the night would end with Gordie swishing the game-winner at the buzzer, a la Jimmy Chitwood in “Hoosiers.” Pretty sure that Brad would draw up a better ATO play than Gene Hackman, too.

Earlier on this latter evening, Irving had gone for 28 points against Milwaukee. And he had 31 on Tuesday in the completion of the home-and-home with the Pistons.

There was really no message to give the All-Star point guard, who said after last Saturday’s game that his mantra was, “Be cool.” The fact is Irving will be an impact player whether he scores three or 30, four or 40. It’s actually instructive to note he was a plus-13 in the first Detroit game and plus-1 and plus-12, respectively, in the two games since.

It’s also worthy of note that Irving has made 20-of-26 shots in these latest two (10-for-19 on 3-pointers) after making 2-of-14 shots in the season-opening win over Philadelphia and 2-of-14 treys in the first three games combined.

He acknowledged Thursday there’s a difference between being unselfish and over-passing.

“Yeah, which you saw in the beginning of our season, which including me not taking as many attempts or just trying to get the ball moving, trying to make sure I know where my spots are but not necessarily being sure about it,” he said. Irving added he’s “now just kind of just playing basketball.”

Unless you have him on your fantasy basketball team, it doesn’t truly matter how many points Kyrie scores, as long as the Celtics win. What he’s saying here is, he’s simply giving each game what it needs. If the Cs can grab a comfortable road win while Kyrie scores just three points, what’s the problem? Answer: there is none.

With that said, most nights Boston will in fact need 20 to 30 points from Little Mountain. He’s more than capable of it, so “be cool.”

And, finally… Time for Maine

Friday’s game will be worth watching to see what Williams can do in extended minutes as part of an NBA system.

Whether Williams will join the Celtics for some (or all) of their road trip remains to be seen. With Daniel Theis out, Boston might want the depth on the front line, but this time with the Red Claws is also an excellent opportunity for Williams to get game reps.

“I’m actually looking forward to (playing in Maine),” Williams told MassLive in September. “Just to work on stuff. Everybody wants to play. Everybody want to play, showcase your talent.”

What could the Timelord do? In 24 minutes, he tallied 11 points on five-for-five shooting, with 10 rebounds, three blocks and two assists. That’s a good showing in his first significant minutes as a pro.

Boston.com: Everything you need to know about the Celtics this week

MassLive: Anthony Davis says he ‘has to be perfect’ for Pelicans to win: What does this mean for Boston Celtics?