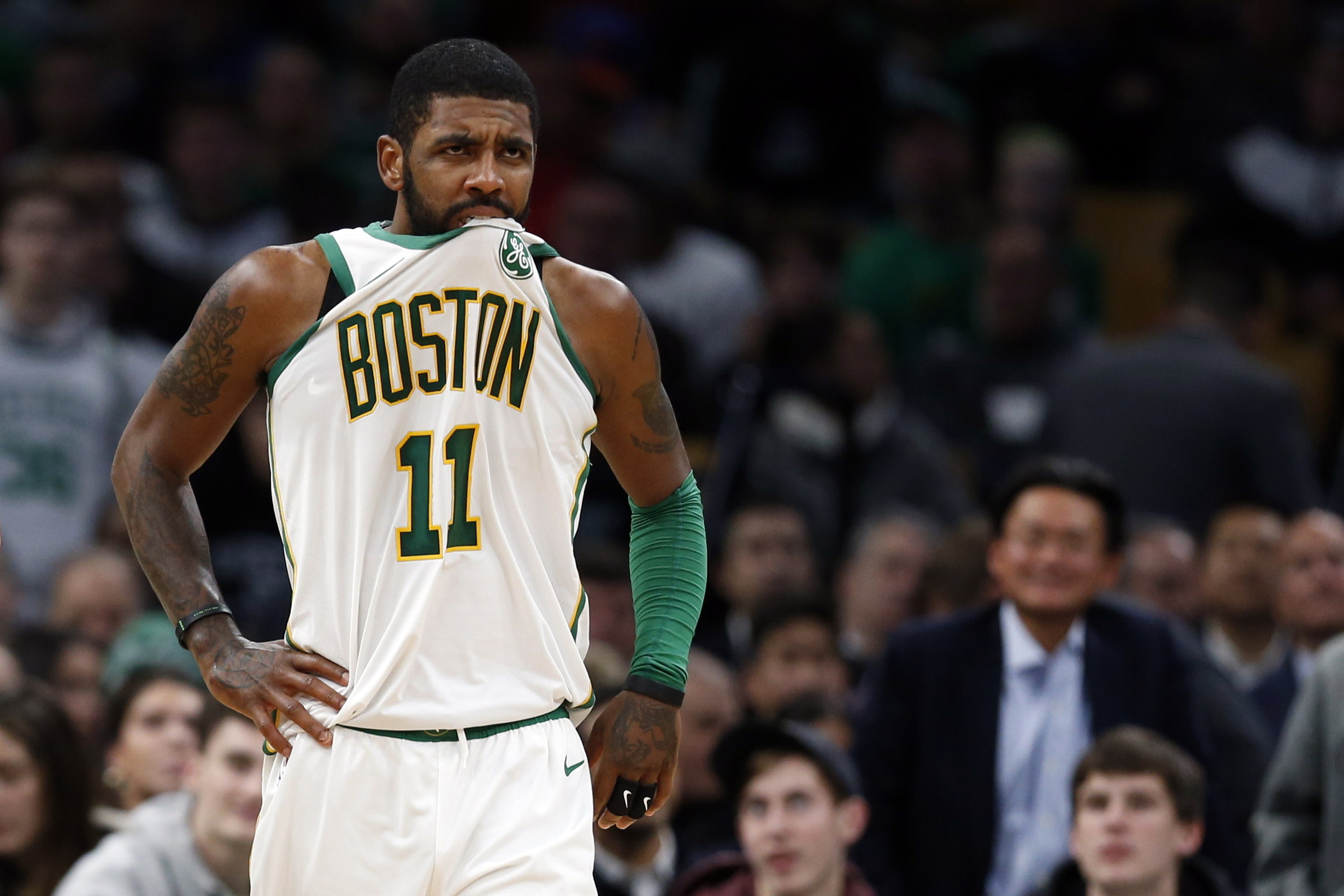 Celtics point guard Kyrie Irving caught a lot of flack for saying he believed the earth was flat, but what he stated after Wednesday’s 117-109 loss to the Knicks may actually draw even more attention, at least at first glance.

Irving was in the locker room after the loss, when a reporter wished him “Happy Thanksgiving.” Nothing was really meant by it — it was the type of closing you say to someone to wish them well during the holiday season. I did the same thing to the cashier upon buying my turkey on Wednesday.

The Celtics guard apparently did not take kindly to the comment, though. Here’s how he responded.

Yeesh, tell us how you really feel. But Kyrie does have a solid reason for feeling that way. Irving’s late mother was a part of the Standing Rock Sioux Tribe in North Dakota, so that’s why he feels the way he does.

Poor Kyrie. Not only does he have to deal with Thanksgiving, but a loss to the garbage Knicks on top of it is pretty brutal.