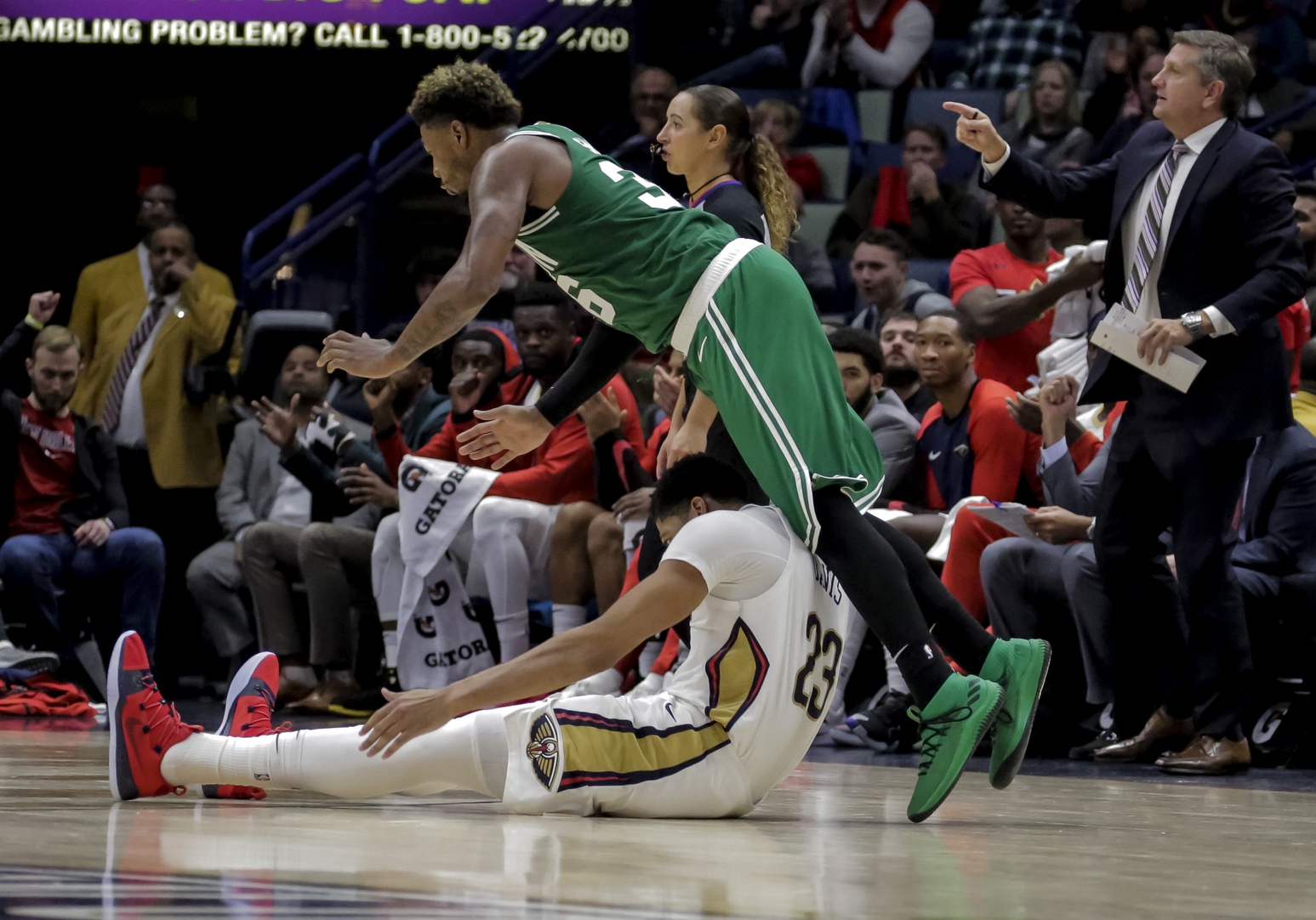 IN A NUTSHELL:
Last Saturday’s loss to the rebuilding Dallas Mavericks was a rude awakening for the Boston Celtics, revealing in excruciating fashion what happens when this squad falls asleep at the wheel. (You’d think the Knicks game would’ve done the trick in that regard, but I guess not.) Another defeat would put the Celtics below .500 for one of the first times since the second year of the Brad Stevens era.

They did not fall below .500. Playing bird-named teams seems to galvanize this team into action. (In related news, I just started a GoFundMe to name all NBA teams not already avian-monikered to be newly rechristened after birds. Please give generously.)

In one of the team’s most complete and well-executed performances of the season, the Celtics fired repeatedly with both barrels and didn’t let any mini-runs by the Pelicans—not even a virtuoso second half from Anthony Davis or a sustained attack by Nikola Mirotic—stop them. When the smoke cleared, Boston had won 124-107 to beat New Orleans at home, only the second time that’s happened thus far this season.

Here’s the dunk Tatum made, which is frickin’ great, albeit not as great as the almost-dunk noted above.

Jayson Tatum takes it to the rack and throws it down with authority in tonight’s @JetBlue Play of the Game! pic.twitter.com/4aXlyN0tHo