Keenan Allen exits game with injury on this play (Video) 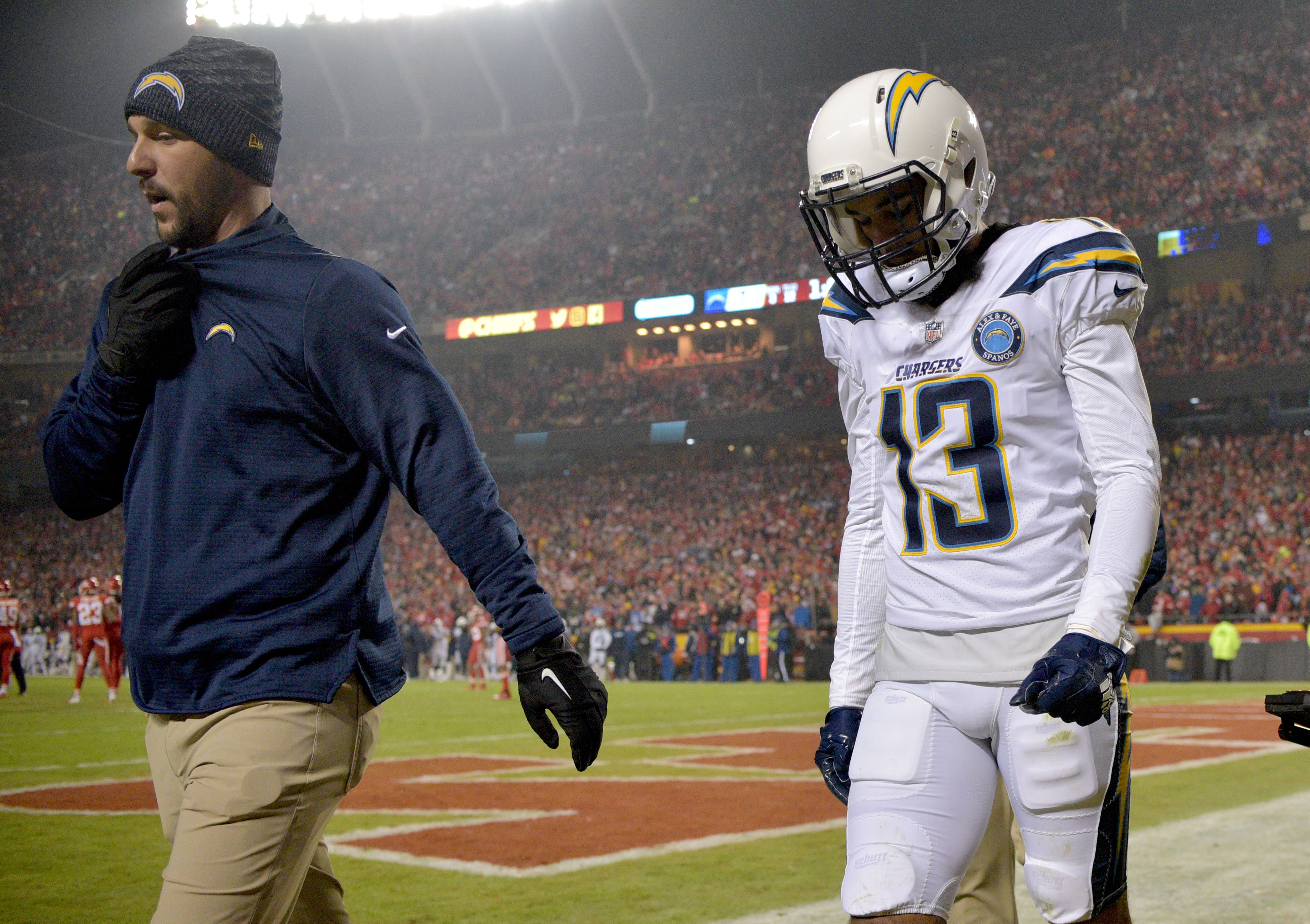 Keenan Allen exits game with injury on this play (Video)

The Chargers were undermanned on offense heading into Thursday’s pivotal showdown with the Chiefs — a game that will likely decide the AFC West title — and things sure didn’t get any easier on them when No. 1 receiver Keenan Allen suffered an injury in the second quarter of the game.

It happened when quarterback Philip Rivers threw a jump ball intended for Allen in the end zone, which the Chargers receiver went up to high-point — in double coverage. He came down with the ball and nearly completed the catch of the year, but it looked as if he was still bobbling the ball as his shoulder came down out of bounds.

Allen unfortunately landed on his hip, and he ended up injuring it.

He did try to return to the game, and did, for one play, but he was clearly in pain, and came off the field directly after. Allen remained on the sideline for the remainder of the game, so it will be interesting to see the extent of his hip injury, as his team will need him for their playoff push.