Your Afternoon Dump... Where the Celtics let one slip right through their fingers 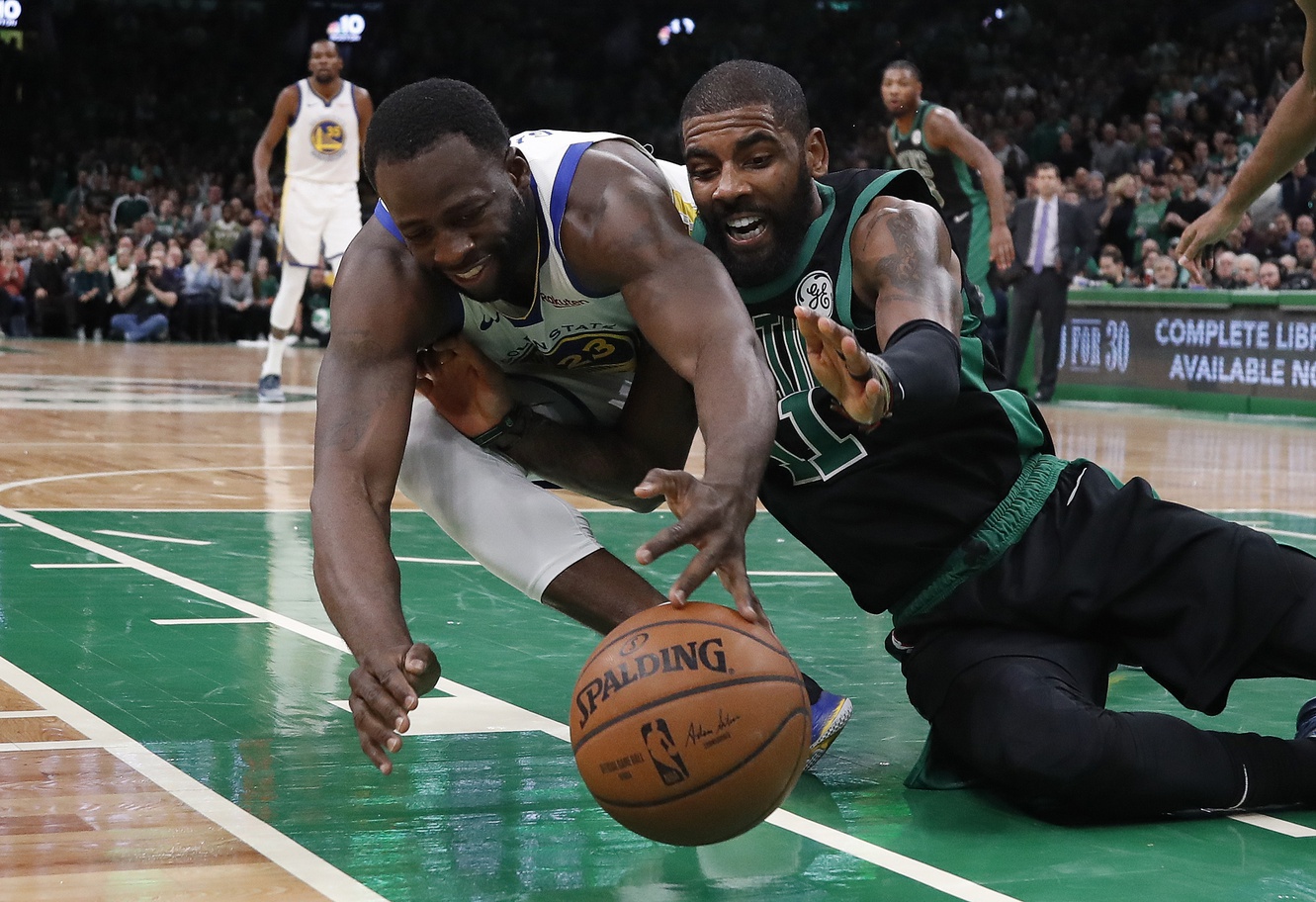 Your Afternoon Dump... Where the Celtics let one slip right through their fingers

Irving lost the ball three times in the fourth quarter and the Celtics’ next highest assist man, Al Horford, forked it over twice.

“Give them credit, but we also made some careless plays,” said Horford, whose 22-point, 13-rebound double-double lost some luster once the game turned messy, with the same sour ending applying to Irving’s 32-point, 10-assist evening.

“I had a couple of turnovers there, miscommunication, things like that. I have to be more solid with the ball,” Horford said. “Against that type of team you can’t make those types of mistakes or you’ll pay down the other end, and they did that. The way I look at it, there’s a lot we can learn as a group.”

Marcus Smart slipped with 8.6 seconds left, and the Celtics trailing by two points, while attempting to box out Draymond Green after the latter missed his second straight free throw. Green, unimpeded, grabbed the long rebound and Steph Curry, fouled two seconds later, put the game away from the line.

“I just literally just slipped,” Smart said. “I went in, something we work on day-in, day-out, I do it on a daily basis. And just lost my footing.

“It was me and Kyrie back there,” he said. “We talked about it, Kyrie was going to box out whoever it was, and I was going to get in and get the shooter and get the rebound. I don’t know what the hell happened.”

Those turnovers were maddening but the inability to clear the rebound after Draymond Green gagged the 2nd of consecutive misses was infuriating.

Spare me the excuse of “slipping” because Smart was not boxing out Green when he slipped. He stepped too far into the lane.

And can someone please tell me why Jayson Tatum was doing the tango with Kevin Durant?

There were other mistakes… like the inability to not foul jump-shooters:

The Warriors made five baskets and 14 free throws in the fourth quarter. Kevin Durant, Thompson and Stephen Curry were a combined 3-for-9 shooting in the final period. But the Warriors outshot the Celtics, 16-2, from the free throw line.

The bench had one basket (Terry Rozier’s put back) in the 2nd half.

I’ve taken a lot of heat for my criticism of Gordon Hayward but I’m no longer riding solo on that train. Twitter was loaded with negativity (shocking, huh?).

This one hurt and I’m pretty sure you can tell I’m still salty.

Mass Live – Irving, Celtics show how far they have to go | 10 Things we learned

NBC Sports – To get on Dubs level, no room for error | Curry scoffs at Kyrie’s “lucky” comments
ESPN – Celtics know more about what is holding them from ceiling