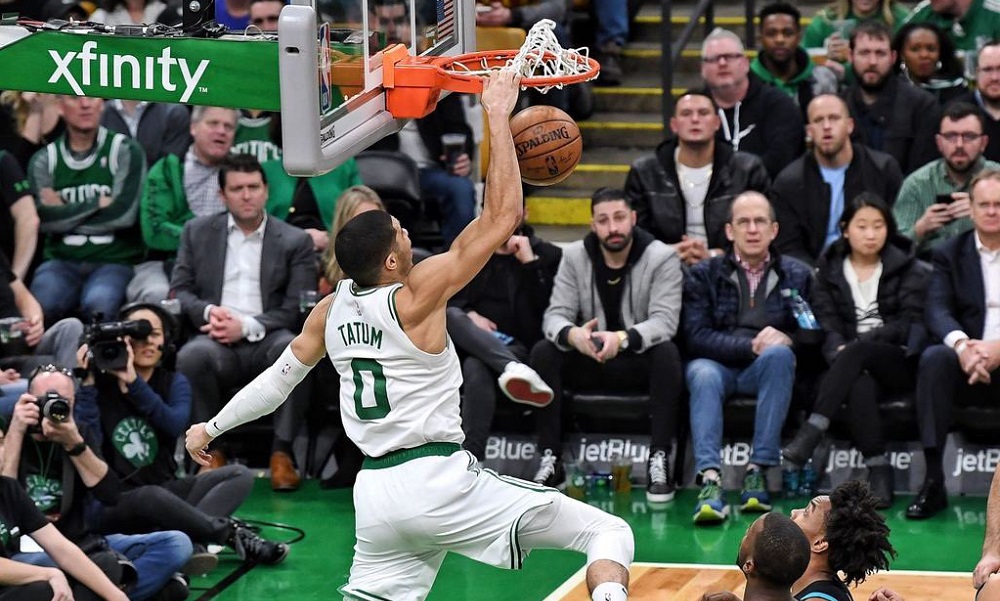 Charlotte wore their Buzz City uniforms tonight, but it was the Celtics who were buzzing as they blew out the Hornets, 126-94. The Celts finished their five-game home stand at 4-1 and now are 32-19 for the season.

The Celtics had their way early, jumping ahead 35-28 after one quarter and leading by 11 with four minutes left in the half. Charlotte then ran off 11 straight to tie it, but Boston recovered with a Terry Rozier last-second three to lead 63-59 at the half, behind Jayson Tatum and Jaylen Brown with 15 points each.

The third quarter, however, was all Celtics as they outscored Charlotte 35-16, holding the Hornets to 6-18 shooting, to take a 98-75 lead into the fourth quarter. That final frame was pure garbage time with the Cs’ lead peaking at 35 and Gino making an appearance with three minutes remaining. The Cs won the second half, 63-35.

Tatum scored 13 points in the first quarter on 6-8 shooting, Brown added 10 in the second quarter, and Rozier dropped 10 in the third.

Jaylen Brown has recorded the first 20-point, 10-rebound double-double of his NBA career

With 17 points and a season-high 10 assists, Terry Rozier has recorded his first double-double of 2018-19

The Hornets got an easy layup in the second quarter after none of the Celtics bothered to chase down a loose ball.

Kyrie Irving sat out for the second straight game with a hip injury.

The Celtics finished January with a 10-1 home record. The last time they won 10 home games in a month was March 1989.