All Jabari Parker wants to do with the Wizards is win 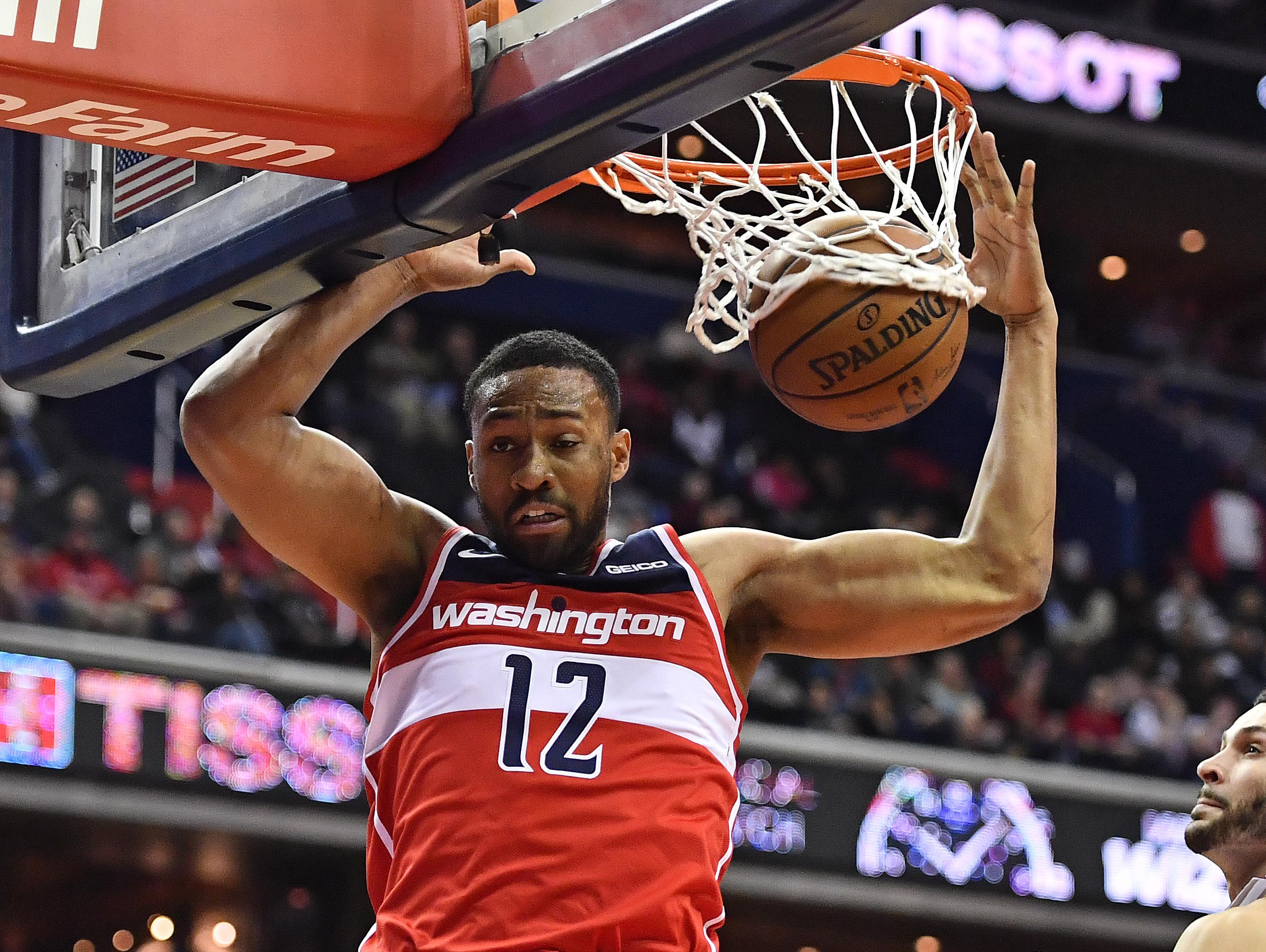 All Jabari Parker wants to do with the Wizards is win

The Washington Wizards are a very different team than they were less than a year ago after dealing Otto Porter and Markieff Morris on Wednesday night to get under the luxury tax. Porter was for all purposes a salary dump both for the present and future and big man Bobby Portis was the main asset acquired. That said, former No. 2 overall pick Jabari Parker is embracing his new start in D.C. and hoping to make the most of it.

“To be the player that I am, just be free,” Parker relayed his instructions from head coach Scott Brooks. “It’s more words with less words. He doesn’t have a lot of dialogue. I don’t take that for granted [being trusted].”

The former Duke product had a very solid debut in his red, white, and blue threads. In just 23 minutes off the bench, the forward had a near triple-double with seven points, 11 rebounds, and a career-high tying nine assists. With Portis popping off for 30 points on 12-of-17 shooting, Parker took a back seat in the scoring department and played the role of a solid glue guy. Given that he is taking some of Porter’s minutes, one of the ultimate glue guys, it was rather fitting that Parker filled the spot to perfection less than 48 hours after hearing of the news he would be headed to the nation’s capital.

“Not a lot of people know that he has an all-around game,” Brooks said. “I mean, he had, actually, I thought he took six shots but he probably passed up six. He could have easily had 12 to 13 [or] 14 shots. He’s passing the ball, rebounding. He’s a good player.”

Is that Giannis or Jabari Parker?! pic.twitter.com/xPIYZ8rUmC

Unlike Portis, Parker was expecting to be dealt at the NBA’s trade deadline. Despite being just 23-years old, Parker is not naïve to the business nature of the league in his fifth season in the NBA. After signing a pretty lucrative two-year, $40 million deal last summer with his hometown Chicago Bulls it became quickly aware that he would not mesh well under coach Jim Boylen. When asked how the previous 48 hours were like on Friday night, Parker immediately responded, “it’s been great,” which gives you an idea of how he felt about his time with the Bulls.

It is highly unlikely that Washington would sacrifice their limited available cap space next summer to pick up Parker’s $20 million team option, so he is probably on a two-month audition for the rest of the league come July 1. Parker likely knows that there is a good chance he is on his fourth team in a year’s time, but is still trying to handle the business presently at hand.

“Rely on the leaders. Whatever they need, expect out of me, I try to do that. I really want to win, man. That’s all I want to do. That’s all I ever wanted to do. Playing this game was to win so whatever it takes,” Parker stated genuinely.

Despite breaking up the core and Death Row D.C. nucleus that was a few plays away from the Eastern Conference Finals less than two years ago, the Wizards are puzzlingly still trying to make the playoffs this season. Ted Leonsis maintains that he wants the team to put out a product on the court that can be respected by fans, but in doing so is holding his team hostage in NBA purgatory instead of going for the No. 7 lottery pick that they are currently positioned for. That aside, Parker’s talents help in a playoff push.

“I was actually really surprised at how well he was able to mesh well quickly on the fly like that, him and Jabari [Parker],” Bradley Beal said about his new teammates from the Bulls. “It was almost like just free-flowing. That is kind of how we play anyway. It is not hard to adapt to our offense and how we play. We are used to guys being the same size, switching a lot of things on defense on that aspect, and they are two big bodies. They are both big boys. Bobby [Portis] is unbelievable. Jabari is unbelievable. They are both athletic, they can shoot the ball, they can post you up. They can do a lot of things for us and I think their versatility is going to help us out a lot.”

“He’s a spectacular player that loves handling the ball and giving the ball as well,” Portis said. “He can handle the ball and play multiple positions and he’s a mismatch problem. Most four-man aren’t told to guard the ball as much as he handles the ball.”

In a vacuum, the Wizards are a better team with Portis and Parker over Porter (granted it was re-signing the latter and not drafting the former that got them into some of their current mess to begin with) so they still have a chance at making the playoffs. They are currently three games back of No. 8 Miami. Parker is a very skilled offensive player and Porter was struggling mightily to be the No. 2 guy that the team needed him to be. It is just one game, but the playmaking that Parker provided is a welcome sight and he humbly attributed it to his teammates.

“Playing with great guys. It helps when you have great guys. So that was a really good thing. Enjoyed playing with them. The game is more about everything else [besides scoring] so that’s what I tried to do,” Parker explained. “Playing with Trevor [Ariza] is just a great thing because his history. I grew up watching the guy. He has a good feel for the game.”

For the second time this season, the Wizards will face off against a team they just traded with days prior and that means Parker returning home to see the Bulls. When asked if he has any emotional attachment to his now former team, he immediately responded, “oh no, not at all.” Instead, he is looking to support his teammate.

“That is something that will happen a few minute before like preparation, but I want to be there for Bobby [Portis]. Be there for him, understand that’s an important game for him because that’s his first time playing against his opposing team. Milwaukee games were my games, in my opinion, because that was the first time. I want him to have that and to look out for him.”