Your Morning Dump... Where basketball is fun again for the Celtics 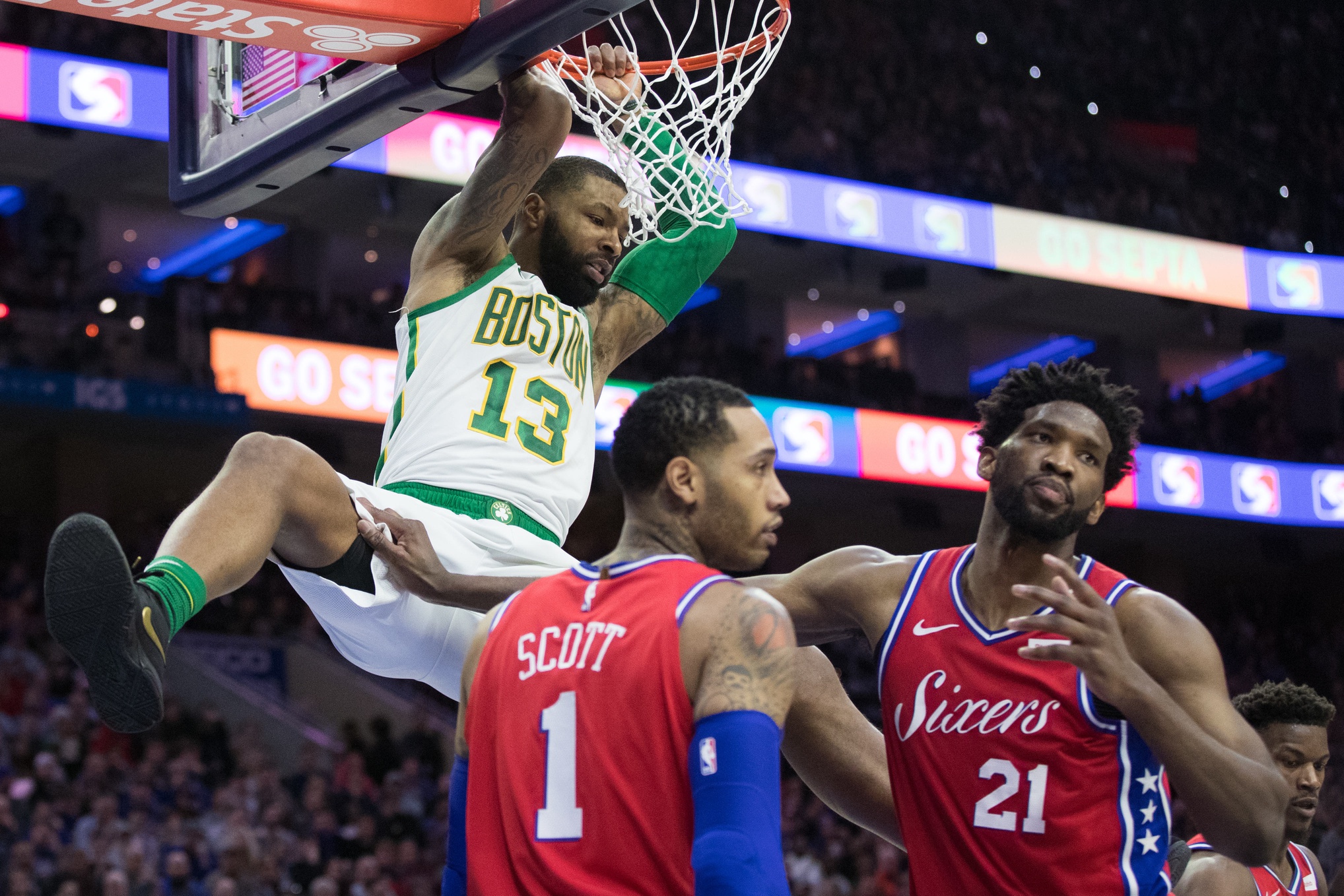 Your Morning Dump... Where basketball is fun again for the Celtics

“Last couple games really made me think about my affect on the game and what I was doing and my energy and things like that,” Morris said. “And I just tried to change it and tried to make it be reflective down the line.”

“I felt like they got Tobias for me to kind of match up against me because honestly I thought in the starting lineup I was kind of like the wild card every time we played,” Morris said. “I thought it was effective, man. I just tried to stay aggressive, tried to let him feel me a little bit, just hit him in his chest a couple times and keep going.”

Marcus Morris might not be a problem solver but he’s certainly a solution finder. I love that his proposed fix to the Celtics’ alarming lack of energy was to never pass the ball and make Tobias Harris look silly in isolation. It’s possibly one of the worst solutions he could come up with and yet it’s right in his wheelhouse to just brute force his way to an 18 point game.

While Morris’ postgame comments often accurately represent the state of the team, they’re generally more reflective of his own play. The lack of energy he spoke of after two disappointing losses to teams from Los Angeles was a fair criticism of the team’s play, but his defensive shortcomings were a major problem in those games, and I think he knew that.

I agree, Joel! Maybe not for the same reasons you did, but yes, there were problems. Like that time Jimmy Butler stuck his leg way out on a shot and got free throws for it? Definitely not a foul. And when he did it again a minute later? Still not a foul.

Philadelphia was awarded 31 free throws and made 22.

I know the rest of the sports-watching universe hates Boston and will disagree with me here, but I need everyone to understand something: Boston hardly gets any calls when driving to the rim. Per NBA.com’s stats, the Celtics take the least amount of shots in the league that result in free throws. They’re 24th in total drives to the basket per game, so maybe part of the solution lies there, but I have no doubts that both Jayson Tatum and Kyrie Irving deserve more free throws than they get.

Denver guard Isaiah Thomas will decide early in the day about possibly making his season debut vs. Sacramento on Wednesday, league source tells ESPN. Nuggets have upgraded Thomas to questionable. He's been out since hip surgery last March.

I will root for Isaiah forever. I just really, really hope his hip is right this time and he’s not forcing himself to play injured. Denver and Sacramento are two of the most fun teams to watch this year, so I might have to split my attention between the Celtics and Pistons tonight if Isaiah is playing.

Isaiah Thomas (finally) gets his tribute video in Boston on March 18.

That will be 670 days after he played his final game for the team. https://t.co/ubJndJ4gr0

MassLive: Five stats that show the Boston Celtics are just fine (and three that show they’re not) | Former Celtics star Isaiah Thomas could return from injury Wednesday for the Denver Nuggets

Boston.com: What Boston sports radio is saying about the Celtics | Gordon Hayward shines as Celtics beat Sixers yet again

NESN: What Kevin Garnett thinks Celtics must do to get out of current funk