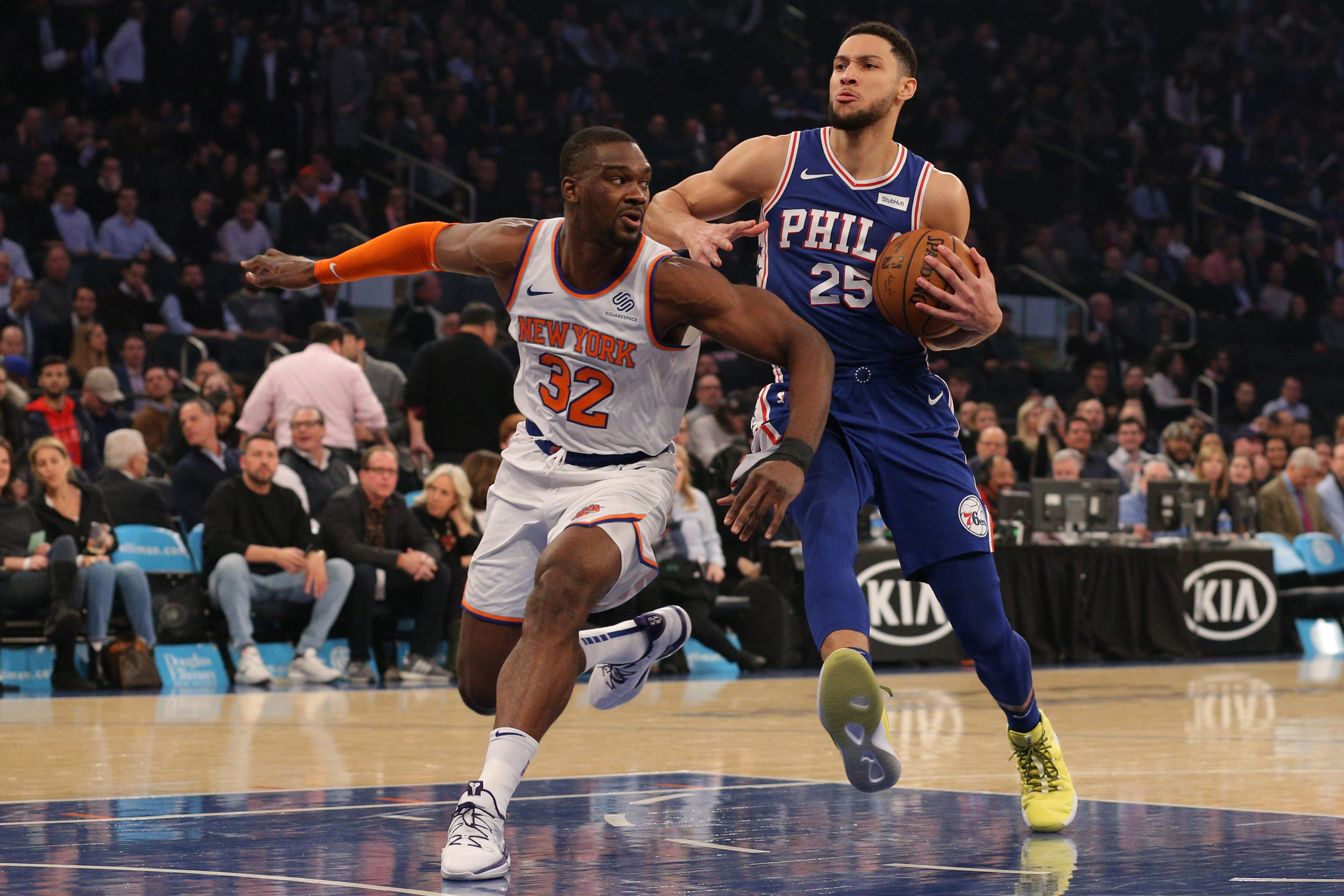 Ben Simmons didn’t look like a very nice guy after he ‘pranked’ a fan after the game.

The Philadelphia 76ers were victorious on Wednesday night, with a solid win over the inferior New York Knicks. Although the Sixers were expected to win, it was an exciting night for one of their newest stars, Tobias Harris. Unfortunately, Harris’ big game is not what everybody wants to talk about on Thursday morning.

After the game, Sixers guard Ben Simmons was headed back to the visiting locker room after wrapping up on the court. As he usually does, Simmons reached out to hand his sneaker off to a fan in the stands. Someone who was in the area was filming the exchange that never seemed to go down.

Once Simmons realized who was receiving the sneaker, he quickly snatched it away and kept moving. That’s when the video stopped. Not even 15 minutes after the ‘fake-out’ and Simmons is going viral for being what some would call a jerk. Simmons has addressed the situation to defend himself, but many NBA fans on social media already had their mind made up about Simmons. He was a bad guy.

Now that everybody made their jokes about the whole situation and made Simmons look like the bad guy, it’s time to find out what really happened. One fan, in particular, speculated that Simmons was never looking at the fan who ended up grabbing the sneaker. Instead, Simmons was eyeing up a younger fan, but it was tough to see him in the clip. Apparently, when Simmons realized who he was giving the sneaker to, he snatched it back. As it turns out, that theory was correct.

Was givin it to a kid pic.twitter.com/4QMqnCieNX

Another fan, who was in the area happened to capture a picture of Simmons finally giving away his sneaker. But this time, it was to a younger kid. For those who don’t know, this is a daily occurrence for Simmons. After every game, he issues his game-worn jersey and sneakers to young Sixers fans in the crowd. So for everybody trashing Simmons for his ‘prank’ on Wednesday, understand that it was all just a misunderstanding. Simmons was doing it for the kids, not to be a jerk.