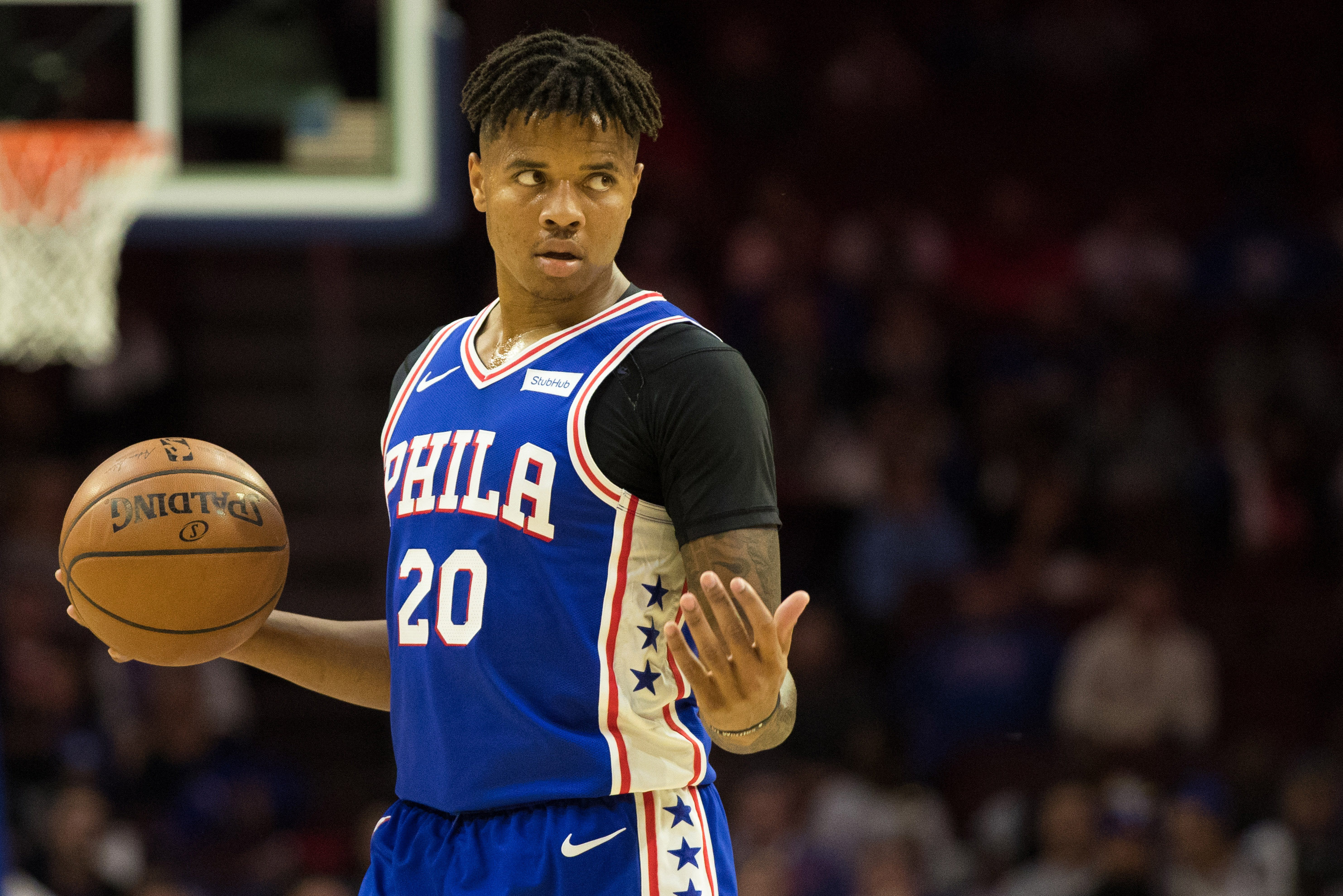 Apparently, the Sixers coaching staff did not push Markelle Fultz to be a better player.

Philadelphia 76ers former first-overall pick Markelle Fultz has officially linked up with the Orlando Magic. The trade was made official last week, but the Magic waited seven days until they finally introduced their newest guard. When will Fultz play for the Magic? Nobody knows. But we do know one thing now – Fultz is excited to get his fresh start.

Obviously, the entire ordeal between the Sixers and Fultz is going to go down as one of the strangest situations in sports over the last decade. It took well over a year, with several different doctors for Fultz to finally find a diagnosis for his shoulder injury. We have no idea how it started, and we have no clue whether Fultz will get back to his old ways shooting or not. Hence the reason why the Sixers didn’t hesitate to move the former first pick.

So we’re all happy for Fultz and what not, but of course, the young guard had to throw in a puzzling statement during his introductory press conference. Instead of just discussing his future with the Magic, Fultz appeared to throw some shade towards the Sixers coaching staff. He wasn’t direct, but it was clear what Fultz was trying to say.

Does Fultz have an issue with Brett Brown?

#Magic PG Markelle Fultz: "It really excites me to have coaches that are going to push you and not just tell you what you want to hear…"

Apparently, the Sixers didn’t push Fultz during his short tenure in Philly. Instead, Fultz subliminally accuses Brett Brown of telling him what he wants to hear. Am I surprised about his second statement? Not at all. Brett Brown is a players-first coach and definitely cares about his guy’s feelings. So if it takes telling them what they need to hear to keep or restore confidence, Brown would probably do it.

Now on to the irony of the statement…

However, for Fultz to say that he wasn’t ‘pushed’ is bogus. We’re talking about the same player here, who had the team waiting on him to finally say that he wanted to play basketball during his rookie season. The same player that automatically removed himself from the team because he was benched for an entire second half. Availability is vital in the NBA, and Fultz was hardly available to play for the Sixers.

In all honesty, the Sixers were likely walking on eggshells when it came to Fultz. Considering that Fultz’s camp (The Raymond Brothers and his mother) were constantly causing issues with the Sixers front office behind the scenes, they had to play it safe with the young star.

At one point, Fultz’s representatives were discussing a potential lawsuit for the Sixers since apparently, Fultz was playing through an injury. Now, Fultz is claiming that Brown and the Sixers didn’t push him enough.

Does Fultz not see how much of a ridiculous scenario this was for the Sixers?  What exactly did he expect? The Sixers were more than patient with Fultz’s situation, but in the end, he gave them nothing to look forward to. It’s hard to push a player to do better when he’s hardly around. Hopefully, the Sixers officially giving up on him is enough push to get him back on track.