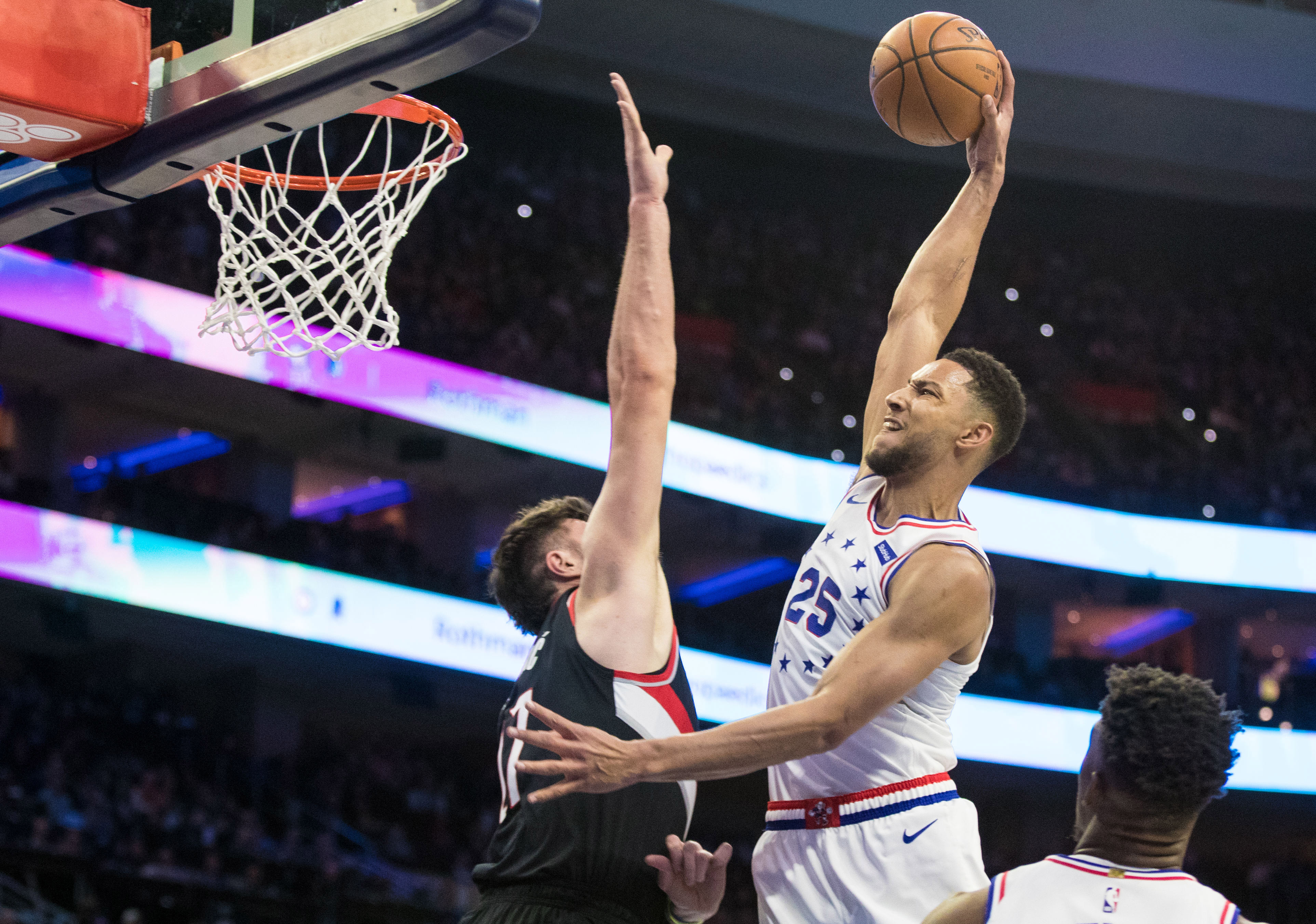 That Ben Simmons sure plays with a chip on his shoulder. And by now, he seems pretty annoyed that players are starting to give him lip about his struggles to shoot the ball. Recently, the Portland Trail Blazers traveled to Philly to take on the Philadelphia 76ers for a Saturday afternoon tip-off.

Once again, the Blazers defeated the Sixers with ease. Granted, the Sixers were without arguably their best player in Joel Embiid, but that doesn’t excuse the Sixers allowing the Blazers to completely dominate them on offense.

As for Simmons, well, he was frustrated all day. And when he failed to make a routine foul shot, he decided to respond to some smack talk from Blazers’ center, Jusuf Nurkic. I’m sure by now you’ve seen the video, but in case you haven’t, or just want to see it again for another laugh we can check it out again.

Ben Simmons wasn’t having it with Nurkic: “You talk a lot of s–t for being ass” 😳 *NSFW* pic.twitter.com/Tw9tfXrD9l

Ben Simmons had an interesting set of words for Nurkic there. Unfortunately, Simmons description of Nurkic’s game didn’t age well after this one. Nurkic ended the game with a double-double by collecting 24 points, with ten rebounds. Trash talk is trash talk though, and I have to credit Simmons for sticking up for himself.

Nurkic felt some type of way though after the game, as he considered to add fuel to the fire. According to Blazers’ reporter Casey Holdahl, Nurkic continued to trash Simmons’ ability to shoot, as the rest of the NBA world does on what feels like a daily basis.

Nurkic claimed that he’s a better shooter than Simmons. Considering that Nurkic is a center, yes, that should be offensive for the guard. However, Simmons does have a better field-goal percentage and averages more points-per-game than Nurkic does. It’s understandable that doesn’t actually say if Simmons shoots better or not, but why does that honestly matter right now?

Simmons can now call himself an All-Star. Where was Jusuf Nurkic at last Sunday? Just saying. Once again, Simmons’ fall victim to the “you can’t shoot narrative” but at the same time, he’s still an essential piece to his team’s success. Regardless of who’s the better shooter though, all credit to Simmons and Nurkic for making things interesting. Keep on talking that smack, because we love a good basketball beef.