Why is Ben Simmons practicing shots from Steph Curry range? 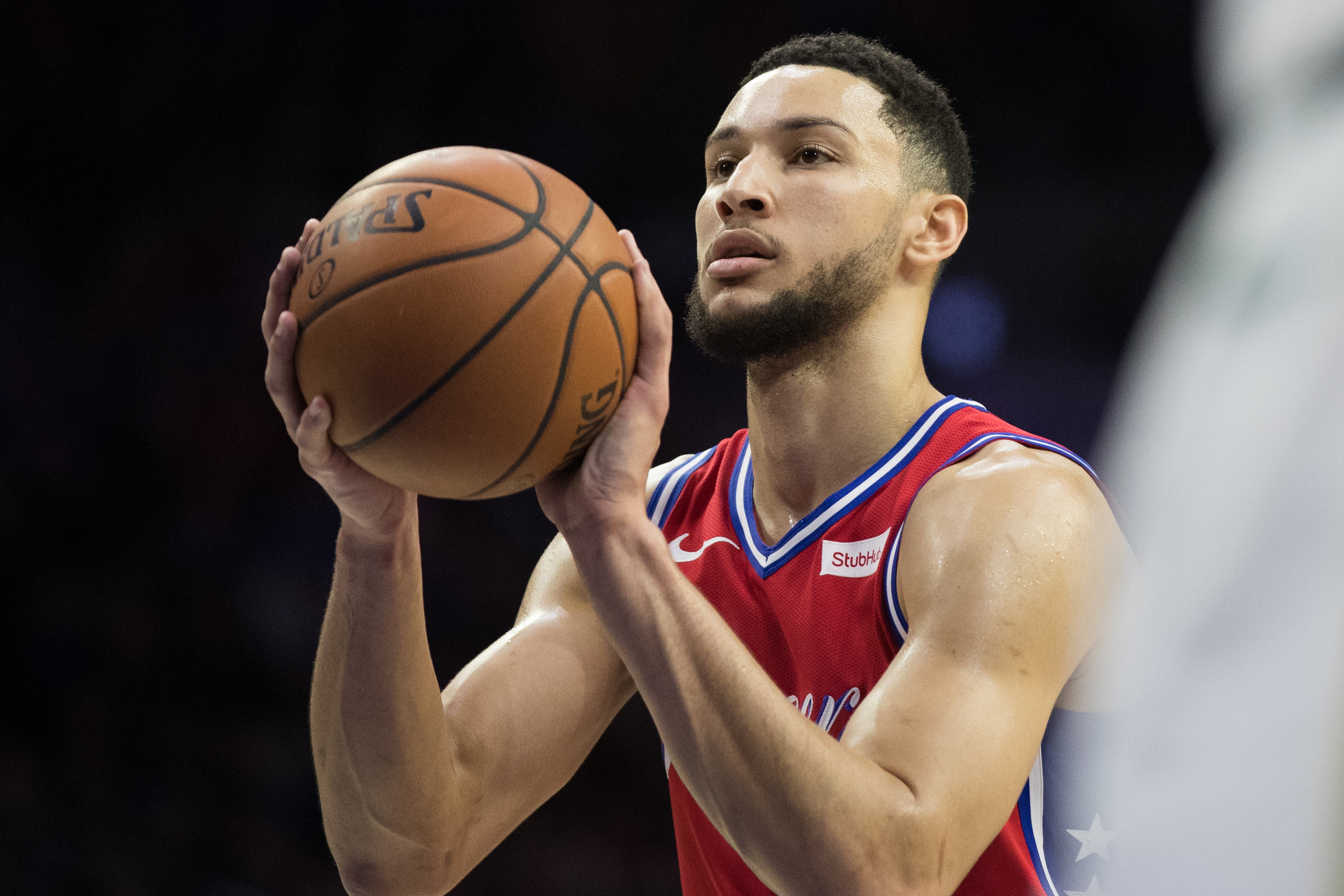 Why is Ben Simmons practicing shots from Steph Curry range?

Ben Simmons has been working on his long-range shooting, which is excellent. But why so far, Ben?

Ben Simmons might be one of the best young players in the NBA. So far, he’s got a Rookie of the Year accolade, and an All-Star induction to back that claim. But one thing that Simmons hasn’t been able to master yet in his young career is his long-range jump shot.

Last season, Simmons was dominating on offense in ways that he was strictly familiar with. Seeing him never attempt a shot from the three-point range while defenseless was frustrating though. I mean, seriously, nobody would even bother to defend him if he wasn’t near the paint. It was hard to watch from a spectators standpoint, but it’s also puzzling. Why wouldn’t Simmons just attempt some of those shots?

Everybody came up with the obvious answer to the question – Simmons can’t shoot. Is that actually true though? He may not be a great shooter, but he can definitely shoot from three-point range. He apparently wants to, since he practices it before almost every game. But Simmons just simply won’t attempt it during a game. He did it once just two weekends ago, and that was it.

If you ask Sixers’ head coach Brett Brown, he will tell you that Simmons broke the seal, and will attempt more three’s. However, we haven’t seen it yet. Is it coming soon? It has to be. Simmons works on it during his pregame warmups too much to not at least try and put it to work. Everybody will appreciate an attempt or two per game. But one thing nobody needs to see is Simmons go and try to attempt to shoot from Steph Curry range.

Would Simmons seriously try this?

I get that its practice but ease up on the range, chief. Simmons must get bored shooting from traditional three-point land so much so he feels the need to go and practice from what many may call ‘Steph Curry range.’ Hopefully, Simmons can hit one of these in game situations sometime in the future. But for now, let’s stick to the basics, Ben.

One of these days we’re going to be shocked. Simmons is going to take multiple three’s and who knows, after all of this practicing he’s doing he just might hit a few. That’s the last thing that the Sixers opponents want to see is a dangerous Ben Simmons draining shots consistently from beyond the arc. But don’t fool all of us right now, Simmons. You’re not taking one of these shots unless you’re trying to hit a buzzer beater. Keep the realities in check.