Joel Embiid's return could get pushed back once again 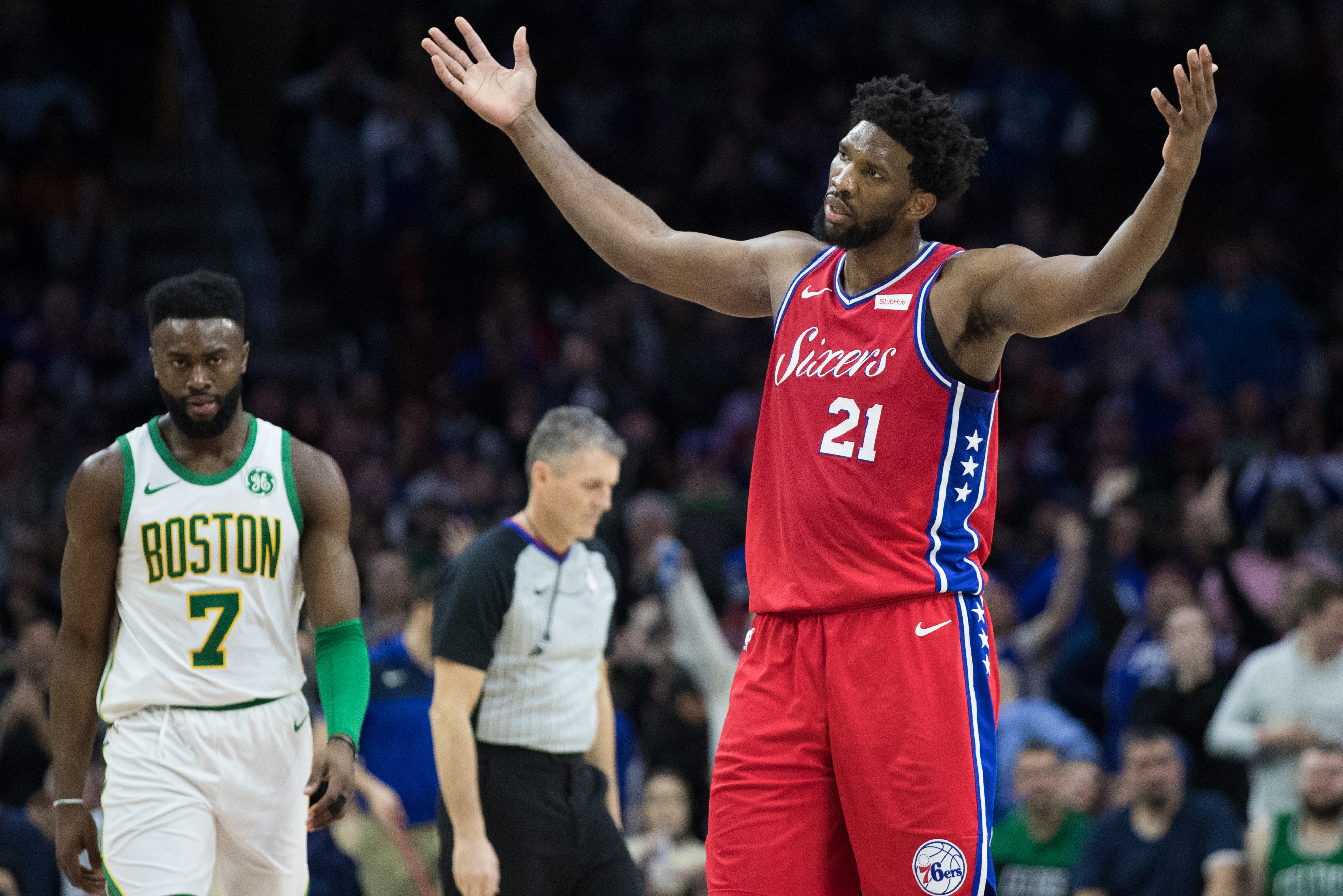 Joel Embiid's return could get pushed back once again

The Philadelphia 76ers are doing okay without Joel Embiid, but they could still use him back.

Finally, at last – the Philadelphia 76ers were able to defeat the Oklahoma City Thunder. And yes, they were able to accomplish it without their All-Star center, Joel Embiid. Granted, OKC was missing one of their best players as well, but I won’t ruin the moment.

With that being said, I can’t wait for Embiid to get back out on the floor. The Sixers have been stable without him, as they notched three wins and a loss since his absence. So I wouldn’t say rush the guy back. But at the same time, the Sixers are still working on team chemistry, and it’s getting better each and every game. So if Embiid comes back way later than scheduled, then he would be missing some valuable time in developing a rhythm with the team.

By now, Embiid should be back if the Sixers went with the original plan. Embiid would’ve been re-evaluated on Wednesday or Thursday, and his game status would’ve been determined hours before the matchup against OKC. Instead, the Sixers pushed back his re-evaluation to Saturday. Seeing as though his ‘knee soreness’ should be feeling better by now, Brett Brown isn’t getting too excited as the Sixers medical staff will retake a look at Embiid this weekend before they host Golden State.

Will Embiid play against the Warriors?

#Sixers coach Brett Brown had a different stance one day after saying he expected Joel Embiid to return Saturday: "In relation to will he play Saturday against Golden State, we don't know that, and the fans should hear that. It's still completely up in the air. … "

First, Brett Brown told everybody that Embiid’s re-evaluation should get cleared and that he should be able to play this weekend. Now, he is going back on that statement and saying that there’s a possibility that he doesn’t return as early as everybody thinks. Honestly, Brett Brown made the right decision to backpedal on this one.

We all know how tricky Embiid’s injuries can be. One minute he’s fine and dominant. The next minute, he’s out for weeks at a time as he suddenly is injured. We’ve expected these kinds of complications with Embiid ever since his arrival here, and unfortunately, that’s the price that you have to pay when you’ve got a big man who’s clearly injury prone.