Ben Simmons seems to really like Philly, despite what rumors say 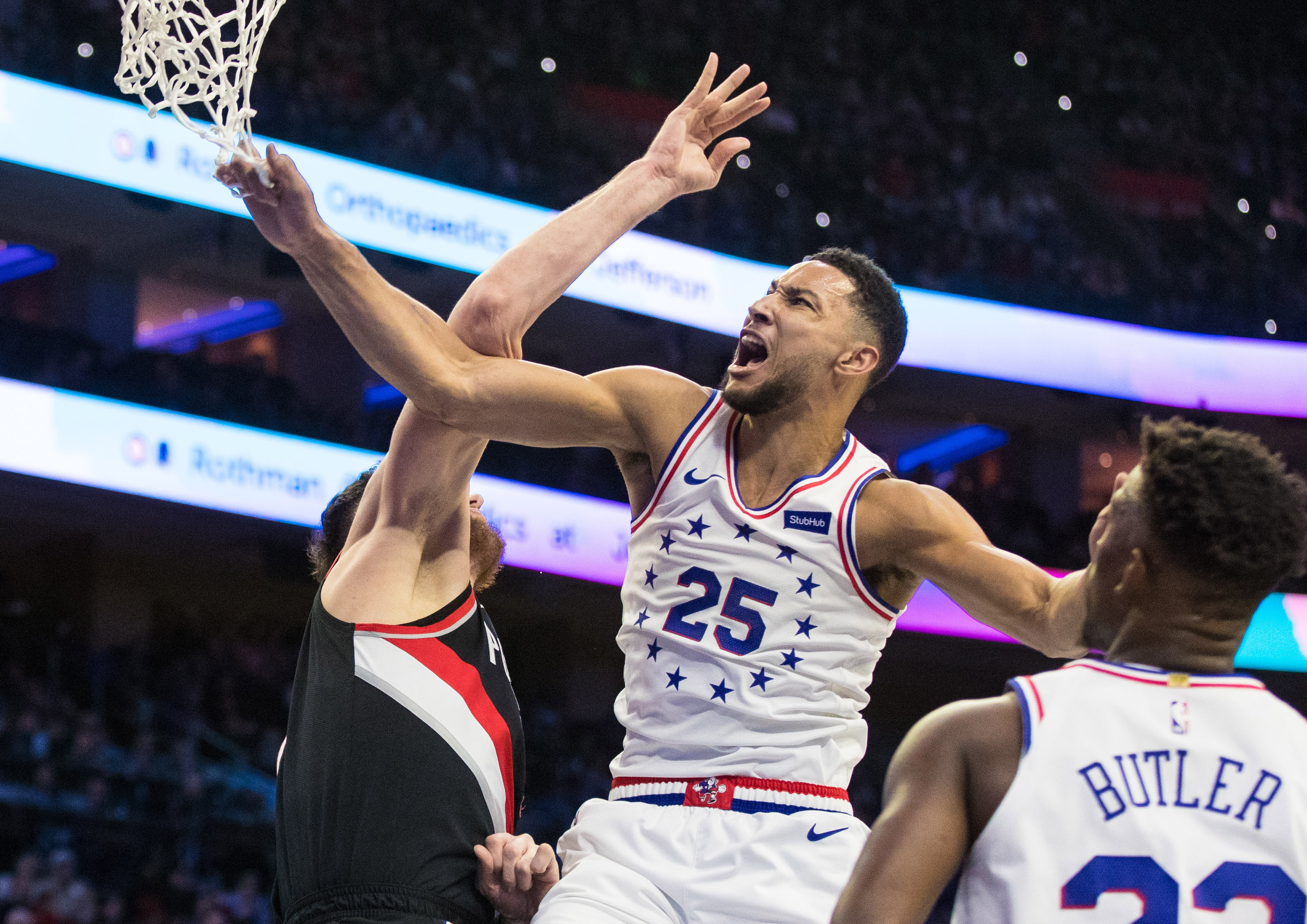 Ben Simmons seems to really like Philly, despite what rumors say

While everybody is worried about whether Ben Simmons is thinking about moving to L.A. soon or not, Simmons is genuinely enjoying his time in the city of Philadelphia.

You’ve got to love a good ol’ fan-made rumor that the national media eventually runs with! The Philadelphia 76ers drafted LSU guard Ben Simmons with their No. 1 overall pick a couple of years ago. And unlike the situation with Markelle Fultz, the Sixers seem to see a bright future with young Simmons aka, the ‘Fresh Prince.’

Ben Simmons has made it known many times that the love Philly has for him is mutual, but nobody wants to honestly believe it. No thanks to Ben Simmons’ two close relationships right now, many are under the impression that Ben is looking elsewhere for the future. And by elsewhere, I mean Los Angeles.

It’s no secret that Ben Simmons is very good friends with LeBron James. Ever since Simmons’ joined the NBA, LeBron has taken a young Ben Simmons under his wing. Although LeBron had the chance to join his buddy in Philadelphia this past offseason, the NBA star decided that he likes nice weather and large television/movie markets more than winning basketball games apparently.

That’s not me throwing shade at LeBron, but I am just stating facts. Of course, though, everybody believes that Simmons wants to join his pal LeBron in L.A. since his current girlfriend Kendall Jenner is also a reality star and model based out of L.A. as well. Unfortunately for those who roll with that narrative, Simmons once again shows how much he loves the City of Brotherly Love.

Simmons shakes up the narrative

The last couple of days have been overwhelming for Philly sports. With the Philadelphia Phillies signing Bryce Harper to the biggest contract in Philly sports, everybody has been on a high. And not just the fans, the athletes as well. When Harper signed on Thursday afternoon, many Philadelphia Eagles players tweeted out their excitement.

As you can see, Eagles wideout Alshon Jeffery tweeted “Philadelphia the place to be!!!” That led to a few other guys responding in agreement. Ben Simmons included. Now, why would a guy who plans on ditching Philly continue to make it known that he loves where he’s at?

The theory doesn’t make much sense. Things can change over time for sure (knock on wood), but right now Simmons has given no other indication that he wants to dart out West when his time is up. Saying Simmons wants out of Philly for L.A. because of LeBron and Kendall is a lazy narrative. Find a new slant, people.