Sixers should've held Joel Embiid out from the All-Star game 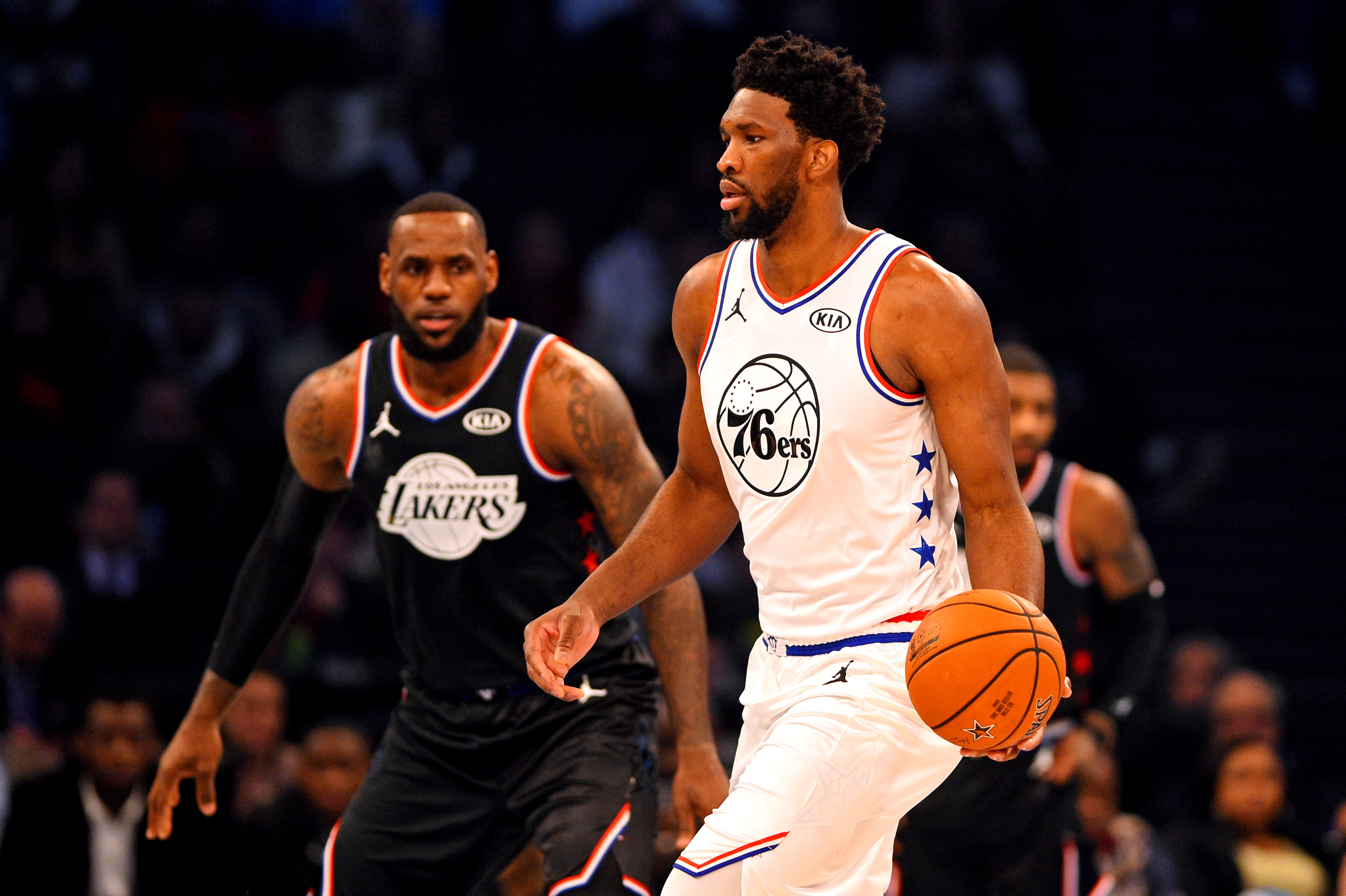 Sixers should've held Joel Embiid out from the All-Star game

Now that he’s been out for over a week, maybe the Sixers shouldn’t have let Joel Embiid play in the All-Star game.

Two weeks ago, Philadelphia 76ers center Joel Embiid laced up his sneakers to play in a meaningless basketball game in Charlotte. It was great to see the Sixers’ big man compete in his second straight All-Star game, but at this point, it might’ve been even better to not see him play at all.

Before the meaningless game, Embiid seemed to have a bit of a problem with his knee. Before All-Star weekend even went down, the Sixers were constantly evaluating his knee. Embiid was cleared for the All-Star game, but it was evident that the seven-footer was not putting all of his efforts into the matchup. At first, it seemed like he was just out there going through the motions since the game didn’t matter. But maybe it’s deeper than that now.

Embiid’s set to miss Game No. 5

When Embiid returned to Philly, he underwent an MRI, which came back negative. Despite the results of no structural damage, he still had a diagnosis of Knee Tendinitis. Sixers’ head coach Brett Brown said the medical staff would re-evaluate Embiid in a week. Fast forward to a week later and Embiid’s medical update gets pushed back a couple of days.

Time to panic? Not just yet. They should offer an in-depth medical update on Saturday, although they already ruled Embiid out for the fifth-straight game. Fortunately, the Sixers have been alright without him, but now his absence is becoming a bit more concerning than it originally was.

We’ve seen this movie before with the Sixers – especially with Joel Embiid. One minute we’re being told that he’s out for a week. Next minute, he could be out for a month, or maybe even more. That’s just the Sixers way, and there’s nothing we can do about it.

However, maybe the Sixers will learn a lesson from this – Never, ever allow your All-Star center compete in that meaningless game if he may or may not be healthy. It’s one-hundred percent or nothing. What in the world were the Sixers thinking?