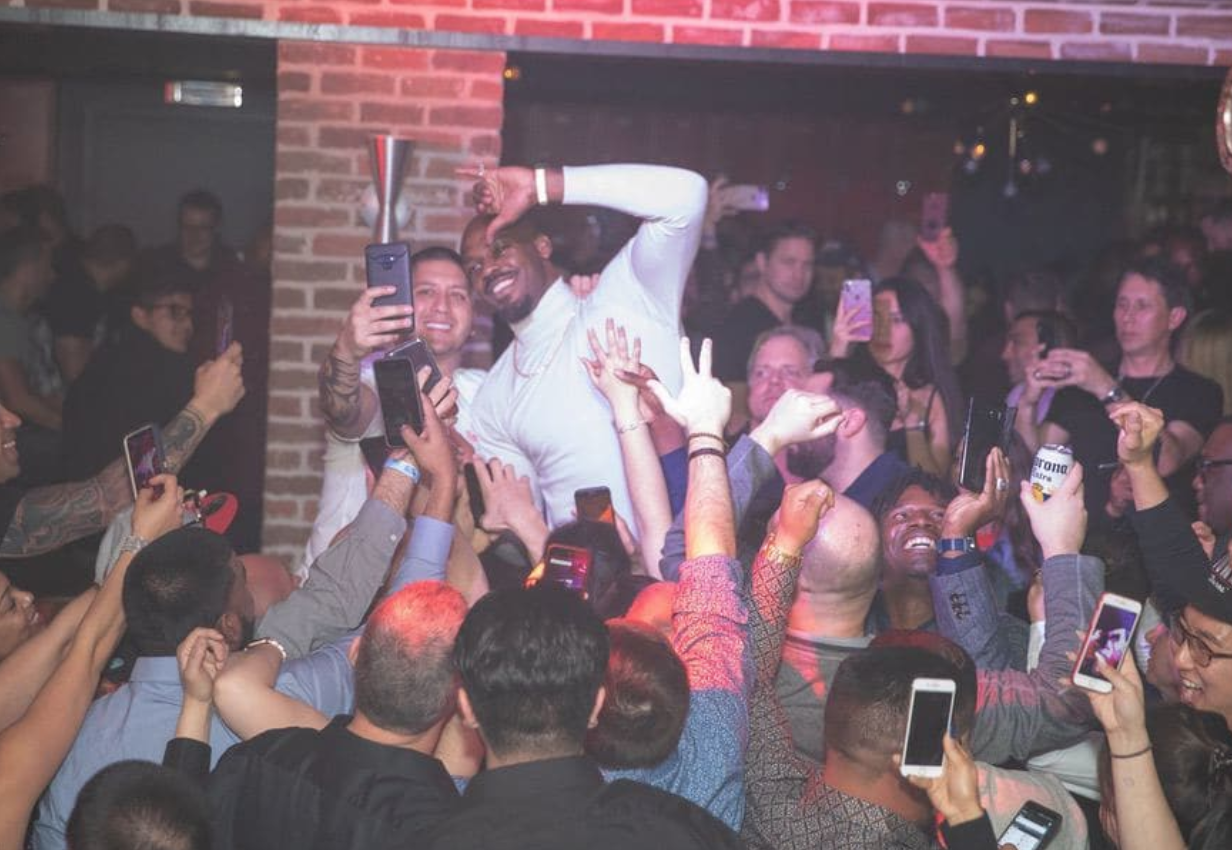 Jon Jones was one of the most popular men in Las Vegas on Saturday night, after defeating the overmatched Anthony Smith with ease at UFC 235.

It was one of the easiest wins of his UFC career, and it was almost as if he had a fight set up that he had very little chance of actually losing, given Smith’s background.

Still, a win is a win, and Jones outclassed Smith in the fight — which actually went to decision. He hit the club to celebrate afterward, electing to party it up at On The Record.

There was champagne, a brief speech and a lot of Jones’ friends in attendance, as you can see in the video (obtained by TMZ Sports) below.

It looked like everyone enjoyed themselves at the party.