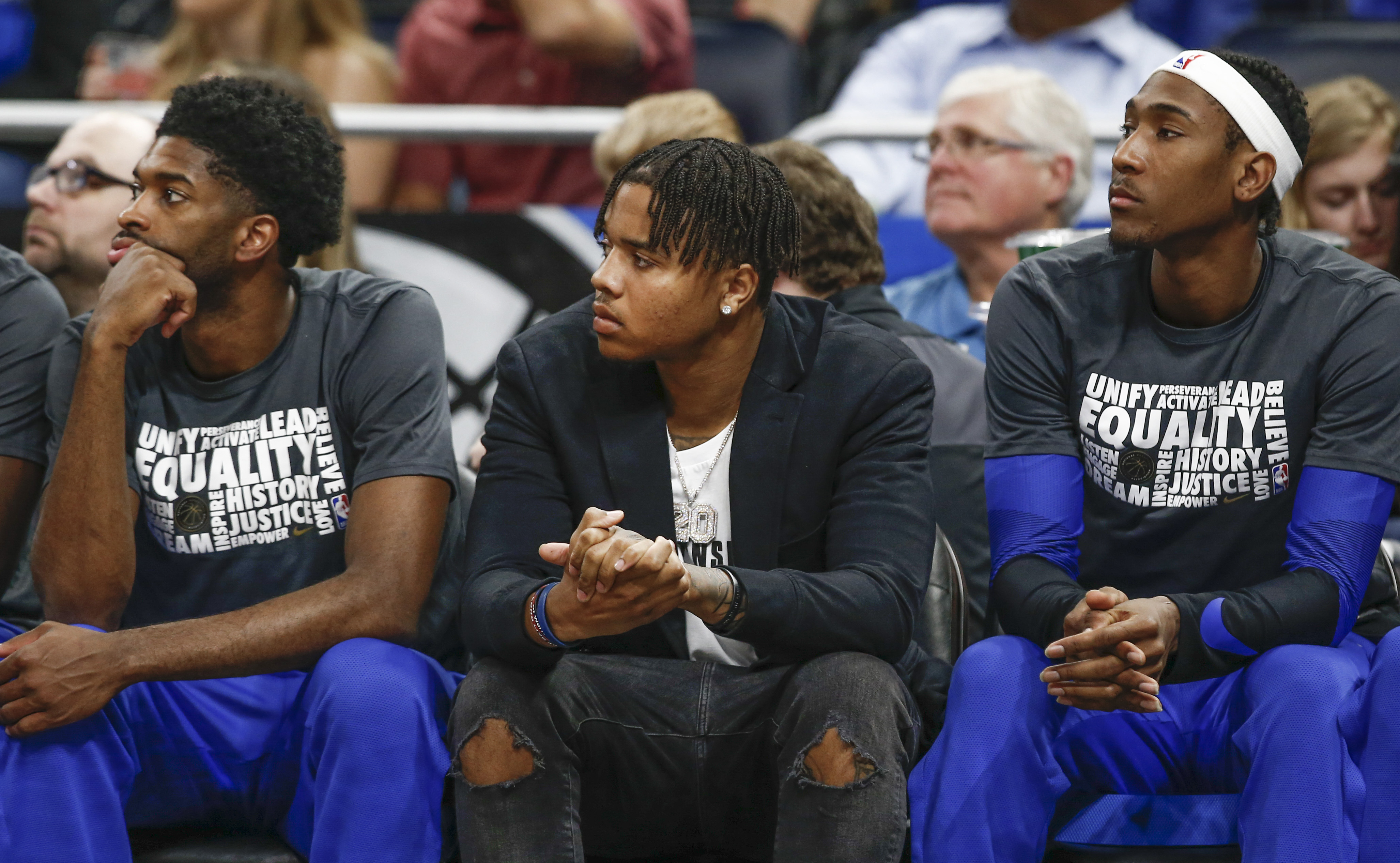 The Sixers issued Markelle Fultz a fresh start with the Orlando Magic. Unfortunately, he won’t get it in 2019.

The Philadelphia 76ers weren’t going to get any value out of their former first-round pick, Markelle Fultz in 2019. Obviously, because they traded him just minutes before the NBA trade deadline. Even if they did decide to hold onto Fultz though, it sure seems like he wasn’t going to play for the rest of this year, due to his shoulder injury.

Let me just say this – what’s going on with Markelle Fultz is extremely unfortunate. His injury is obviously a very confusing one that requires a ton of patience to deal with. Now with that being said, the Sixers made the logical move by getting rid of the second-year guard.

Sure, they could’ve “trusted the process” with Fultz, and hoped for the best in year three, but the Sixers are no longer in a position to be patient. Last year, the Sixers were good enough to get to the second round of the NBA Playoffs. Markelle Fultz contributed next to nothing. This year, the Sixers are a much better team in terms of talent and chemistry, and once again, Fultz was almost useless to their squad.

Aside from his camp being a thorn in the backside of the Sixers’ front office and coaching staff, Markelle was visibly distancing himself from the Sixers locker room. Throughout the season, Fultz spent a lot of time everywhere but in Philly while trying to find a diagnosis for his issues. Then, when he finally got one, he decided to rehab in Los Angeles. No big deal. But it was clear that Fultz’s missed time with the team was damaging his reputation in the locker room.

Did the Sixers do the right thing at this point?

Before, the Sixers’ stars like Joel Embiid and Ben Simmons fully had Fultz’s back. When it was time for Fultz to pack though, there wasn’t some sad sendoff like there was with guys like Dario Saric, Robert Covington, or even other Processors like Nerlens Noel and Jahlil Okafor.

What Fultz had become in Philly was nothing more than a dodged bullet at this point. Because aside from the fact that Fultz might’ve thrown some unnecessary shots towards his former coaching staff, he’s already going to sit out for the rest of the year with the Magic.

Hopefully, Fultz restores his health and gets back on the court in 2020. Whether he becomes some average joe on the floor in Orlando or gets back to his first-overall pick ways for the Magic, I genuinely do wish Fultz the best. However, it’s necessary to acknowledge just how ridiculous this entire situation was for the past two years for the Sixers. With the news that he won’t return in 2019, it’s obvious that the Sixers did the right thing and got rid of a big-time distraction.