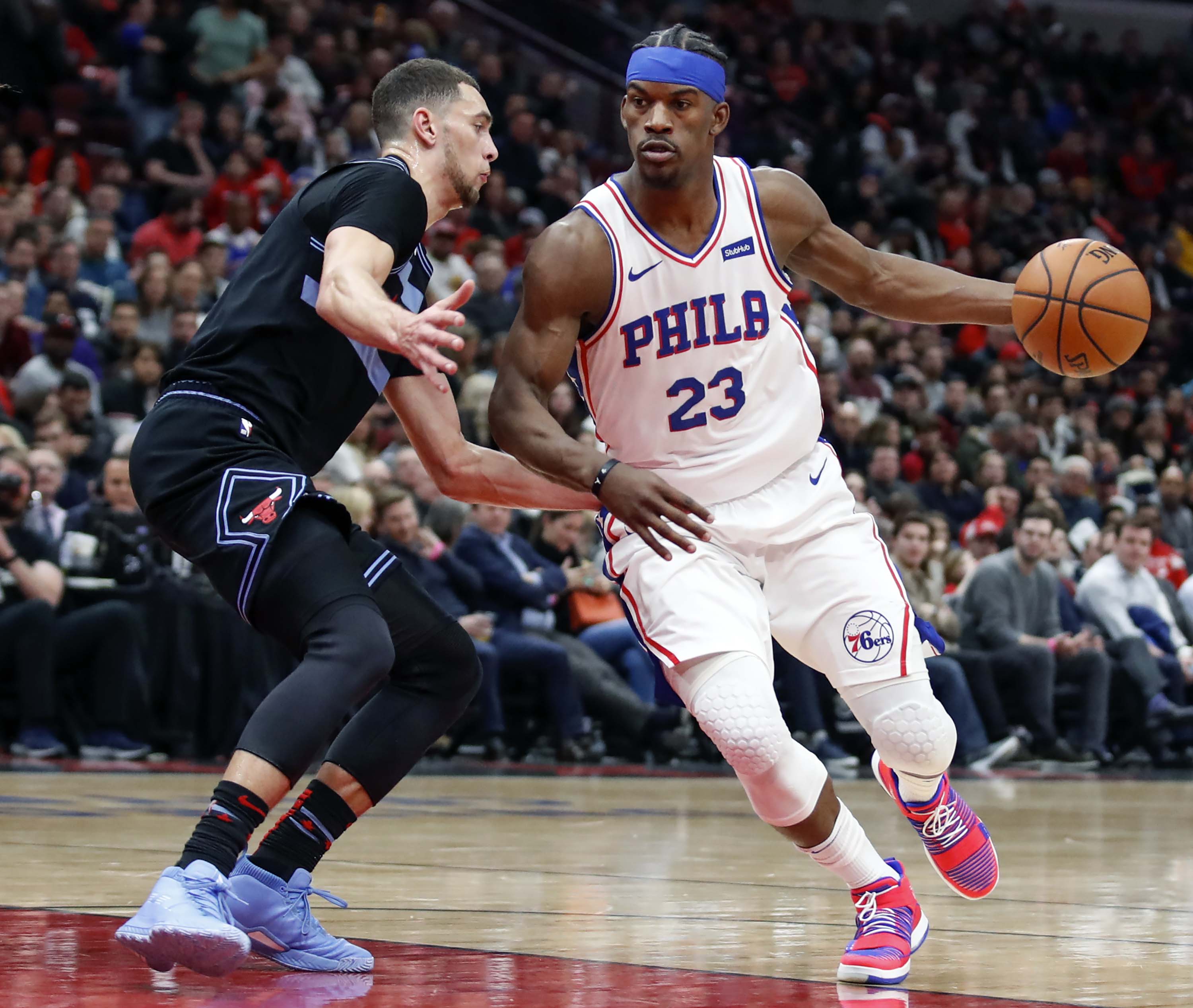 Sixers’ guard Jimmy Butler could already be on the Los Angeles Lakers radar for next season.

Is Jimmy Butler, I mean, Buckets already wrapping up his short stint with the Philadelphia 76ers? Some could say his body language on the court indicates that the honeymoon phase is already in the past. At first, Butler was enjoying his time as he formed a tight friendship with JJ Redick. Let’s also not forget the Headband Brothers along with Ben Simmons.

That was all fun and games, then Joel Embiid’s injury happened. Lately, the Sixers have been pretenders, rather than contenders. And Butler’s frustrations have been coming to light. As the Sixers were rumored to have one of the better lineups in the Eastern Conference, they are surely hopeless without Embiid against playoff caliber teams as of late.

Where’s the Jimmy Butler that took on an entire Minnesota Timberwolves team with a bunch of backups and beat the starters? Where is that take over? Because nobody has seen it, at all this year. Is Butler doing a lousy job on the Sixers? Not exactly. But he sure isn’t earning a max contract right now either.

If the Sixers want Butler around for next year, then he has to either one, step up his game. Or two, be willing to take less money. Sixers’ General Manager Elton Brand has expressed his interest in keeping Butler, but as time goes on, the supposed superstar isn’t exactly living out the hype that he brought with him right now.

Is Butler soon to be on his way out?

The Sixers aren’t the only ones who see the struggles. Apparently, the Los Angeles Lakers are already eyeing up Butler as he could potentially become available this summer. According to Colton Jones of Amico Hoops, Butler could be on the radar for the Lakers, where he could possibly get that max contract that he desires from the Sixers – or anybody else for that matter.

If the Sixers struggle to retain Butler, the Lakers will most likely be one of the first teams to call. As they are practically chalking up their 2018-2019 season to just one big flop, they already have their sights set on next year. Seeing as though some of the top names that come available may either stay with their respective teams or steer clear of Team LeBron out in L.A., Butler may be the panic superstar signing that the Lakers could settle for.