Your Morning Dump... Where the Celtics are favorites for the 3rd seed and I don't like it 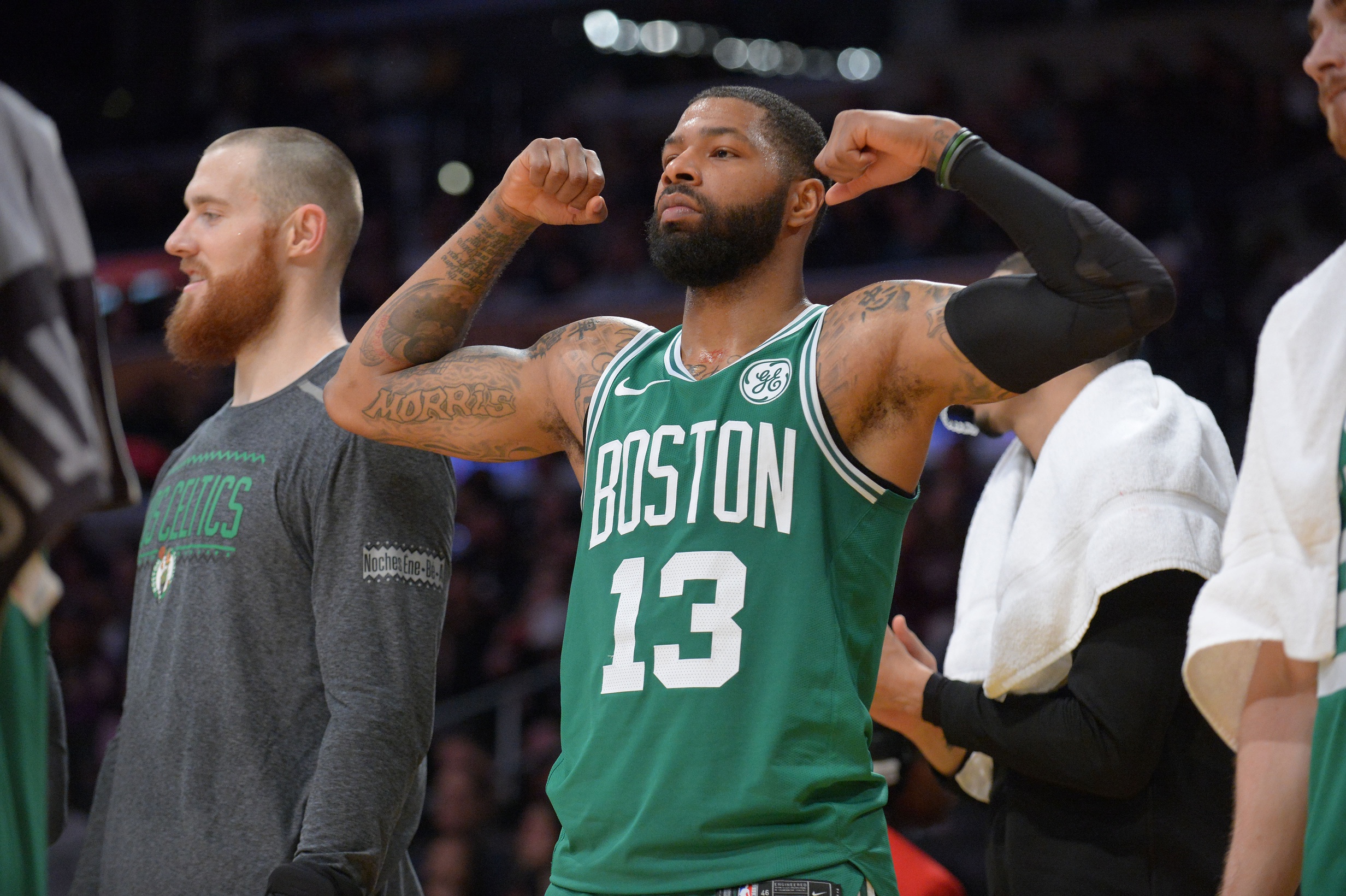 Your Morning Dump... Where the Celtics are favorites for the 3rd seed and I don't like it

With help from its current three-game winning streak, the Celtics have kept themselves in the hunt for the No. 3 seed. Despite entering Sunday still trailing both Philadelphia and Indiana, Boston owned the best odds at finishing with the best record among those teams.

ESPN’s Basketball Power Index gave Boston a 45 percent chance at landing the No. 3 seed entering Sunday’s action — which included a Pacers-76ers showdown — and only a 24 percent chance of slipping to the fifth seed. That means Boston has a 75.8 percent chance at earning homecourt advantage for at least one round of the playoffs.

Even in earning the No. 3 seed and a slice of home court, the Celtics are staring at a daunting playoff path that, should top seeds win out, would likely mean having to joust with Toronto and Milwaukee without the benefit of home court.

That’s not a small challenge for a Celtics team that only crept above .500 on the road during this recent win streak out west. Boston had one of the best road records in the NBA last season — impossibly, the Celtics were better on the road (28-13) than they were at TD Garden (27-14) — and the team still only won once on the road in the postseason (that confetti game in Philly).

Considering the fragile nature of this team, I’m all in on securing home court advantage in the 1st round of the playoffs.

What scares me most about the 3rd seed is the 2nd round match-up vs Kawhi Leonard and the Raptors. Despite Milwaukee’s dominance all season, I still feel their inexperience could be exploited in the playoffs.

As for the Celtics home/road splits (24-10/17-16), there isn’t much to deduce outside the obvious. Per NBA.com, the Celtics shoot 5% better from the field and line, average 3 more rebounds, 4 more assists and a half a steal and block in Boston.

The 12-year veteran has a player option for $30.1 million for next season and clearly has put a lot of miles (over 29,000 minutes) on his tires over the course of his NBA career. He has also earned over $160 million over the course of his NBA life, so it’s fair to wonder just how much longer he plans on going through the NBA grind. The answer should be music to the ears of Boston fans.

The consensus is that Horford has lost a step on defense this season but the overall team stats show his indisputable value:

Boston is scoring nine more points per 100 possessions (115.6) when Horford is on the court and the center holds the highest net rating (+9.2) among Boston’s rotation players.

Playing until 40 might be a stretch, but it’s possible Horford could thrive for several more years if his burden is reduced and he’s playing behind a superstar like Anthony Davis.

Opting out for a lesser but longer contract ($20 million AAV) would save the Celtics big luxury tax dollars and BSJ’s Brian Robb suggests a Horford/Davis pairing would work just fine.

And finally, should we be concerned about Jayson Tatum’s shoulder?

#NEBHInjuryReport for tomorrow vs. LA Clippers:

I know what you’re thinking… it’s only sore. But that’s how these things start. Remember Al’s knee? Or Kyrie’s knee last season?

Mass Live – Semi Ojeleye might be Boston’s most improved player

Globe – Let Kyrie be Kyrie and enjoy the ride