Watch: Jorge Masvidal knocks Darren Till out cold, gets into post-event fight 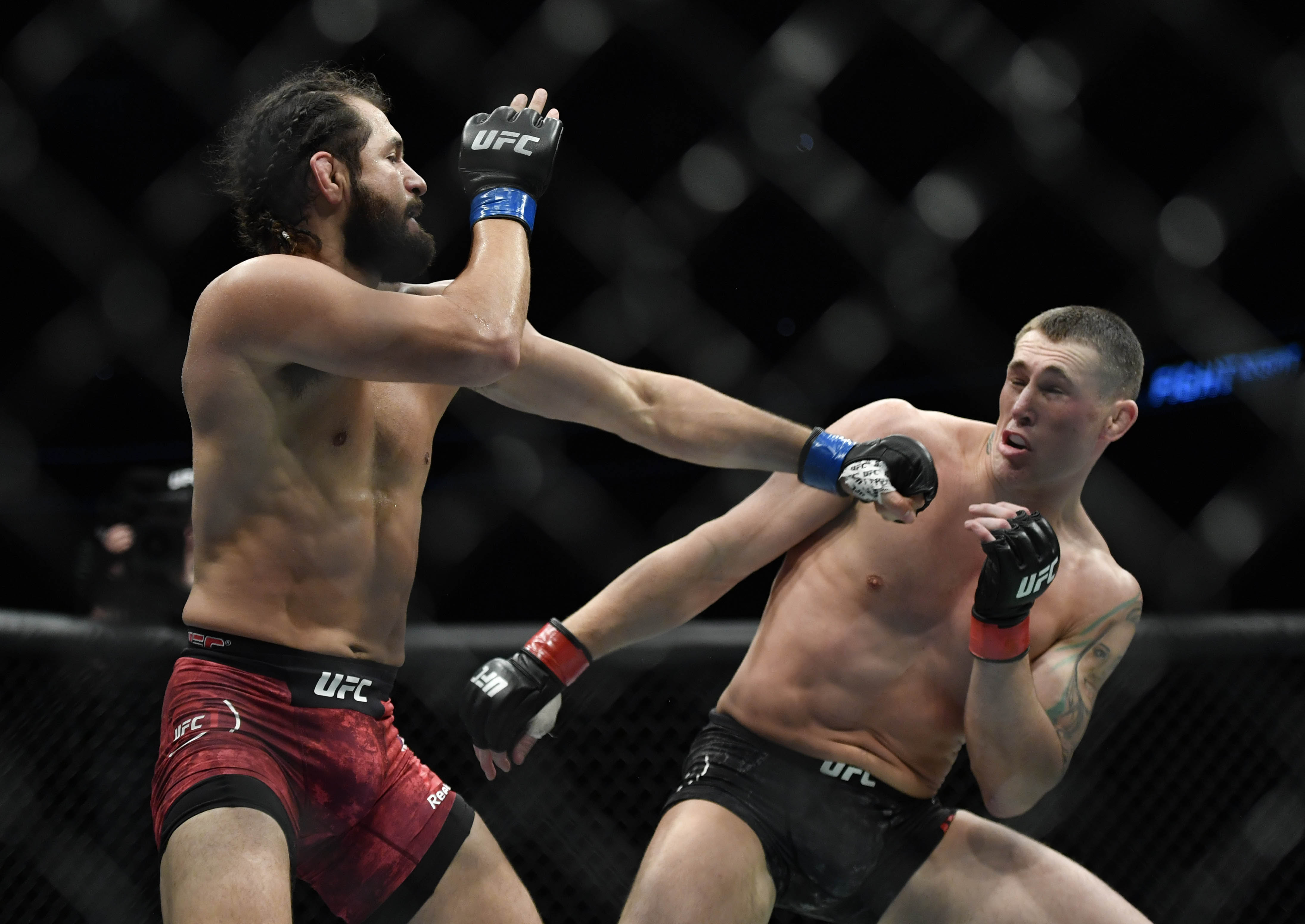 Watch: Jorge Masvidal knocks Darren Till out cold, gets into post-event fight

Coming into the UFC’s return to London, the most compelling matchup was Darren Till v. Jorge Masvidal. Two contenders in the welterweight division, Till was hoping a win would put him back on track after losing to then-champion Tyron Woodley back in September.

While Till (17-2-1) has the height advantage over his opponent, Masvidal’s (33-13) overall ability was too much for him to handle.

The bout started with controversy, as a flying kick by Masvidal landed below the belt of Till. Throughout the rest of the round and the majority of the second, Till used his height to take down Masvidal, attempting to halt any momentum. Unfortunately for him, Masvidal did not give in. Masvidal landed a swift kick and then proceeded to land two vicious punches to the skull of Till, knocking him unconscious.

Masvidal has now ended a two-fight losing streak with that win. That was his 14th win via knockout. After taking a break from welterweight in 2011, Masvidal remained at lightweight until 2015, his eighth fight with the UFC.

After the bout, Masvidal called out legitimate contenders and made a claim for the belt held by Kamaru Usman. One has to wonder if Ben Askren is on his radar. The recently traded fighter had plans to face Till at some point.

Now 4-2 in his last six bouts, Masvidal has many options. He might end up facing another winner tonight in Leon Edwards. Edwards (17-3) and Masvidal got into a post-event scramble in the back.

Looks like the fighters are doing Dana White’s job for him.