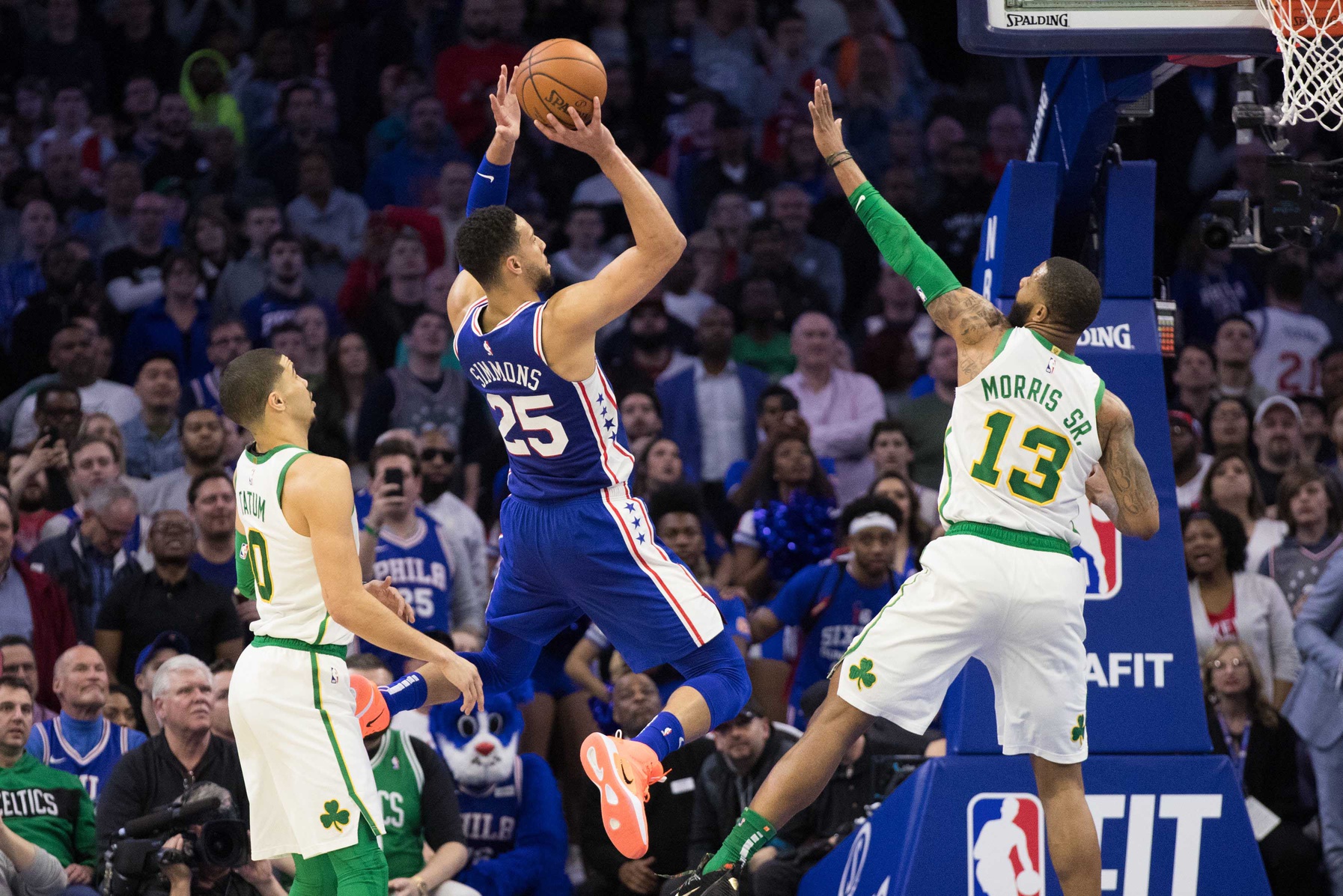 Look, Philadelphia was due for a win. We can’t beat them every time, can we? Without Gordon Hayward, Aron Baynes and Marcus Smart, the Celtics simply didn’t have enough umph to steal this game. I’m over it.

Here are 5 thoughts from the game…

If you ignore his inconsequential buzzer-beater, Jayson Tatum had one bucket and two shots in 6 minutes of 4th quarter action. His average of 2.7 FGA in the 4th is the lowest of his quarterly averages. He’s barely taking more shots than Mook (2.7 – 2.4). Isn’t Tatum our 2nd most dynamic offensive player? He’s also slumping badly. JT is shooting 21% from 3 since the All-Star game. TWENTY-ONE PERCENT!

Pretty odd way to end the first half in Philly between the #Celtics and #76ers. Marcus Smart and Ben Simmons here… pic.twitter.com/0UYdFdm0y2

I’ve killed Marcus for boneheaded plays in the past, but I’m giving him a pass on last night’s ejection. Embiid’s elbow was subtle, but an elbow nonetheless. (I still remember getting the wind knocked out of me from a deliberate elbow during a college game 26 years ago.) My beef with Smart (and maybe Brad Stevens) is the decision to not deny Ben Simmons on the final play of the 1st half. Why not force Redick to bring up the ball? Smart ended up falling down and fouling Redick on the shot. A disastrous finish to an otherwise strong half.

When you consider the quality of the opponent, this was Terry Rozier’s best game of the season. Tito is trending in the right direction, he’s averaging 11 ppg on 47% FG in March. An improved Rozier can go a long way in the playoffs. My only concern is how Rozier’s success impacts Jaylen Brown. Juice attempted just 3 shots last night, his lowest of the season. The Celtics need both at the top of their games, not just one.

2. Marcus Morris is killing this team

After flirting with a ridiculous 50-40-90 shooting line the first half of the season, Morris has crashed back to reality. He’s shooting 40% FG and 29% 3FG since the All-Star break. His Defensive Rating (107.6) is dead last on the team. The team’s Def Rtg is 100.8 w/o Morris. His Net Rtg (2.9) is second to last among regular rotation players. His shot selection remains awful (why didn’t he kick the ball out to the perimeter after catching Kyrie’s miss with 26 seconds remaining?). I’m guessing Brad relies on Morris’ rebounding (highest DREB% on team), but last night I watched him stand directly under the rim while Philly players batted around an offensive rebound. Despite all this, Brad Stevens refuses to reduce his minutes!

Here's a look at the Aron Baynes injury. He landed on Smart's foot pic.twitter.com/bNorWLOc9S

This team just can’t catch a break. From Horford’s knee to Baynes’ hand to Hayward’s ankle/concussion to Baynes’ ankle, there always seems to be a minor injury that derails this team. Grade 2 sprains can require 4-6 weeks to heal. But this morning, Danny Ainge told 98.5 that this injury is more of a day-to-day thing. I bet he misses at least 2 weeks. Baynes Def. RTG (99.7) is tops among regular rotation players and his 9.1 Net Rtg is tops on the team.