Your Morning Dump... Where the Celtics are sneaky with their plans for Game 2 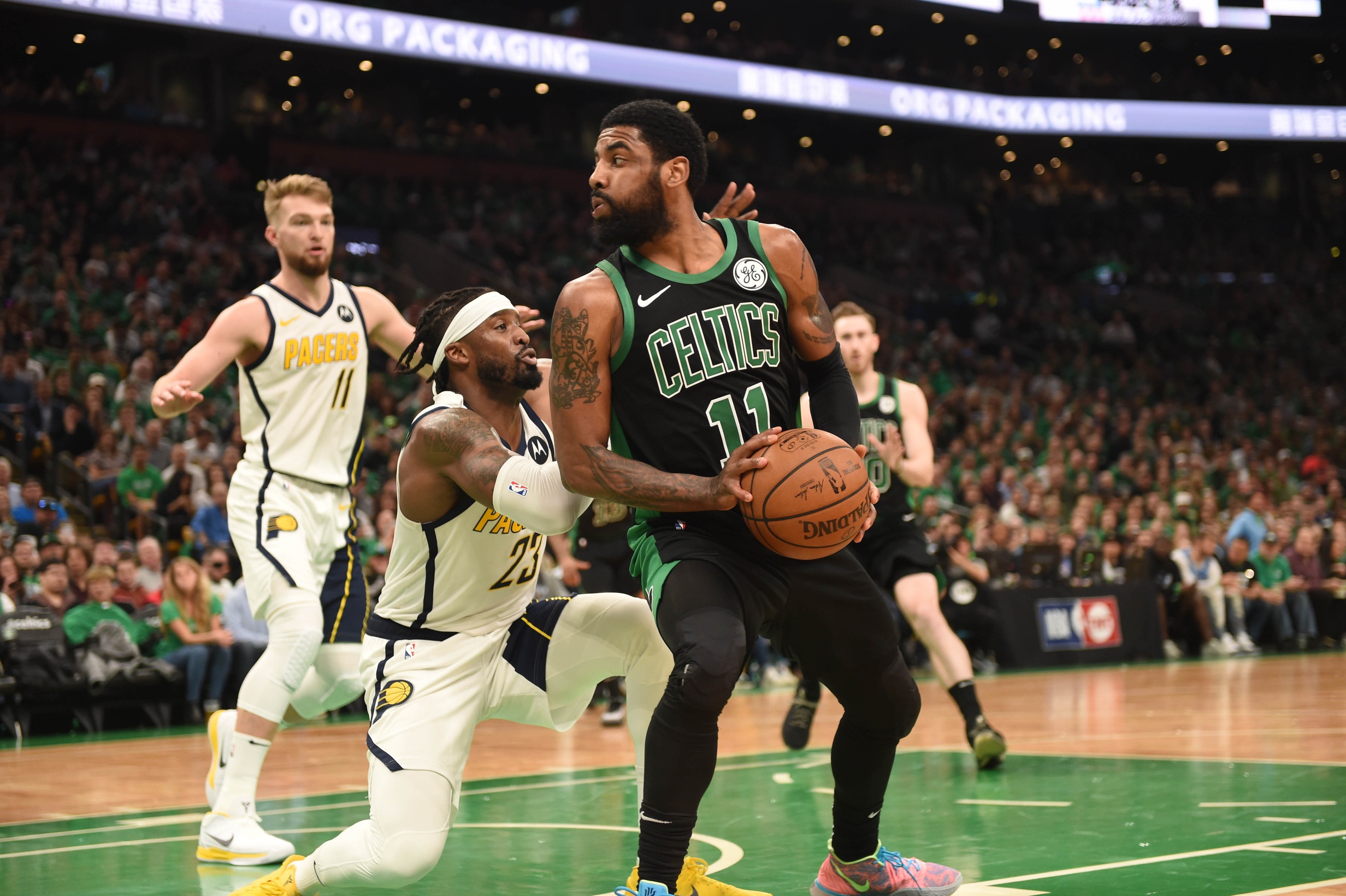 Your Morning Dump... Where the Celtics are sneaky with their plans for Game 2

So, here’s one thing:

Brad Stevens says the plan is to play Terry Rozier with Kyrie Irving a bit more now that Marcus Smart is sidelined. He wants Kyrie to be able to play off the ball a good amount, as he used to when Smart was active.

And then there’s this:

Brad Stevens asked if he liked the starting 5 from Game 1: "We reevaluate everything every day.”

And I’m not saying Brad is trying to mess with us but it felt like every single rotation player had a green starter jersey on today. No hints!

Absolutely nobody could buy a bucket in Game 1, except maybe for Jayson Tatum and his 6-11 shooting. Is that a symptom of a lineup problem, or something else? My take is that it was just an outlier and not something to read too much into. I’m still all-in on the Horford/Baynes lineup and I love the defense Jaylen Brown has been giving ever since the Golden State game. I appreciate the Celtics being tight-lipped with information, but I’d prefer some confirmation that they’re going to stick with lineups that are proven to work. After reading that they’re looking to use Rozier and Irving together more… I just don’t understand what they’re seeing that the rest of us don’t.

As the above tweet says, there’s one very clear benefit to playing Rozier alongside Kyrie, and that’s allowing Kyrie to play more possessions off the ball. This is something Boston doesn’t hide at all: making sure Kyrie can take a possession off here and there by sticking him in the corner while somebody else initiates the offense. But why lean so much on Rozier? Point Hayward is looking as good as ever and they can have Horford bring the ball up now and then as to spread the workload out even more. The rotation feels thin with Smart out of the lineup, but playoff rotations are thin anyway. The Celtics really don’t have to stretch to find more productive guys, so I don’t see the rationale behind trying to force Rozier lineups to work.

Here’s an interesting Kyrie quote on the current lineup:

“We just (need to) get used to just the spacing out there, understanding where we get the most efficiency on the court from each other, the plays, defensively being in the right spots and trusting one another,” he said Tuesday. “The starting lineup is a change, but we can adapt. We’re good enough to do that.”

Kyrie quotes are generally 99.8% word salads, but got a nice little nugget here about getting used to the spacing with that lineup. Game 1 was similar to an early season Celtics game where the defense was fine, but nobody could hit open shots. With Baynes and Horford in at the same time, there needs to be a little more initiative from the other guys to capitalize on open three-point looks. Boston has a tendency to pass up good shots to hunt for great shots. But open threes are the great shots. It’s how you win these days. Look at the shots Morris was hitting early – they weren’t wide open, but they were an acceptable amount of open. The Celtics were fairly aggressive in Game 1, but I’d still argue that they need to kick it up a notice in Game 2. If Indiana is missing everything, put the game away! There’s nothing worse than letting a struggling team hang around.