Your Morning Dump... Where it's about to get tight 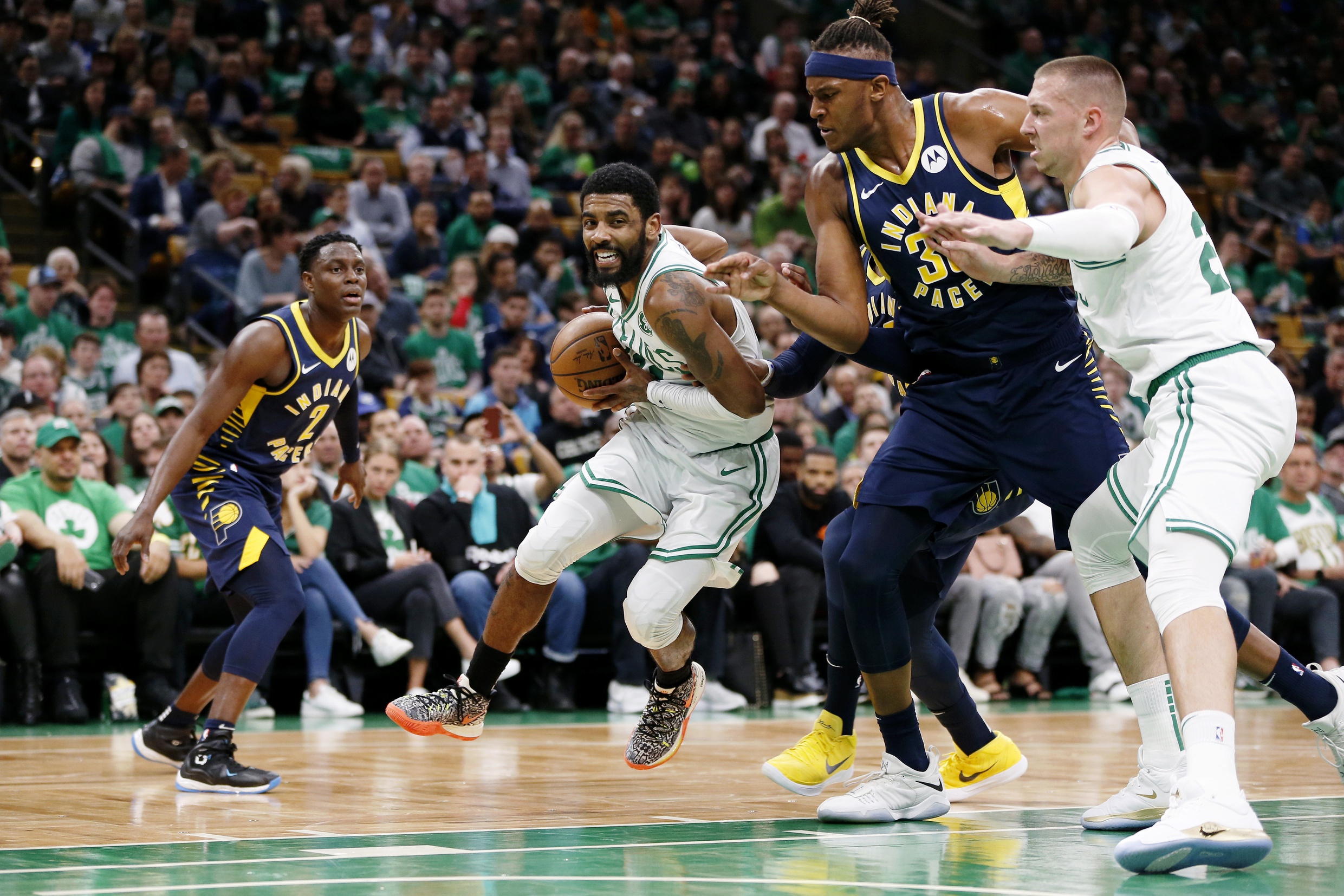 Your Morning Dump... Where it's about to get tight

The team the Celtics were at home was behind by 11 points entering the fourth quarter Wednesday, and Irving was among the starters needing a rest. If that scene is repeated Friday, there is a far greater chance, based on location history, that the Pacers will increase that margin.

In other words, the Celts have to be even tighter with their defense and do a much better job of protecting their own possessions.

They were good enough to win two games in Boston, but they will have to be better to take one or two here. And if they don’t fully grasp that fact, it’s a lesson they’ll be taught in a most hostile classroom.

“You have to approach each game with Game 7 urgency,” Stevens said on a conference call with reporters on Thursday. “There’s no question about that. We’ve talked about that since last Tuesday after our regular season was over.”

Stevens has given credit to the Pacers when it comes to his own team’s slow starts. After Game 1, he noted how their physicality played a factor as they controlled the game for most of the first half before unraveling in the second half.

In Wednesday night’s Game 2, the Pacers were much better to start the second half, which Stevens noted was an important difference. The Celtics were good enough late to overcome their slow starts at home in both games, but on the road, it’s likely not sustainable.

I’ll admit, I’m a bit surprised–and not at all disappointed–at the intestinal fortitude the Celtics have displayed over the first two games of the series. In both of them, they straight up took the game away from the Pacers. “Playoff Kyrie” deserves a great deal of credit for that–and his performance is a reminder why the team is prepared to fork over the cash to keep him, even if his regular season persona remains something of an enigma.

Still, in both games, the Celtics were outplayed for extended stretches, and that’s more likely to have unpleasant consequences in Indianapolis.

Essentially, the Celtics have been able to win the first two games without playing anything approaching a complete game in either of them, and while that may be enough to get them out of the first round, it’s not going to be enough to get them into the ECF, much less the Finals. The sooner these guys learn–or, more accurately re-learn–what it takes to beat a team fighting for its life on its home court, the better.

This team still has an opportunity to be special. I remain skeptical that this year is ‘their year’, but I’m willing to be convinced otherwise.

Page 2: Where the guys are happy to have a chance to reset

“I don’t think there’s any doubt,” Brad Stevens said on Thursday, in a conference call. “And I think that goes for the whole team. In a lot of ways it was not an easy year. And yet we still managed to be a reasonable team that achieved some things. Not what we had hoped, not what the outside had hoped. But I think that last Tuesday gave us a reset. And I think our guys are all excited about that.”

Honestly, the sooner this past regular season is forgotten, the better. The 2010 Finals team also ended the season as a number four seed–but that team also had three key players in their 30s. Such is not the case here.

And, as much as I’d like to forget the underachievement of the regular season–the team’s tendency to let bad losses lead into worse losses, and the ‘what-me-worry’ way they approached the final month and a half of the season–I’m still talking about it.

But here’s where you want the players to have very short memories. This isn’t the regular season, and the team has an opportunity to leave the regular season’s baggage behind them. Every series starts off 0-0–each series is a season in miniature, a race to 4 wins and a chance to move on.

In these series, the better team is going to win 99% of the time. On paper, the Celtics are the best team in the east. They should represent the East in the Finals.

The question is whether they will be that team, or whether they’ll let some of the regular season’s stink linger.

Fortunately, the team appears to have left some of the regular season’s ugliness behind. They’ve definitely tightened up on defense in these first two games, and that’s going to become more and more important the further they go in the playoffs. Defense keeps the other team from running away with the game when you’re not hitting your shots–imagine if the Celtics came into the fourth quarter 20 points down instead of 11. Defense also wears down the other team. Again, you don’t want to be 11 points below the Plimsoll line going into the fourth quarter, but if that’s where you are, it’s helpful to your cause if the other team has had to work harder than usual in order to build that lead.

Finally: You deserve a good chuckle

Perhaps the Celtics have buyer’s remorse with Gordon Hayward, allowing them to chase a different star. Or maybe Irving bolts, opting to join the Knicks or Nets in free agency. In the latter scenario, the Celtics would likely regroup and build around their young guys (Jayson Tatum and Jaylen Brown). That means trying to move on from a pair of pricey deals — Al Horford and Hayward.

The Cavs would gladly take the polarizing Hayward, who was an All-Star in Utah before his horrific leg injury. He would be the main prize, the exception to Cleveland demanding a draft pick or ascending player on a rookie deal. Hayward is healthy now and will have a full off-season to try to regain his old form, possibly giving the Cavs another piece to accelerate their timeline. Put Hayward, 29, alongside Kevin Love, Collin Sexton and the duo added in Round One and suddenly Cleveland has the look of a playoff team.

“Suddenly Cleveland has the look of a playoff team”

Yay! Suddenly Cleveland would be one of the SIXTEEN best teams in a THIRTY team league.

Also, why are people still talking about Kyrie going to New York? Why on EARTH would a guy who *lives* for the playoffs sign with a team that has won exactly one playoff series in the last 20 years?

The context for that quote: The article was a list of ten teams that are possible destinations for J.R. Smith. The Celtics, per our Cleveland.com beat writer, would be quite willing to trade Hayward for Smith, Jordan Clarkson and John Henson.