Your Morning Dump.... Where the vastly improved Bucks and their fans want Boston 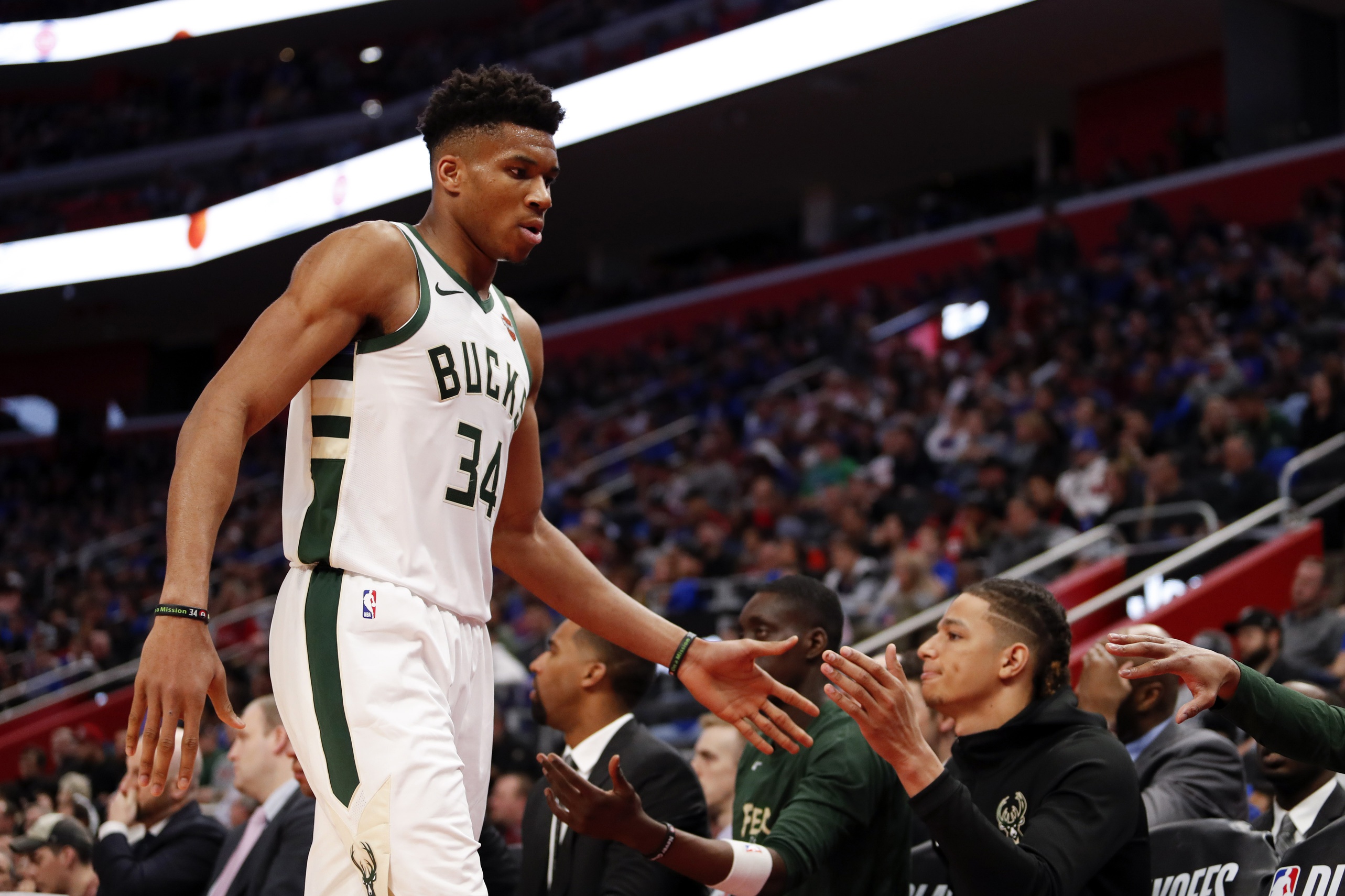 Your Morning Dump.... Where the vastly improved Bucks and their fans want Boston

This much is certain: This year’s Bucks team is vastly improved over last year’s unit. Giannis Antetokounmpo took that last long stride toward true superstardom; he’ll finish either first or second in the Most Valuable Player balloting this year, and he’d have my vote. He’s long received superstar calls — I think he’s allowed three steps plus two bonus Eurosteps on every sojourn to the hoop, which basically allows him to cover the full court on one dribble. He’s arguably the most likable player in the league, but you’d better brace yourself to be aggravated at what he gets away with. Kyrie Irving, a true star for longer, still doesn’t receive such officiating largesse.

Savvy personnel moves have allowed for the Bucks to improve, especially the July addition of center Brook Lopez, who has made an Al Horford-like transition into an adept 3-point shooter. But the biggest improvement for the Bucks is on the bench. Mike Budenholzer, a Gregg Popovich acolyte who oversaw the unexpected ascent of a 60-win Hawks team in 2015, is an enormous upgrade over Joe Prunty, who had the precise level of swagger of an overwhelmed substitute middle-school teacher during last year’s playoffs. Despite all of the contrived straining to pin the Celtics’ underachievement on Brad Stevens this season, he’s a terrific coach. But he might be no more than a draw versus Budenholzer.

I’ll just blurt out what Chad Finn is dancing around… Giannis gets away with 2-3 travels every game.

We’ll offer up some series predictions later in the week but there are a few obvious keys:

Besides Horford, who can help limit Giannis? Will Stevens insert Semi Ojeleye or Marcus Morris into the starting line-up?

Can Boston prevent another scorching performance by Khris Middleton?

The chink in Milwaukee’s defensive armor is on the perimeter where they rank 23rd in 3P FG% (Boston is 6th). It doesn’t get more basic than this, but the Celtics need their jump shots.

On Page 2, the Bucks await the return of a key player.

With the Bucks getting closer to clinching a spot in the Eastern Conference semifinals, the time of Brogdon’s return is inching closer. A key piece of their starting lineup and a newly-minted member of the elite 50-40-90 shooting club – reaching those percentages on field goals, three-pointers and free throws – Brogdon will be a valuable addition to an already deep Bucks team against the Boston Celtics in the second round.

“He hasn’t done any scrimmaging, he hasn’t done anything live, so he’s certainly going to have to cross that barrier and probably do it multiple times,” Budenholzer said. “In the next 3-5 days, we’ll know at what stage or what point in Round 2 he’ll be available.”

In addition to Brogdon, the Bucks are also hoping to get reserve center Pau Gasol healthy in the next few weeks. Gasol missed the final 15 games of the regular season –appearing in only three games with the Bucks after signing in early March – due to a left foot issue that including lingering soreness.

Brogdon is a heck of a player and any game time missed is a bonus for Boston.