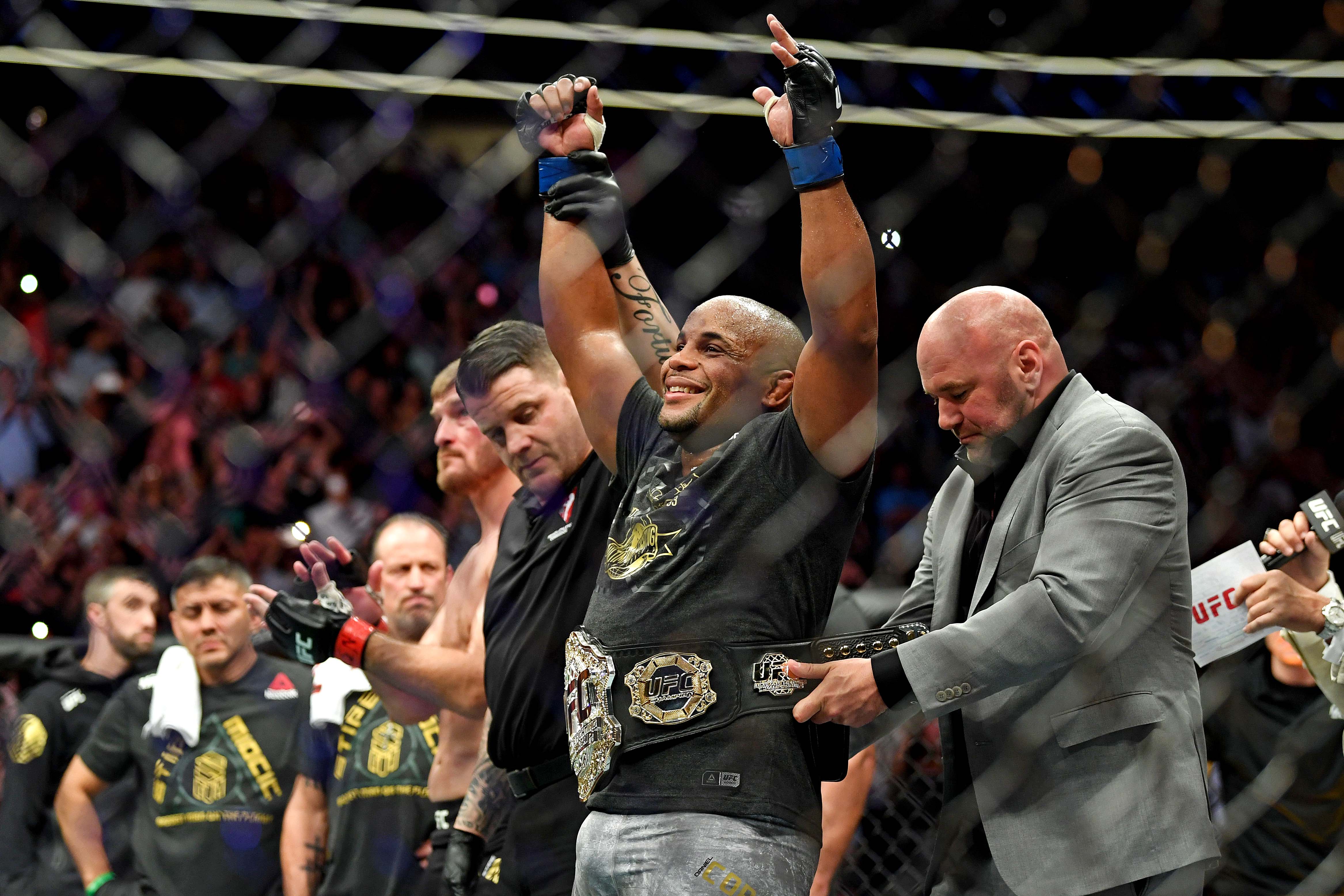 It took a while, but the rematch for heavyweight glory is officially on!

Daniel Cormier will defend his UFC Heavyweight Championship against Stipe Miocic on August 17th inside the Honda Center in Anaheim, California. This will be Cormier’s (21-1) second defense of the title and Miocic’s (18-3) first fight since losing the title back at UFC 226.

The UFC made the announcement during the live broadcast of UFC Ottawa.

For the past few months, fans have been expected Daniel Cormier to defend his UFC Heavyweight Championship against Brock Lesnar. Dana White has been teasing this for quite some time. Fighting for the WWE the past few years, even that organization hinted he would be going back. Recently, Lesnar announced his retirement from the UFC following a disagreement in pay, with ESPN+ a factor. That dropped any chances of the Cormier/Lesnar fight happening.

Stipe won the Heavyweight Title back at UFC 198, knocking out Fabricio Werdum. He successfully defended the title three times before Cormier won the title via KO. Cormier became a champ-champ, already being the Light Heavyweight Champion at the time. He beat Derrick Lewis at UFC 230 in New York City for his first and only defense of the heavyweight belt, relinquishing the 205-pound belt in the process.

There were talks of retirement for Cormier this year, especially after his 40th birthday. The idea of a Miocic fight and a potential Jon Jones rematch may have changed Cormier’s mind, for now.