Your Morning Dump... Where the nightmare's over 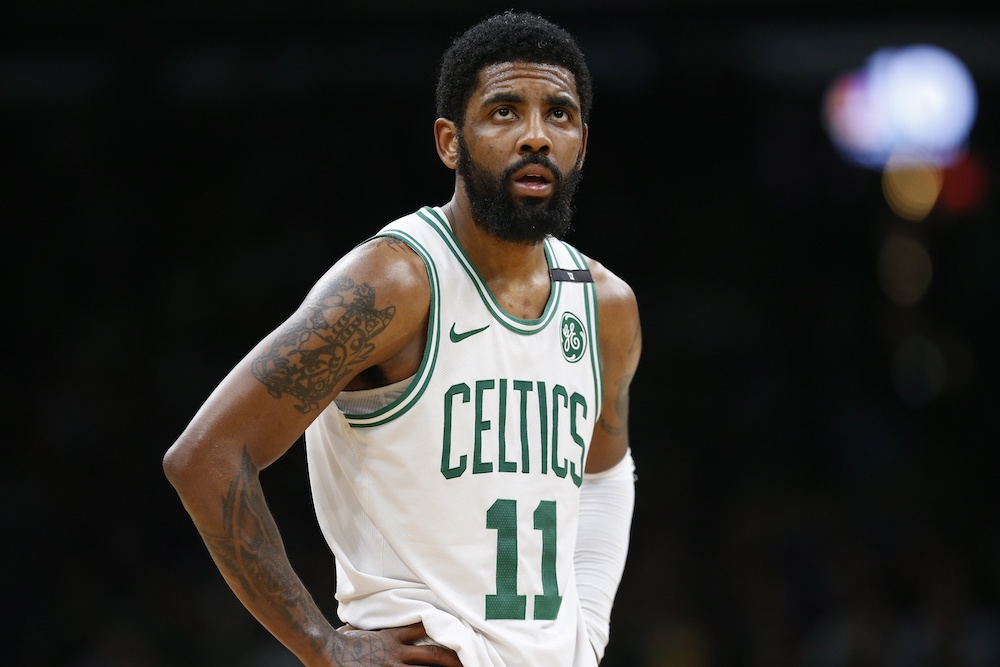 Your Morning Dump... Where the nightmare's over

The Celtics were widely anointed the new kings of the East after LeBron James fled for Los Angeles last summer. Boston was coming off a surprising run to the cusp of the NBA Finals — nearly upending James and the Cleveland Cavaliers along the way — and the return of a healthy Kyrie Irving and Gordon Hayward was supposed to deliver the Celtics back to title contention.

Instead, the Celtics endured one of the franchise’s most drama-filled roller-coaster seasons in recent memory. Boston bumbled its way to a disappointing 49 wins, settled for the fourth seed in the East, and lost four straight games to Bucks team that, thanks in large part to the presence of Giannis Antetokounmpo, might just have supplanted James’ Cavaliers as the primary roadblock for East teams trying to GPS their way to the Finals.

Nothing about Boston’s season went to script. The Celtics’ were supposed to have a starting 5 that could be the antidote to the Warriors’ death lineup but it fizzled in less than a month and was rarely seen again. Boston limped to a 10-10 start and didn’t often put together stretches of encouraging play.

Along the way, they bickered. They held team meetings. They shoved each other.

These Celtics also routinely blew double-digit leads. They cracked at the first signs of adversity. And while they sometimes teased us with their potential, they never gave any real indication they would ever emerge as legitimate contenders.

Lingering above it all was the uncertain future of Irving, who found out that being the leader of a team with lofty expectations was harder than he could have imagined, and he caused internal strife with the missteps he made in trying to lead this group.

It all culminated with Boston’s five-game exit against a Milwaukee team that responded to a Game 1 loss by simply dominating the rest of the series, showing a mental toughness the Celtics so clearly lacked. Irving and Hayward routinely got outplayed by the likes of Pat Connaughton and George Hill, let alone the stellar series that Antetokounmpo and Khris Middleton put together.

Remember how you felt when the Celtics were up 2-0 on the Cavs almost a year ago today? Remember how it felt like it was just the beginning? Remember thinking it couldn’t get much better, but realizing that superstar Kyrie Irving and all-star Gordon Hayward would be back in the fold and so of course it would get better. Remember when last season did end in a heartbreaking game seven, but you loved the heart and the fight of the Hospital Celtics and you already couldn’t wait for five months to elapse to see that group again.

Remember the photo? You know the photo – the one with that loaded Celtics starting 5. You couldn’t wait to see what it could do. Do you remember the conversations you were having with friends over text, or with strangers at the bar?

I can’t wait to see what this team looks like! They’re so freakin’ deep, have so many ways to beat you on offense and they’re going to be able to switch everything on defense. They might have four guys make the all-star team, not only because they’re so good, but because the east is so bad!

Do you remember the night of that first pre-season game in Chapel Hill against the Hornets. Man, I do. I somehow had to explain to my wife that a meaningless game at the end of September was appointment-viewing television. Do you remember the first quarter, and how good it all looked? It had a very Warriors-like feel to it, actually, you know, the team we all thought these Celtics could beat. The Celtics took a double-digit lead in the blink of an eye and you thought this is what we’ve been waiting for.

The 2018-2019 Celtics were at their best, in my mind, three times. As an idea — 5 months before they even shared a minute of court-time, as a photograph – 5 dudes with their arms crossed behind a white curtain backdrop, and for 12 minutes at the Dean Dome on September 28th in a game that meant nothing.

Everything in between, for the most part, absolutely sucked. And now we’re left here wondering how it all went so badly.

So whereas this time last year I couldn’t wait for October to come around, this year, I need the distance. So long 2018-19 Celtics. May we never get our hopes up so high only to have them crushed so completely by such an uninspiring team.

A lot has changed over the last year and every season takes on its own life, but it’s still jarring that the Celtics – after knocking out the Bucks last spring without Irving and Hayward – fell to the same opponent in five games while mostly healthy this year. After such a bumpy season, the Celtics now enter an offseason of uncertainty. The possibility for major roster changes begins with Irving, who brushed off questions about his upcoming free agency by saying he first intends to fly safely back to Boston, see his family, decompress and “do what human beings do.” Beyond Irving, Al Horford has a player option for next season. He indicated he likes Boston, but if this tough year scarred either star to the point of departure, the Celtics could need to reexamine their next steps. They have lined up to chase Anthony Davis on the trade market but will need the roster to convince him to stay long term.

The Athletic – So much talent, so much drama, so much disappointment. Celtics never found the answers

Remember how last off-season had no real drama, no real stakes? Well, if you enjoyed spending fourth of July 2016 glued to twitter and action in the Hamptons, or July 2017 parsing statements from Gordon Hayward’s agent, get excited to relive it all again.

There will be tons of words written and time spent thinking about Kyrie Irving, his future, and the future of the Celtics. But whereas a week ago the public sentiment about Kyrie staying was somewhere around 50/50, a majority of fans are now clamoring for him to get the hell out of here.

We’ll see what transpires two months from now – lots can change, but Kyrie Irving’s play and his attitude since last Thursday have put a sour taste in a majority of Celtics fans’ mouths.

It feels like there are two paths the team can choose to definitively travel going forward: Commit to Kyrie and use assets to swing a trade for AD, or commit to the young guys. Anything in between breeds uncertainty and from the looks of it on the court, these guys can’t take that anymore.

Take a few weeks to vent, forget about this team and then buckle in for the craziest, most franchise-defining summer since 2013.