Your Morning Dump... Where trading for Mike Conley seems like a viable back up plan 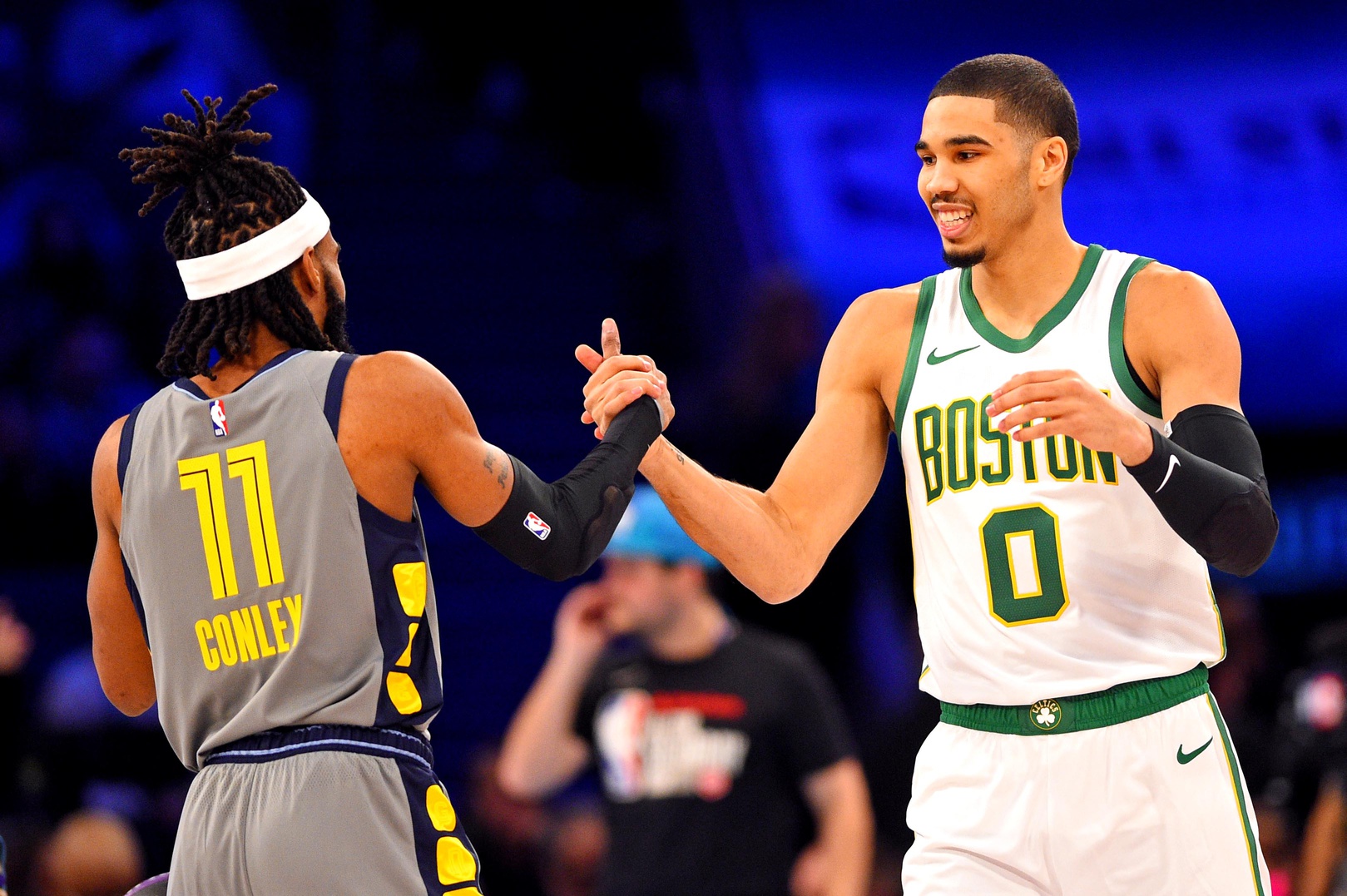 Your Morning Dump... Where trading for Mike Conley seems like a viable back up plan

All things considered, if the Celtics are dead set on competing next year even if Irving departs, I expect the front office to be in the mix on Conley trade talks. The most ideal possibility would be to bring him aboard without giving up Hayward (if Irving creates a trade exception when he leaves), which would allow the Celtics to simply give up picks or non-core talent upon his departure. That would maximize the veteran talent that Stevens has to work with on this roster while also leaving the door open for a deal for Davis if the C’s want to make further win-now upgrades.

Bringing aboard a guy like Conley as a Plan B could also help convince Horford to view the C’s as a contender even without Davis, which would increase the odds of him sticking around instead of jumping ship for a better chance at a ring elsewhere.

It’s hard to envision ownership letting this group go into full teardown mode already even if Irving walks. Barring that unlikely scenario, bringing aboard Conley is a realistic alternative that carries less risk (and less upside) than a blockbuster move like Davis.

Rewind 12 or 24 months ago and thoughts of the asset rich Celtics trading for a 31-year old point guard owed $67 million over the next two years would get you laughed off any chat forum.

But here we are.

BSJ’s Brian Robb lays out a good case for the Celtics moving on Mike Conley should Kyrie Irving bolt. It’s a move that keeps the Celtics competitive while preserving their young core. It also allows them to retain enough assets to make a splashy move (Anthony Davis).

The most logical path of acquisition involves the Celtics sending draft pick compensation (late 1st?) to Irving’s new team of choice in order to facilitate a sign and trade. The S&T creates a $32 million trade exception which allows Boston to absorb Conley’s contract after moving draft picks to acquire him.

In this scenario, the Celtics would keep their 2020/21 Memphis draft pick. What they give up for Conley, depends on the market. The Sporting News reports that Miami is willing to move the #13 pick (provided Goran Dragic opts-out) and salary. Does put Boston’s 14th pick in play? The Jazz and Mavericks are also rumored to have interest in Conley.

I still have this fantasy that Isaiah Thomas rediscovers his game this summer and make a triumphant return to Boston.

On Page 2, the Celtics lose out on an assistant coach.

Bickerstaff had talked with Sixers, Celtics, Lakers and Kings about lead assistant roles, but Beilein and GM Koby Altman helped convince him to play a central role in helping ex-Michigan coach transition to NBA. Bickerstaff was HC with Grizzlies and Rockets. https://t.co/7EOWBfCmhf