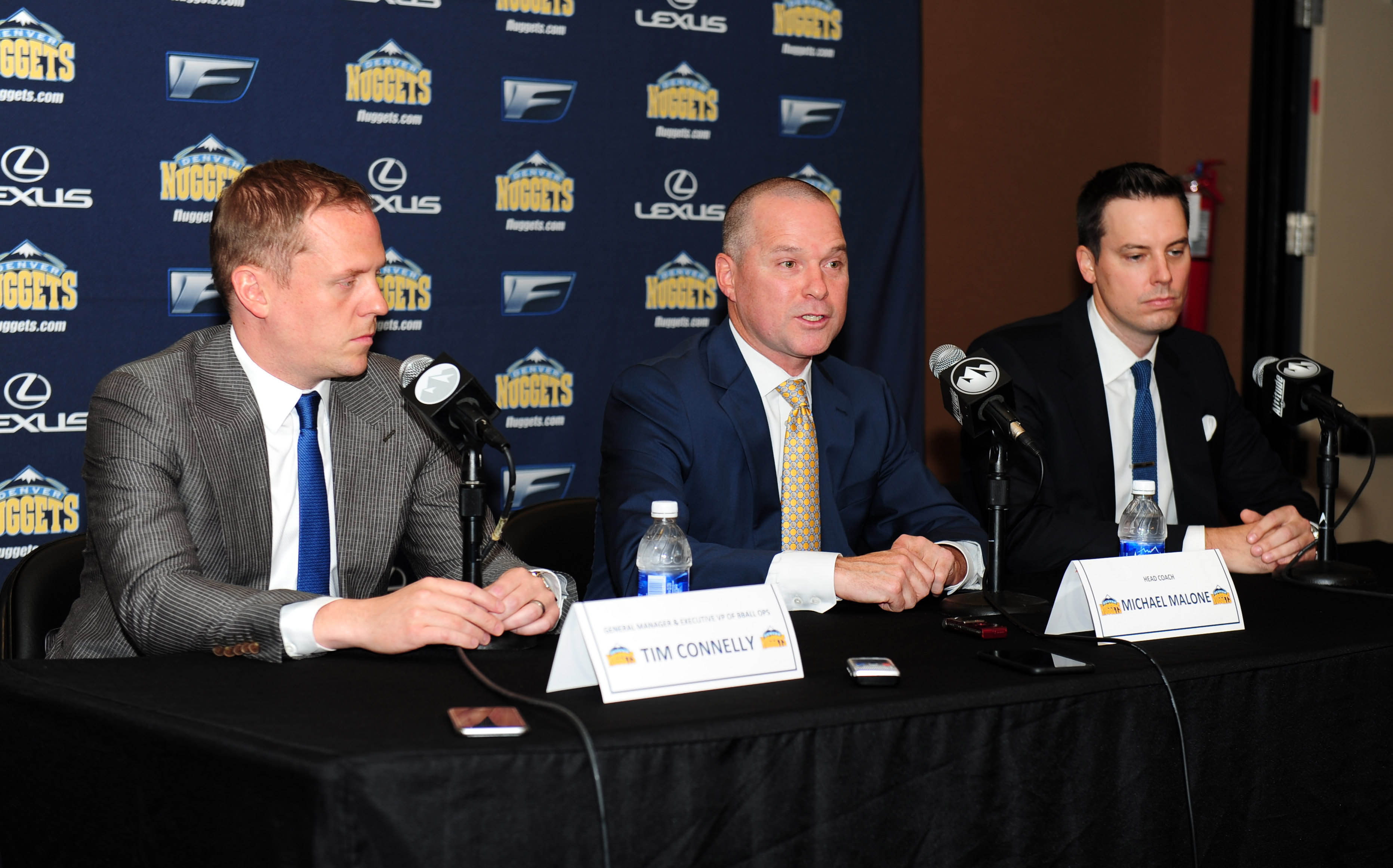 The Washington Wizards missed out on the services of Denver Nuggets president of basketball operations Tim Connelly returning home to try and right wrongs. As a part of his exit interview with the Denver media, Connelly shared the following about his meeting with Washington that he repeatedly describes as a “conversation.” That could make one think that Connelly was never really that close to accepting the Wizards offer.

“I had a really nice conversation with Mr. Leonsis and his staff. He’s a fantastic owner, a real visionary. Really impressed by who he was and his thoughts for the team. That team’s going to be special quickly under his leadership. We just had a conversation, not much more than that.”

“The continuity again is a byproduct of loyalty and when Josh [Kroenke] hired me filling some of the biggest shoes in the NBA, we did not get off to a good start by any stretch. A couple of down years that he doubled down on what easily could have been perceived as an initial mistake. Because he liked the processes and liked how we attacked our job day-to-day. Loyalty and patience again is such a rarity in professional sports and that’s here in spades. Those things matter to me. The relationship I have across this whole building. Not just specifically basketball operations. The business people, the ticket salespeople have been fantastic. Communications, they’re whatever [joking]. You kind of close your eyes and envision yourself somewhere else and you think about all those relationships and collectively I couldn’t, I had a hard time envisioning myself elsewhere.”

Tim Connelly on choosing to stay with the Nuggets: pic.twitter.com/Chvz5bY9d1

“We just had a great conversation with D.C. I really enjoyed it. I wanted and thankfully the Kroenkes allowed me to have an audience with a team that really means a lot to me. I spent 14 years there [with Wizards]. Certainly, it’s where I’m from. It’s where my wife is from. So I just wanted to have a conversation because I care about the organization. I think Mr. Leonsis is special and I think he cares about not just the team, but he cares about that whole region and I did not know him. Never had an audience with him so to have that conversation and kind of exchange of ideas. It’s flattering to even be in a room with guys like that. That’s all I wanted to achieve. The relationships that have been built up here [in Denver] and the hard times we’ve been through, it was very hard to envision leaving something that has been so hard and so long coming and it’s built.”

Tim Connelly on his decision making process to stay in Denver: pic.twitter.com/fqW3StX2Mg