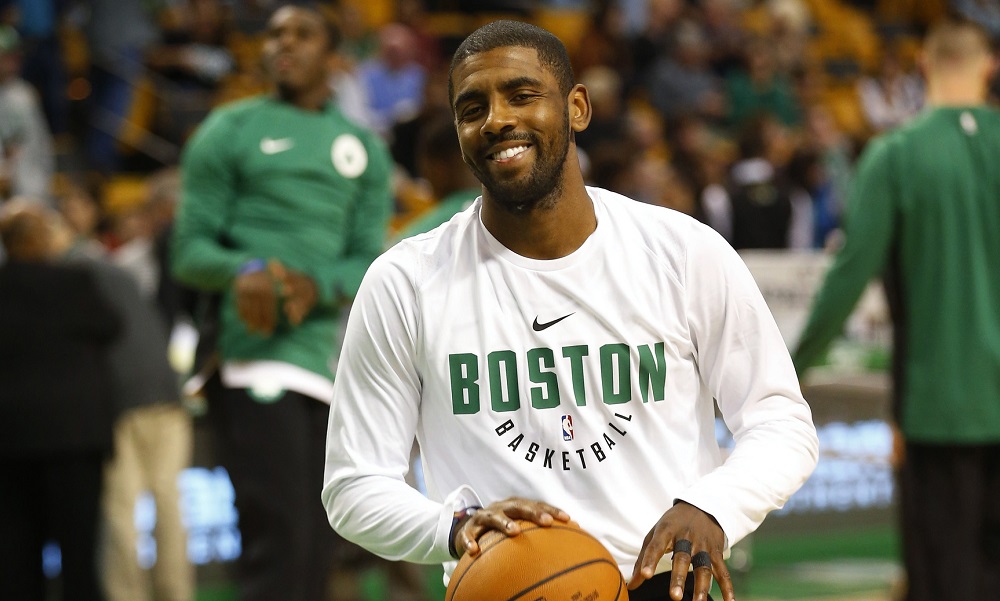 Although his postseason fell well short of expectations, Kyrie Irving had perhaps his best regular season ever in 2018-19, and he’s been rewarded with selection to the All-NBA 2nd Team.

Kyrie received 52 votes for 2nd team and 39 votes for 3rd team, finishing with 195 points. That was the fourth-highest total among all guards. Kyrie was the only Celtics player to receive any votes.

He's the 2nd C's player to ever reach those numbers, joining Bird

This was the highest Kyrie has ever finished in All-NBA voting.

Kyrie Irving has received All-NBA recognition for the second time in his 8-year career. He was previously named All-NBA Third Team with Cleveland in 2014-15

Irving is the first Celtics player to earn All-NBA honors since 2016-17, when Isaiah Thomas was named 2nd team https://t.co/GOh0tdmGty

Not sure if Terry Rozier had any reaction to the news, but Team Dad Al did:

Congrats KI!! No brainer on the All NBA selection.

Here are the players and vote totals for all three teams.

Kyrie Irving has been named to the All-NBA second team. pic.twitter.com/pMs51PRZns