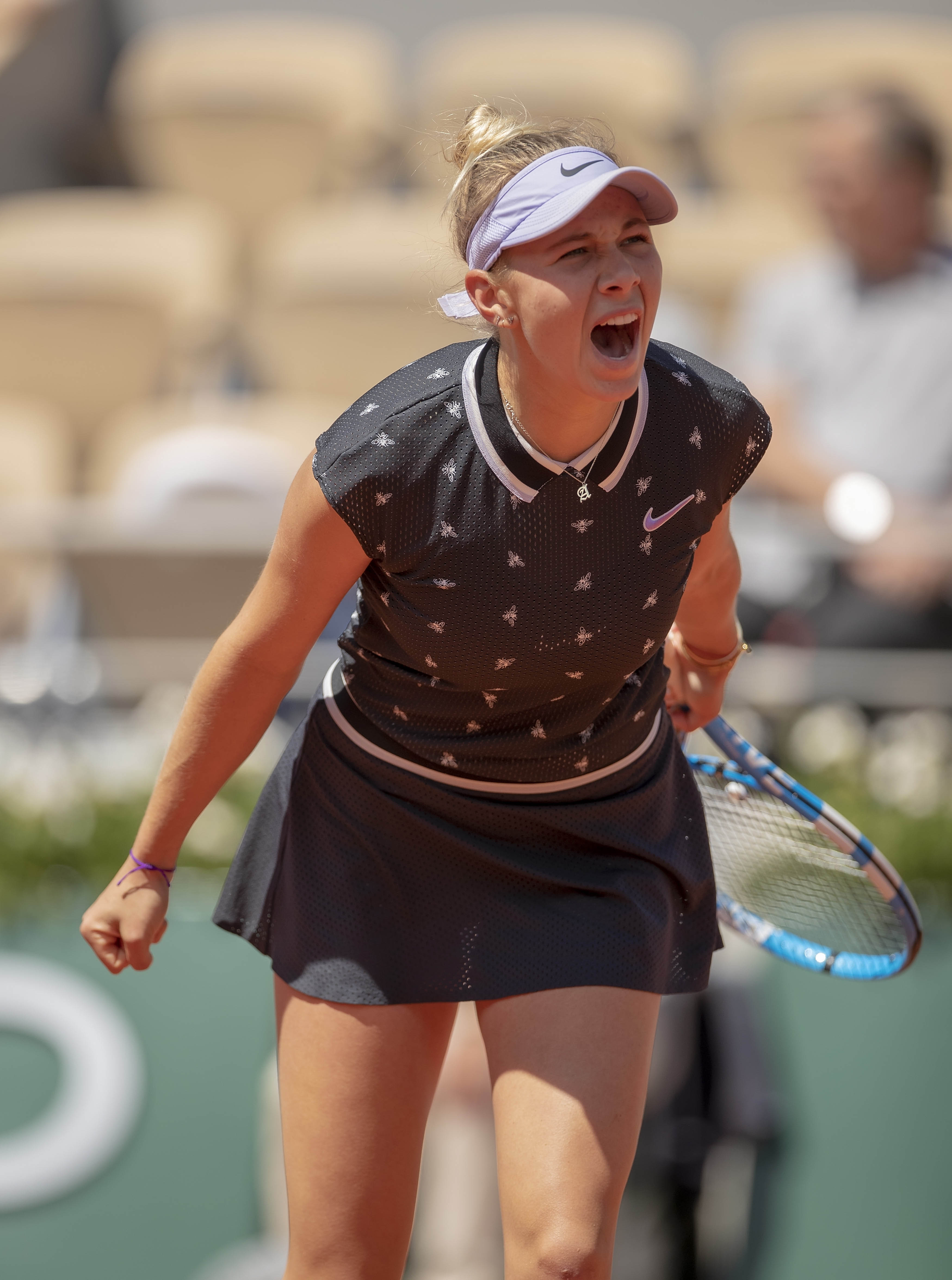 It looks like there is a rising American superstar in women’s tennis. Amanda Anisimova’s time is simply now. On Thursday in the women’s quarterfinals of the 2019 French Open, Anisimova, the 17 year-old sensation from Freehold Township, NJ, used a marvelous backhand to dominate the third seed and defending champ Simona Halep of Romania, 6-2, 6-4.

In only 68 minutes, Anisimova played aggressive tennis and in the process became the youngest French Open semi-finalist since 17 year-old Nicole Vaidisova of the Czech Republic reached the semifinals of the 2006 French Open before losing to Svetlana Kuznetsova of Russia. Vaidisova was 17 years and 15 days old when she reached the semifinals 13 years ago. Anisimova is currently just over 17 years and nine months old.

This is also the first time since 1983 that two unseeded women’s singles players have reached the semi-finals of the French Open. Anisimova is joined by Marketa Vondrousova of the Czech Republic. In the semis (scheduled on Friday but beware there is rain in the forecast), Vondrousova will face the 26th ranked Johanna Konta of Great Britain and Anisimova will face the eighth ranked Ashleigh Barty of Australia. In 1983, Jo Durie of Great Britain lost to Mima Jausovec of Yugoslavia 3-6, 7-5, 6-2 in a battle of unseeded players.

If the 19 year-old Vondrousova plays Anisimova in the French Open women’s singles final, this will be the first time since 1999 that both women’s finalists have qualified for the final of a grand slam event of any kind. Twenty years ago 18 year-old Martina Hingis of Switzerland beat 19 year-old Amelie Mauresmo of France 6-2, 6-3 in the Australian Open women’s final.