Your Morning Dump... Where sources say Kyrie is prepared to leave 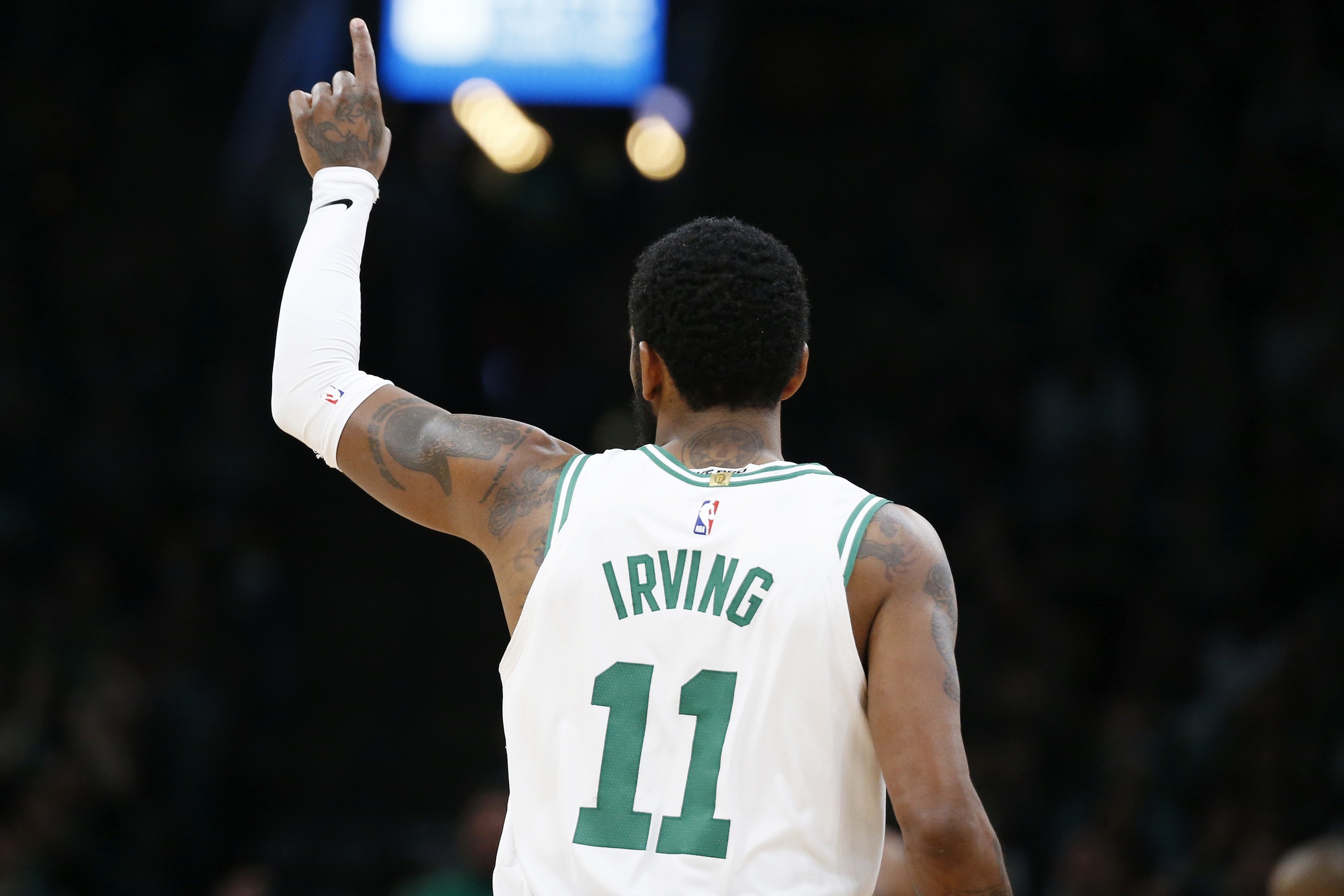 Your Morning Dump... Where sources say Kyrie is prepared to leave

The Boston Celtics have plenty of reason to fear the worst with Kyrie Irving’s impending free agency, and according to the Boston Herald’s Steve Bulpett — citing multiple league sources — teams around the NBA are “operating under the belief” that Irving is headed to the Brooklyn Nets.

Irving opted out of the final year of his deal on Wednesday, which was expected. In a less expected move, Irving also parted ways with long-time agent Jeff Wechsler — who also represents Jayson Tatum — to join Roc Nation. While Roc Nation’s ties to Jay-Z no longer necessarily tie Irving to the Nets, the upheaval certainly felt significant and didn’t portend good things for Boston.

The Boston Herald article is paywalled, so I’ll sizzle it for you: Steve Bulpett has it from a source with ties to Roc Nation Sports that Irving is prepared to sign with Brooklyn. Another source, with a different NBA team (neither the Celtics or Nets) says that they believe Irving is going to sign with the Nets and have adjusted their strategies accordingly.

Meanwhile, Bulpett’s sources with the Celtics say they still haven’t received an indication as to Irving’s inclinations.

Breaking down the reports, I’m inclined to discount what a source at a wholly unconnected NBA team has to say, because they almost certainly aren’t receiving their information from Irving’s people.

As far as the report of Irving being ‘prepared’ to sign with the Nets, the source certainly has a measure of credibility. At the same time, there’s a question of just how interested the Nets are in just adding Irving, as this year’s free agent market has taken a nightmare turn.

I doubt that Kyrie has made up his mind definitively, and I don’t think that him staying in Boston is contingent on the team acquiring Anthony Davis. The Durant injury changed the free agency dynamic pretty significantly. I had doubts that the Nets would try to land Irving before Durant, but now that Durant is basically off the market, do they try to salvage something from this year’s crop of free agents and offer a max contract to Kyrie?

But if you’re the Nets and you can’t get any other free agent, do you really want to field a team consisting of a max contract Kyrie Irving and a bunch of guys that have promise but nothing more? A well-run team, I think, would be leery of the issues that would come with trying to build a contender from that starting point.

And, if you’re Kyrie Irving, do you really want to move your career to a place where the media noise is even more deafening, and where you will have much less on the line? With the Celtics, it’s championships or nothing. Are you going to have that kind of commitment from Nets management?

I think that Kyrie wants two things out of his career–a chance to play for the highest stakes and long-term stability. If so, Boston is the only logical place. No other team that can afford him can offer that situation.

Page 2: Where the Finals turned into the Hunger Games

If you’ve spent the last few years envying the Warriors’ run of luck and savvy, well, it looks like their luck ran out this week, and they’re going to need all of their savvy and a bit more than that to chart a path through the wreckage of the Finals.

In all likelihood, Klay Thompson will miss most of the regular season. A nine to ten month recovery window puts him out of commission until somewhere around March.

Klay’s also an unrestricted free agent, and the Warriors are looking at a steep, steep, steeeeeeeeeep tax bill next season if they sign Klay to a max contract and Durant opts in.

Do the Warriors really want to pay a roughly $100M tax bill to field a team consisting of Steph, Dray, and … what, exactly? Yet, if they cut their ties to Thompson, that’s going to make it almost impossible for them to negotiate in good faith with any future free agents.

And if you’re Klay Thompson, and you know that Steph got paid, and you know that Durant has the option to get paid over $31 million to recover, do you listen with any patience to the Warriors if they lowball you, even if it’s just for one year? At the same time, who else is going to be bidding for Klay’s services? I mean, between him and Durant, he definitely has better odds of returning to form, but signing him to a max means throwing in the towel on 2019/20 and hoping for the best in 2020/21.

Finally: The Davis sweepstakes has taken on Orwellian overtones

That, according to Green, is exactly the point. “Before AD really didn’t matter,” says the Warriors’ star, who is a minority investor in one of James’s shows, Uninterrupted. “No one was really talking about Anthony Davis in the light that a player with the status of an Anthony Davis, with his skill level, should’ve been. So he took control of his situation and said, ‘No, this is what I am and what I want.’

“He’s completely empowered. Obviously he’s still under contract for another year, but he—in a sense—now controls his own destiny. Before he didn’t. That’s very important. I don’t think it’s a miscalculation controlling your own destiny and taking control of the narrative.”

Draymond Green is a fool.

One of the more interesting narratives that has popped up around the Davis trade conversation is this notion that players are ‘taking control of their careers’, and that this is a means of rectifying the fundamentally unfair employee/employer relationship that exists in professional sports.

Rich Paul and LeBron talk about how they’re ‘taking control’ of things, but toward what end?

Are these moves intended to benefit players in general?

Or are these moves intended to benefit Rich Paul and LeBron?

When Kyrie Irving requested a trade in 2017, LeBron was upset.

LeBron was plainly peeved that a player ‘took control of the narrative’ in a way which did not benefit him personally.

At the end of the day, these guys are after what’s best for them with scant consideration of what it costs others, just like the owners, and the outcome is straight out of Animal Farm:

But they had not gone twenty yards when they stopped short. An uproar of voices was coming from the farmhouse. They rushed back and looked through the window again. Yes, a violent quarrel was in progress. There were shoutings, bangings on the table, sharp suspicious glances, furious denials. The source of the trouble appeared to be that Napoleon and Mr. Pilkington had each played an ace of spades simultaneously.

Twelve voices were shouting in anger, and they were all alike. No question, now, what had happened to the faces of the pigs. The creatures outside looked from pig to man, and from man to pig, and from pig to man again; but already it was impossible to say which was which.

It doesn’t much matter if players get greater leverage if they use their leverage the same way that owners do. LeBron’s power plays, AD’s power plays, Rich Paul’s power plays, none of them benefit other players. As Shakespeare said in Measure for Measure, “it is excellent to have a giant’s strength, but it is tyrannous to use it like a giant.”