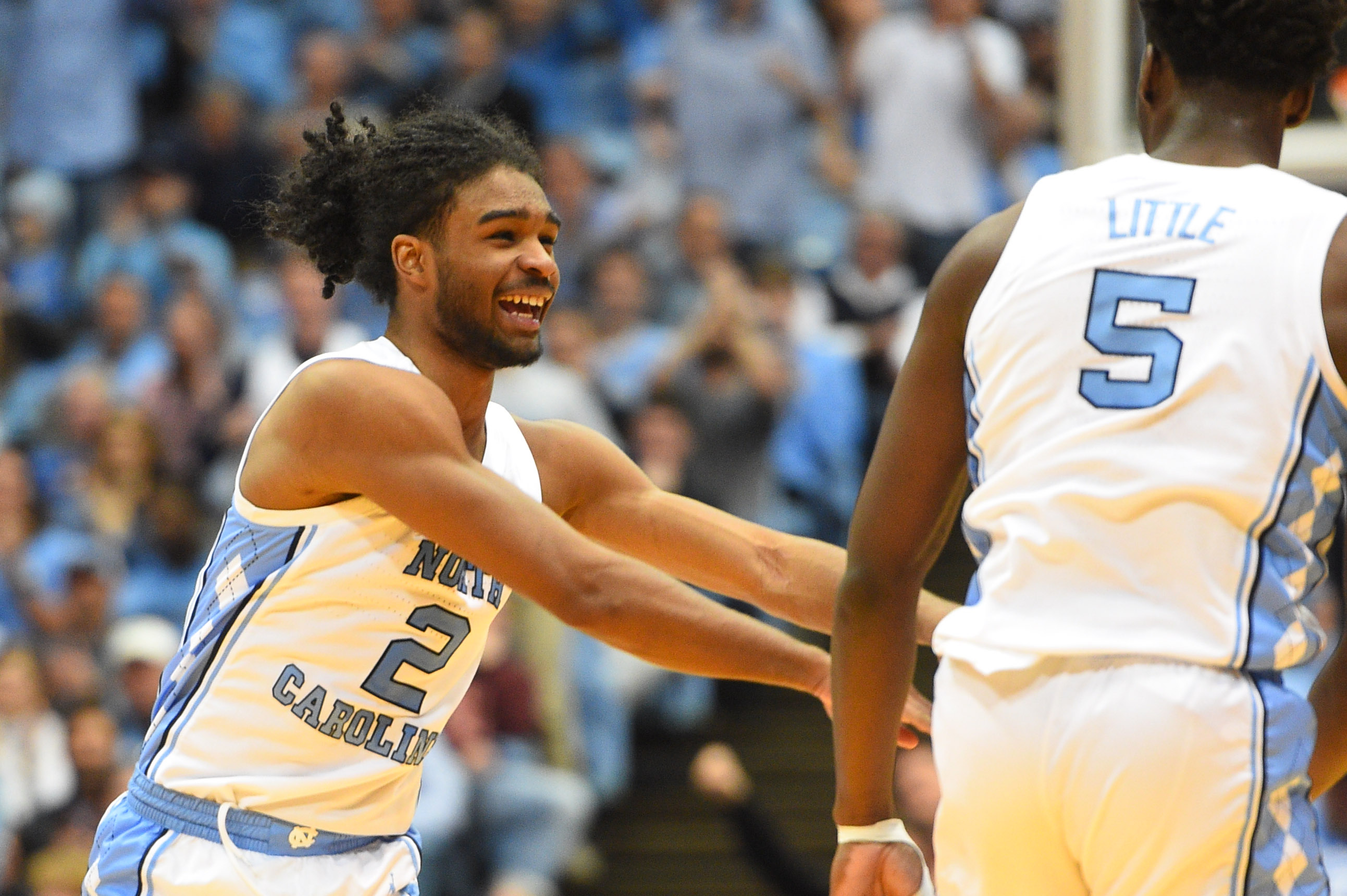 In three days, the Washington Wizards will be making their highest draft pick since 2013 as they hold the No. 9 pick in the 2019 NBA draft. After days of toying with pre-draft workouts with players that will likely go undrafted, the Wizards ramped things up with the likes of Keldon Johnson and Sekou Doumbouya late last week. On Monday, Washington held their last pre-draft workout, barring a last-second change, with UNC’s Coby White and Nassir Little taking part.

The two college teammates are the first and only prospects to work out for the Wizards that are also viable options with the No. 9 pick. Johnson will be a reach at ninth overall and Doumbouya was only in for a visit without doing on-court work. It is unlikely that White is available to Washington as he is expected to be drafted ahead of No. 9. It is also unlikely the Wizards try to move up because of their limited asset pool with Bradley Beal currently untouchable to Ted Leonsis and Tommy Sheppard. The Tar Heel point guard still knows to say the right things when asked why he would workout for a team that likely does not have a shot at him.

On the other hand, Little will likely be available to Washington should they want to select the UNC wing that came off the bench all season. In the world of positionless basketball and the desire for three-and-D type players, Little could certainly help the Wizards. He is a confident player that did well in his workout. Despite only shooting 27 percent from beyond the arc in college, he believes that is not representative of his actual shooting ability. In one drill after diving to the basket for a layup or dunk, Little was asked to run to the corner and shoot until he missed. One time he made six in a row, one time he made nine in a row. Two other times he missed. After making nine in a row, an observing Bradley Beal acted like he was going to hurl his towel in support and appreciation of Little.

UNC forward Nassir Little drains 6 corner threes in a row to finish a drill. He drained 9 in a row later and Bradley Beal motioned throwing his towel in support from the sidelines. pic.twitter.com/HxzOjSBC8T

Monday’s workout was clearly highly anticipated as there was a VIP list of attendees in the building. Majority owner Ted Leonsis observed from the sidelines and in my three years of attending pre-draft workouts, that was a first. His son Zach Leonsis, another Monumental Sports executive, was also watching. Tommy Sheppard and the rest of the front office as well as Scott Brooks and the rest of the coaching staff were also present, as usual. Player development coach David Adkins along with the rest of his young staff led the majority of the workout. Capital City Go-Go head coach Jarell Christian, general manager Pops Mensah-Bonsu and assistant GM Scott Schroeder were there, which is not necessarily atypical. In addition to Beal who has been present for several pre-draft workouts this month, Washington’s two 2018 draft picks were in attendance: Troy Brown Jr. and Issuf Sanon. Both got some weight room and cardio work in before taking part in an on-court workout following White and Little. Little admitted there were a lot of faces in the room watching the workout.

Nassir Little made sure @CandaceDBuckner did not keep getting her question cut off.

On the big crowd including owner Ted Leonsis watching his pre-draft workout: "It just kind of shows how interested they are." pic.twitter.com/diyCCr2Tse

A week ago, Washington was expecting to have the likes of USC’s Kevin Porter and Gonzaga’s Rui Hachimura in for workouts, but does not seem to be happening as things can easily fizzle out this time of the year with chaotic schedules for the prospects. It will be interesting to see if Little moved up the Wizards big board with Monday’s performance and if he gets his name called at No. 9 on Thursday. Or maybe it is Doumbouya or someone Washington did not talk to recently like Cam Reddish, Jaxson Hayes or Bol Bol. How things play out in three days will also impact Tommy Sheppard’s two-plus month interview for the permanent team president position that is currently going well. Simply put, there is a lot on the line Thursday night.