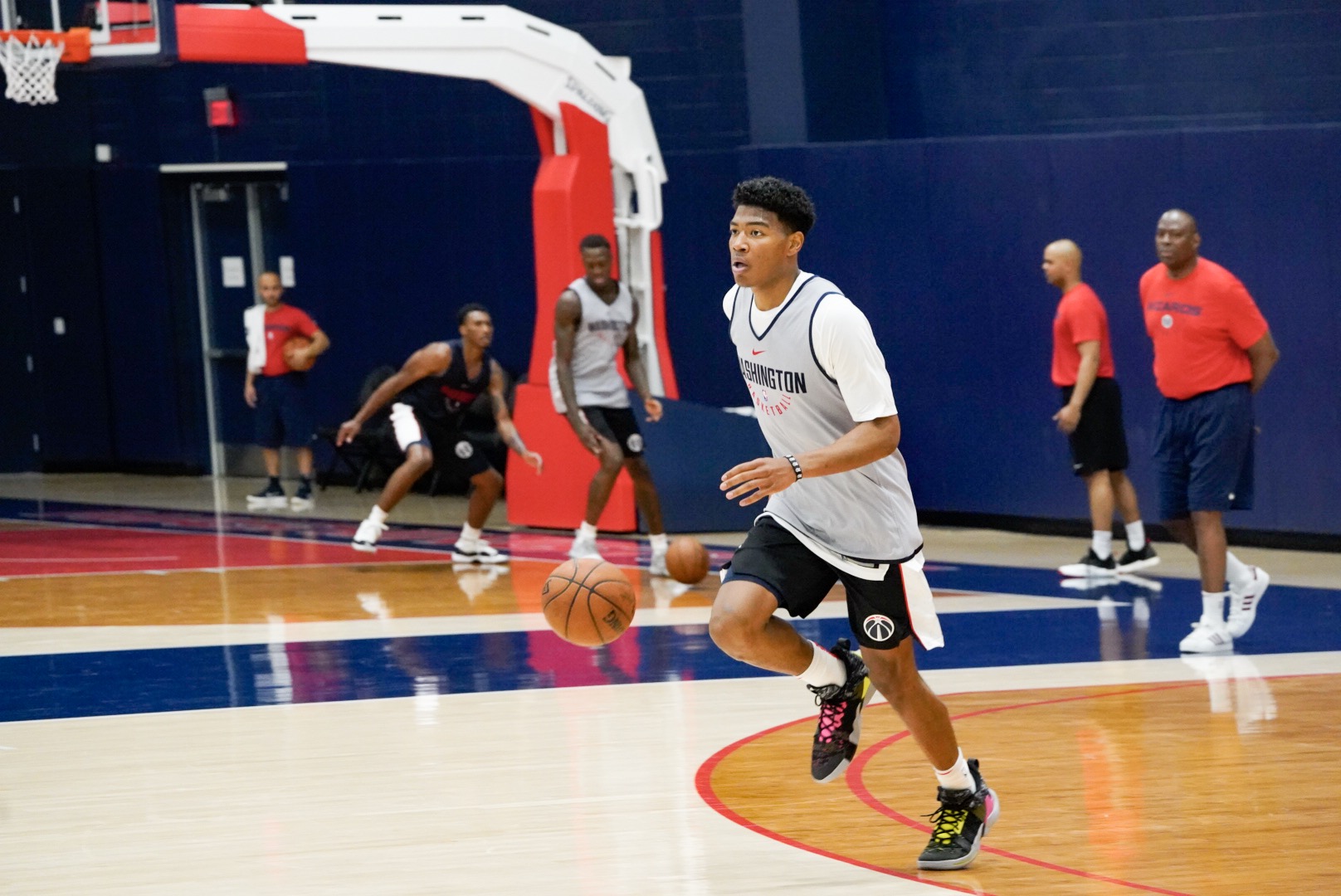 The Washington Wizards have not always garnered that much media attention relative to the other sports teams in town. The Washington Post, The Athletic, and NBC Sports Washington are the only outlets that truly cover the beat. Now that the Wizards have made Rui Hachimura the first Japanese player drafted in the first round of the NBA, things are changing. Dozens of Japanese reporters filled the hallways, media room, and practice courts at Entertainment and Sports Arena in anticipation of Hachimura.

In the short portion that was open to the media, Hachimura took part in 5-on-0 drills as well as some 5-on-5 scrimmaging. Like any rookie, he had his ups and downs. He threw down some dunks and finished around the rim, but his jump shot was not falling. Hachimura was playing with 2018 draft picks Troy Brown Jr. and Issuf Sanon as the team wants the trio to grow some chemistry ahead of next week’s Summer League action starting July 6. After the two-hour long practice, Hachimura held court with the media in both English and Japanese. The biggest takeaway was Hachimura’s liking of the melting pot of cultures that is Washington, D.C.

Rui Hachimura is a fan of Washington D.C. being a melting pot: "There are a lot of kind of people: white, black, Asian, a lot of people. I see a lot of cultures. I like to see those kinds of stuff." pic.twitter.com/B5zmv8U9o6

On one of the other five-man teams, undrafted free agent Justin Robinson was running point guard. The Virginia Tech product is from Manassas, VA and remembers watching Gilbert Arenas torch the then MCI Center. A combination of that and the Wizards having ample roster spots made Robinson believe Washington would be the best fit for him to stick in the NBA. He passed up opportunities to be drafted in the mid-second round and possibly stashed overseas to come to D.C.

Justin Robinson had season tickets for the Wizards during the MCI Center days. He remembers Gilbert Arenas draining threes and turning around before they went in 🔥 pic.twitter.com/O30Qb7YIYI

Virginia Tech's Justin Robinson said he passed up some opportunities to be drafted in the 40s in order to be in the best fit for himself, which he believes is with the #Wizards. pic.twitter.com/PWl07gkIlz

Washington will continue the rest of their mini camp with two-morning practices on Wednesday and Thursday. In the meantime, you can check out our Rob Banez’s photos from Tuesday night here.