Your Morning Dump... Where the Celtics aren't done making moves 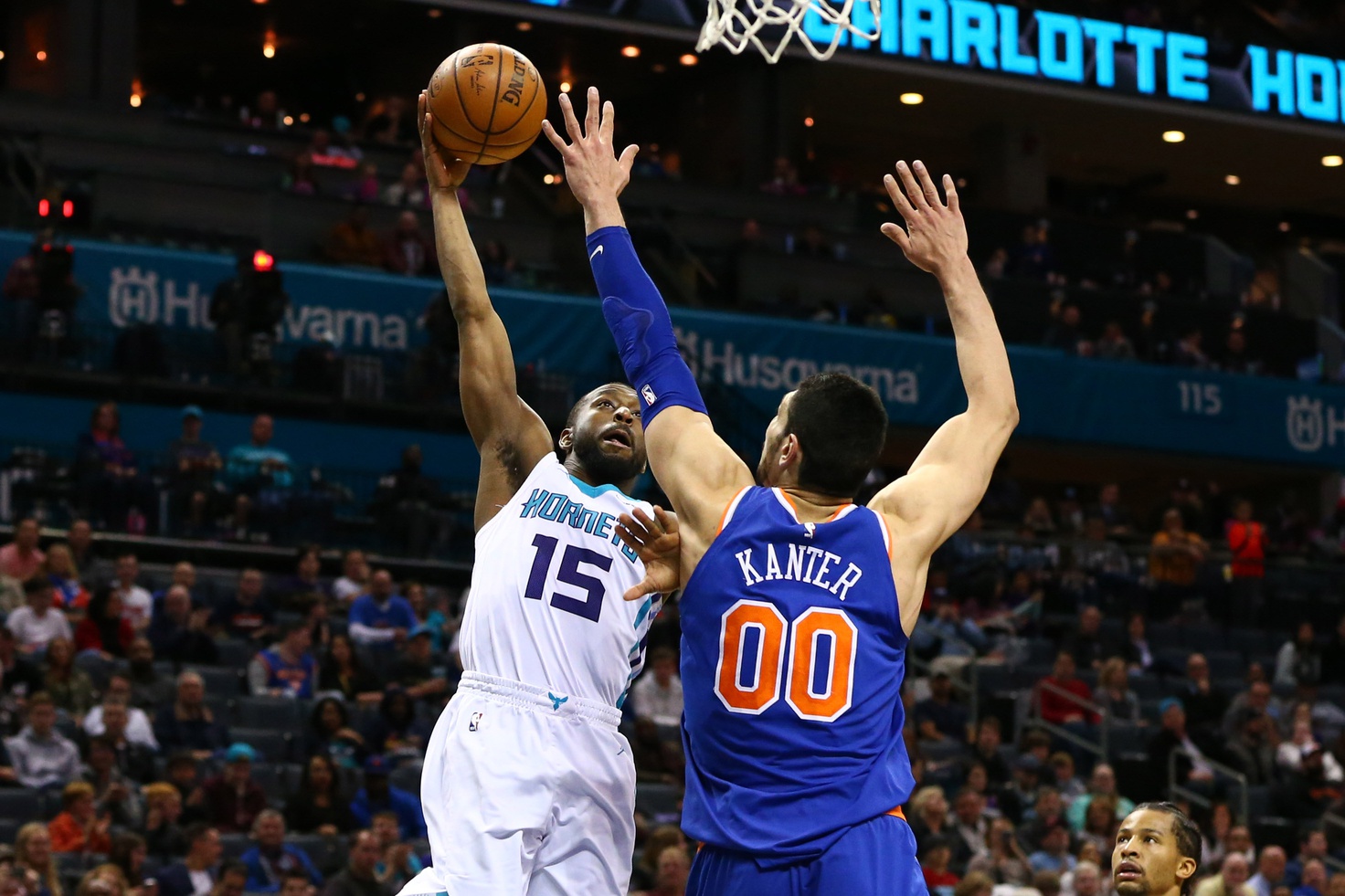 Your Morning Dump... Where the Celtics aren't done making moves

According to Steve Bulpett of The Boston Herald (paywalled, ed.), the Celtics may not be done making moves and are remaining “very active” on the free agent and trade markets. Here’s are Bulpett’s exact words from a recent piece.

The Celtic roster you see today will not be all that you see in the middle of October. The club is not done making moves, and according to teams around the league that we spoke to Monday, the C’s are very active in trying to see what free agents may still shake loose and what kinds of sign-and-trade deals could free up a better chunk of money to attract a large person.

This would certainly make sense, as the Celtics did lose quite a bit this offseason and are particularly thin in the frontcourt. While adding Walker and Kanter were solid moves, the team has also lost Kyrie Irving, Al Horford, Terry Rozier, and (likely) Marcus Morris. While the team still has solid depth, they may be looking for an opportunity to add another proven player to their roster.

For the time being, it’s unclear who the team would target. And furthermore, how they might acquire more talent. The additions of Walker and Kanter have just about capped out the Celtics, so they may have to get creative to add more talent.

The Celtics are in a rather interesting spot… They’re apparently planning to use the room MLE to sign Kanter, which puts a hard cap on their salary for 2019/20*. This makes upgrading available talent rather tricky, as the team can certainly do a two-for-one swap, but in doing so, they can’t necessarily take back 100% of the salary they’re sending out because they’ll be left with a hole in their roster.

So what do the Celtics need? Big men. And who are available? Well, Boogie’s still on the market, but I’m pretty sure that Ainge still remembers the failed experiment with the O’Neals, wherein one of them never showed up to play and the other’s body finally broke down–so I’m not sure the team’s going to be looking to sign a center with questionable health and/or motivation.

And, as far as tradeable players go, the team’s a little bit short of them at the moment. Because the Celtics are in a tight spot salary-wise, the bargain contracts that they have Tatum and Brown signed to could only be used to bring back other bargain contracts–typically young players on their rookie deals, and there’s no indication that the C’s value any other team’s young players over Tatum and Brown, which stands to reason when you figure that both of them were drafted #3 overall. Smart’s contract is also already looking like a bargain, and with as young as the Celtics are overall (7 of the team’s players are on rookie deals**), they’d have to package a lot of salaries to match the incoming salary of an impact veteran.

So, what moves can be made? If I had to make a guess, it would involve Yabusele and possibly Semi. Their salaries (combined, about $4.7M) could be used to sign Kanter, if the team does a delayed three team trade sending Semi & Yabu to a team with cap space, generating a trade exception, and then using that trade exception to grab Kanter on a sign-and-trade with Portland. That gives the Celtics back their room MLE, which could be used to sign a different impact big outright. Or they could sign Kanter using the MLE and create a $4.7M trade exception by sending out Semi and Yabu and hold that exception in reserve for another move later this season.

*The CBA has three different Mid-Level Exceptions (MLEs). From greatest to least, they are the full MLE, the room MLE and the taxpayer’s MLE. Without going too deep into the details, the amount of the MLE available is determined by the total amount of team salary paid in a year. If the a team signs a player to either the full MLE or the room MLE, their total salary cannot exceed a predetermined amount.

** Brown, Tatum, Rob Williams, Grant Williams, Yabu, Romeo Langford are all on CBA defined rookie scale contracts, as they were picked in the first round. Semi, a second round pick, is not technically on a rookie contract, but he basically is to all intents and purposes.

Page 2: Where Robert Williams is starving, but in a good way

Now, with Summer League looming at the end of this week, Williams is scheduled to play major minutes. That could mirror the regular season — with Al Horford and Aron Baynes in new cities, Williams could be the team’s primary center off the bench.

“Starving, man,” Williams said on Monday, when asked how hungry he is to prove himself. “I’m trying to get out here and play. I’m trying to showcase. Everybody’s trying to showcase, man. There’s a chip on your shoulder, always. Especially, not being able to play that much in Summer League last year, not being able to prove myself like I wanted. It’s another opportunity going in as a second-year player. Just got to keep that mentality.”

Robert Williams seems to have gotten a bit lost in the shuffle last season. The Celtics, deemed championship contenders from the moment they lost to the Cavs in the ECF, stumbled out of the gate, and aside from about a month and a half midseason, never really looked right. It wasn’t supposed to be a season in which attention would be given to developing young players, and as the team basically played and acted like a group of individuals pursuing their own ends, the coaching staff had their hands full just trying to win games.

In that environment, and what with being shuttled back and forth between Portland and Boston, Williams could be forgiven for feeling like a bit of an afterthought, and that’s motivated him to prove his value this season.

With the loss of Baynes and Horford only offset in part by the addition of Kanter, Williams looks primed to get a bigger role and, perhaps, more flexibility to make mistakes than he would’ve been afforded last season.

Finally: The Blazers didn’t give Kanter very long to accept their offer

New Celtics center Enes Kanter via text to @TheUndefeated on why he didn’t return to Portland. pic.twitter.com/kznF6CUmbU

I was there. 45 mins ain’t that long either but nobody wana be left empty handed https://t.co/mtvT3jPNqU

On the court, it’s generally acknowledged that there are two sets of rules. The NBA could, very easily, put a stop to super-star officiating. They review every minute of game film, and they know when refs play favorites. At the same time, there’s zero incentive for them to call the game close. As a general rule, fans only bellyache about the officiating when they’re victims of it. And the NBA is also savvy enough to realize that guys who say, “I don’t watch the NBA anymore, the officiating is so bad” would probably not start watching the NBA if the officiating improved.

So, yes, there’s a separate set of rules out there for the super stars.

And it applies to free agency as well.

Tampering goes on all the time in the NBA, and the league turns a blind eye to it when it involves superstars. That kind of tampering keeps the buzz going during the first slow month of the off-season.

But for role players, rotation guys, guys who, to be honest, are better than 99.9999% of all basketball players, worldwide (including the washed-up guys in your rec league who think they could take on an NBA benchwarmer): These guys are left more or less in the dark during the month leading up to the start of free agency. Their agents likely know which teams are interested in them, and they might have a vague idea of what contract offers might be extended to them, but nothing is even remotely close to being settled, and when offers come in, they’re likely to come in with very short expiration dates.