Your Morning Dump… Where we’re ready to watch Grant Williams 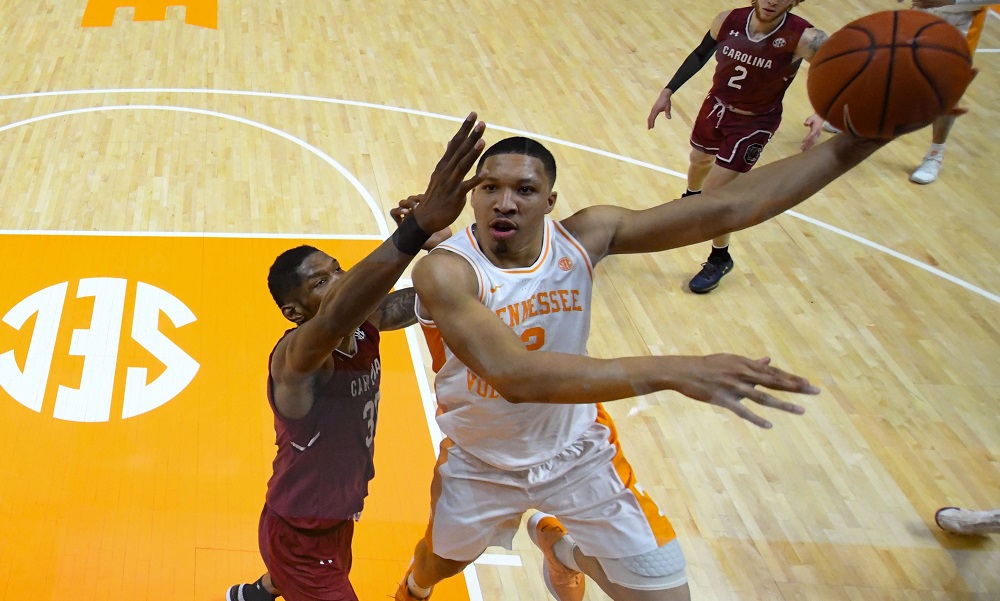 Your Morning Dump… Where we’re ready to watch Grant Williams

Williams isn’t just strong, he’s NBA strong. During pre-draft workouts with sports science leaders P3, Williams’ strength graded out in the 96th percentile among all NBA players tested (not just rookies, everyone). Watch college highlights and players tend to bounce off Williams and, now, that strength will likely be the key in him being able to joust with NBA giants.

Williams knows the concerns about how his game will translate at the NBA level. He’s going to have to gravitate more to the perimeter and extend his range because he won’t always be able to overpower guys like he did in college.

“It’s definitely like I gotta step my game up as a rookie,” said Williams. “You kinda want not only to stand out but kinda separate yourself. So see what [Hayward is] doing, the morning and how hard he is working, and same with Jayson [Tatum], seeing guys like that and how much time they put into the gym, really not only gives you the map to how to be successful but also allows you to see what it takes at this level.”

The Celtics start summer league play tomorrow, and the player I’m most looking forward to watching is Grant Williams. Any no. 22 pick is going to have flaws; Williams exudes such confidence that I have wild optimism he’ll overcome his.

In scouting reports, his height is listed at both 6’7” and 6’8”, but either way he’s a bit undersized for a power forward. However, he appears to compensate by being so strong that the just goes right through his defender.

Williams is intelligent and has already shown appreciation for the history of the Celtics’ franchise. If he displays any spark on the court, he’ll be a fan favorite immediately.

There must not be much else to talk about in the sports world, because hot-take artist Nick Wright is always hating the Celtics on his show that nobody watches. Yesterday, he tried to drag Enes Kanter, and when the show tweeted about it, Kanter clapped back:

The only disaster is that hairpiece 😂@getnickwright https://t.co/kp72NZkcu8

Kanter has been in a real-world feud with the president/dictator back home in Turkey, so he’s not about to take any grief from a puny TV talking head.

And, finally… The fellas

The 2008 Celtics will be forever linked, so it wasn’t surprising that Perk tweeted out this picture of some of them gathering for dinner. From left are Kevin Garnett, Rajon Rondo, Paul Pierce, Sam Cassell, Mystery Man, and Perkins.

Mystery Man doesn’t appear to be a former player, so his identity remains, umm, a mystery. Some people on Twitter suggested he was Ray Allen’s stand-in, since Ray himself wasn’t there. But we’re not getting into all that again – not here, not now. Nope, nope, nope.