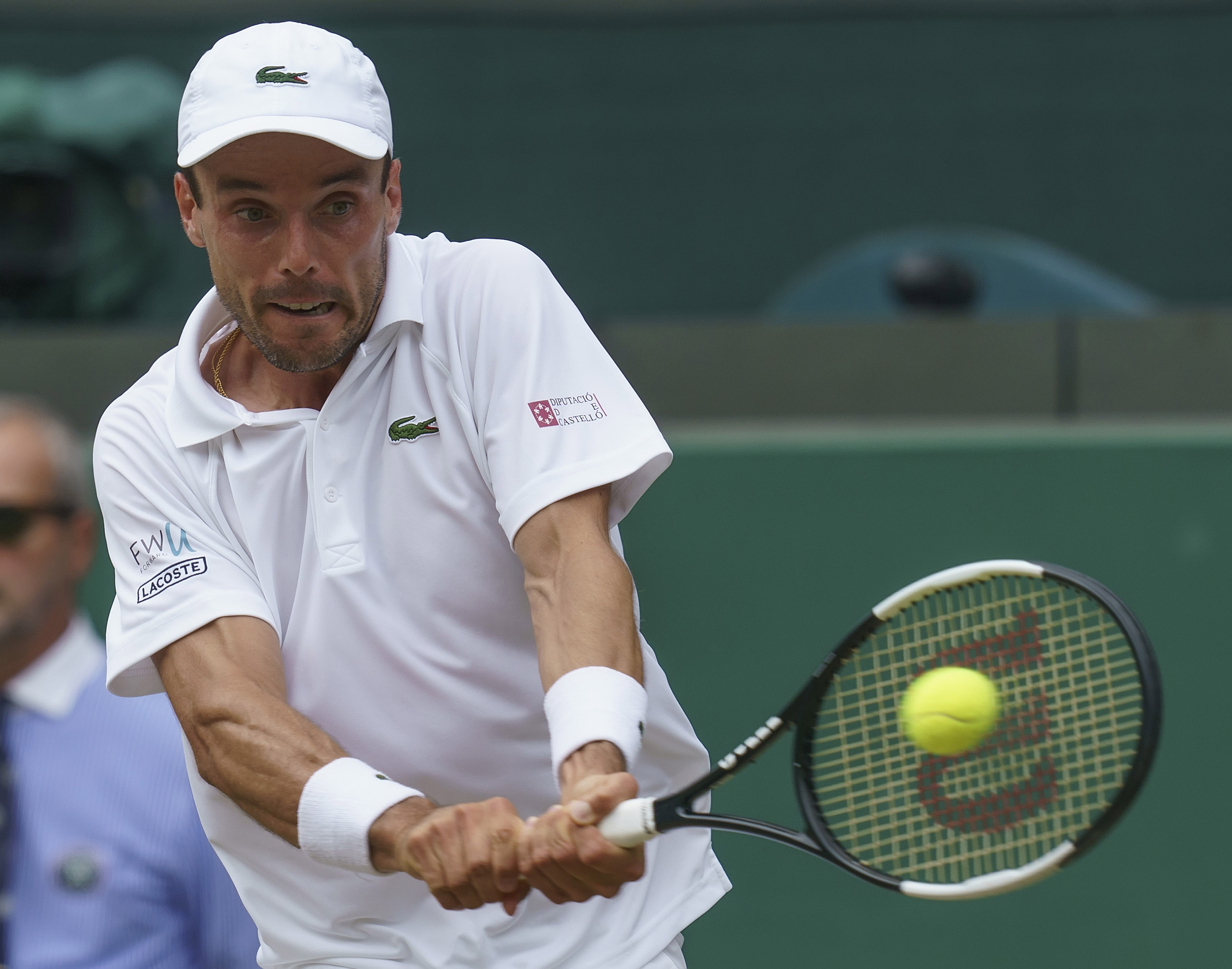 The semifinalists are now set for the third major of 2019. The big three are still in the conversation at Wimbledon after the number one seed and defending champion Novak Djokovic of Serbia beat the 21st seed David Goffin of Belgium 6-4, 6-0, 6-2, the second seed and the greatest player of all time, Roger Federer of Switzerland beat the eighth seed Kei Nishikori of Japan 4-6, 6-1, 6-4, 6-4 and the third seed and French Open champion Rafael Nadal of Spain beat the unseeded Sam Querrey of the United States 7-5, 6-2, 6-2 in the men’s quarterfinals on Wednesday.

The fourth semifinalist will be making his final four debut at a major. Also on Wednesday in the quarterfinals, the 23rd ranked Roberto Bautista Agut of Spain beat the 26th ranked Guido Pella of Argentina 7-6, 6-4, 3-6, 6-3. The furthest Bautista Agut had got to a major title prior to Wednesday was the quarterfinals at the Australian Open back in January.

Now on paper, Djokovic should comfortably beat Bautista Agut without any difficulties. However there are three reasons why Bautista in Agut has an outside chance of pulling off the upset.

2) Bautista Agut is playing the best tennis of his career. It is an understatement to say that Bautista Agut is hot at the moment. In fact, he has been outstanding at Wimbledon in 2019 to date. When Bautista Agut lost the third set in the quarterfinals to Pella on Wednesday, it was the first time at Wimbledon this year he dropped a set. Prior to the quarterfinals, Bautista Agut beat Peter Gojowczyk of Germany 6-3, 6-2, 6-3 in round one, Steve Darcis of Belgium 6-3, 6-2, 4-2 in round two, upset 10th ranked Karen Khachanov of Russia 6-3, 7-6, 6-1 in the third round. and then the 28th ranked Benoit Paire of France 6-3, 7-5, 6-2 in the fourth round.

3) Bautista Agut performed well in a tuneup event. Prior to Wimbledon, Bautista Agut decided to play the Halle Open, while Djokovic decided it was important to rest and not take part in any ATP events between the two majors. In Germany last month, Bautista Agut made it to the quarterfinals after beating Taylor Fritz of the United States 7-6, 6-0 in the first round and Richard Gasquet of France 6-1, 6-4 in the second round. Then in the quarterfinals, Bautista Agut went up against Federer and lost 6-3, 4-6, 6-4. The Halle Open might give Bautista Agut some added confidence as he prepares for his tough Friday Wimbledon test.

The other semi-final will be a treat. That is because Rafael Nadal of Spain is playing Roger Federer of Switzerland in their first Wimbledon meeting since 2008. Many people say the 2008 Wimbledon Final in which Nadal won 6-4, 6-4, 6-7, 6-7, 9-7, was the greatest tennis match ever played.