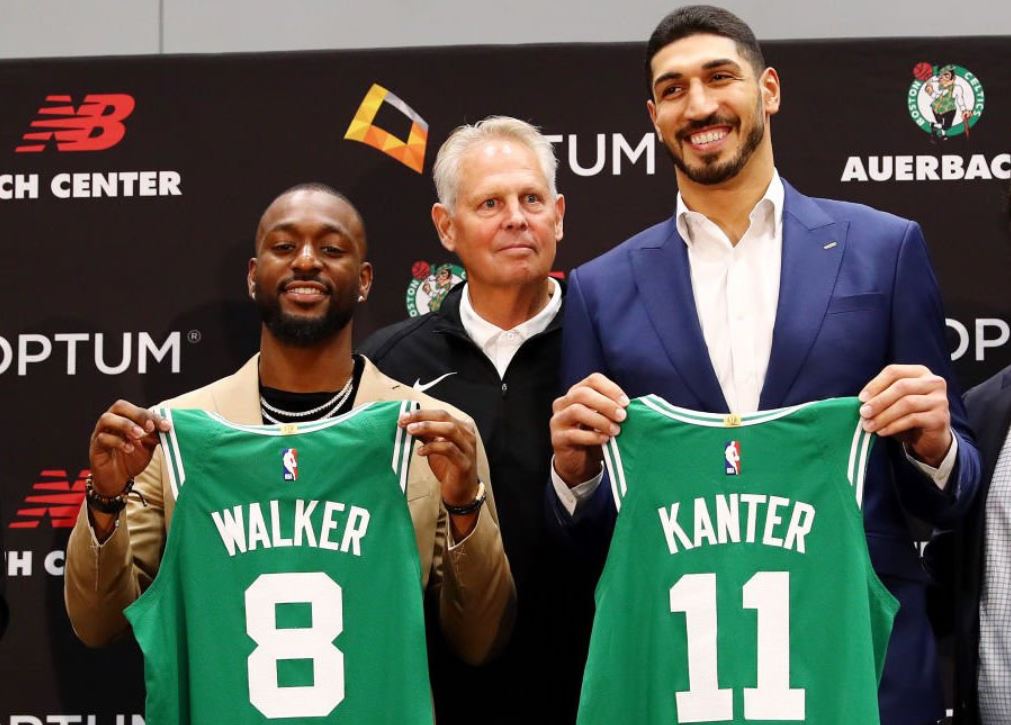 Enes Kanter on why he chose #11 😏 pic.twitter.com/Nfp1kGY6Aj

I love this man. He might frustrate the hell out of me in March and April with his (lack of) defense, but I’ll never forget these glorious times.

Kanter trolled the sh*t out of Kyrie Irving by dropping the “and I want to the be the reason no one else wears it,” line at his introductory press conference. You may recall those flimsy, flaccid and phony words were uttered in Kyrie’s Nike commercial featuring his father.

Brooklyn guard Spence Dinwiddie says Irving was mulling his exit from Boston as early as December. Danny Ainge admitted he got a sense of the departure around March and April.

I’m sure Irving will be booed mercilessly if he has the balls to ever play again at TD Garden, but I’m not sensing a deep hatred among Celtics fans on social media. It’s almost as though, a majority are relieved he’s gone.