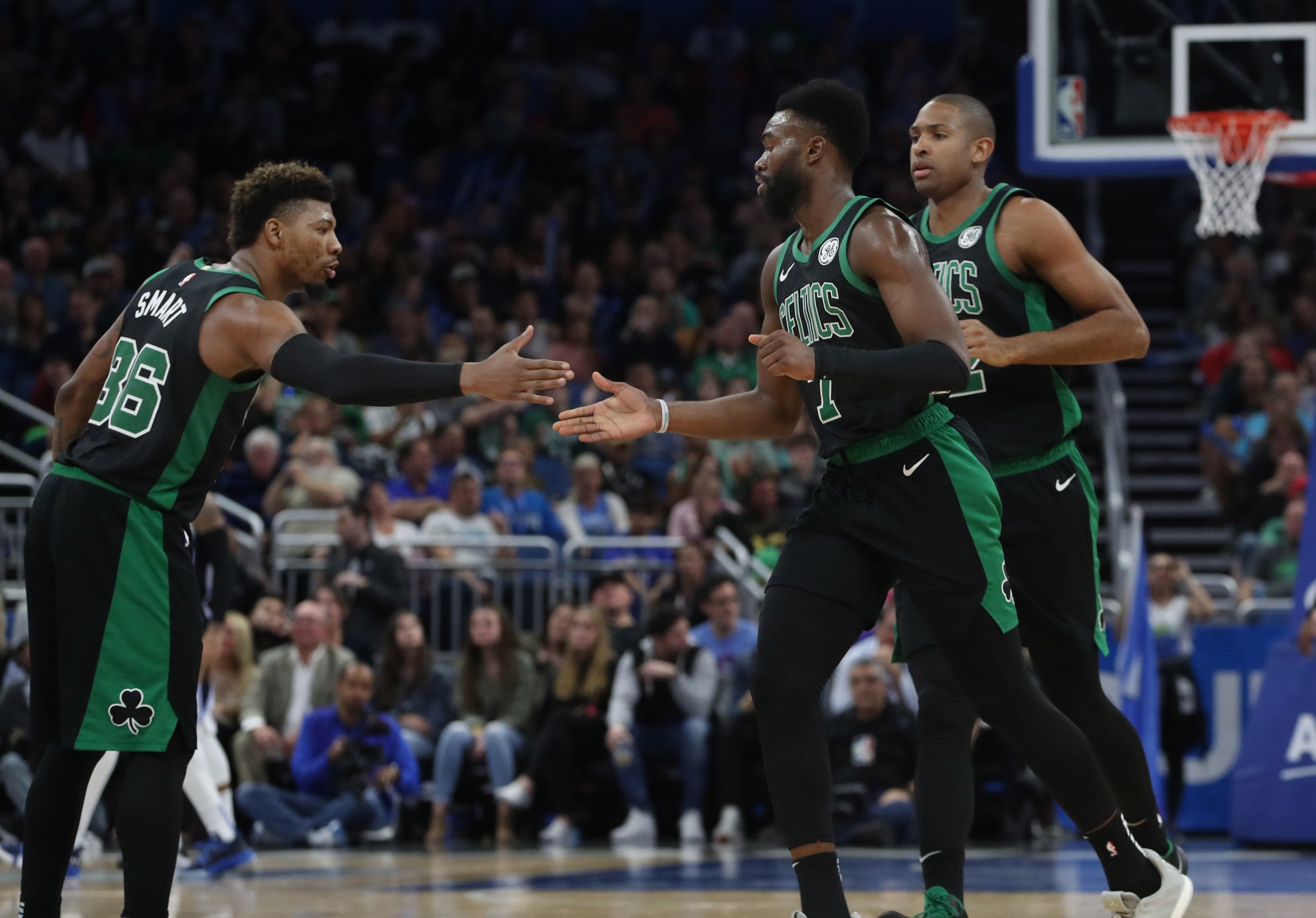 The 18th FIBA World Cup begins on August 31, and will feature the biggest field ever for FIBA’s flagship event. Team USA invited 20 NBA players to its training camp in Las Vegas, which begins August 5 in Las Vegas.

Boston Celtics Jayson Tatum and Kemba Walker are among the invitees, and the odds of them making the roster continue to rise as players withdraw.

As stars opt out of participating, the Celtics could have a couple of other representatives as well — according to the Athletic’s Joe Vardon, both Marcus Smart and Jaylen Brown are on the short list to join the roster. Jayson Tatum is already in contention to make the team.

Without reading too deeply into the opportunity to win a gold medal at the international level, the Celtics might appreciate the opportunity for three of their most important young players to connect and play with their new star point guard before training camp gets underway.

Given that the last article excerpted above contains information that proved correct based on later developments, I’d tend to trust Vardon’s sources regarding Jaylen Brown.

Already, we know that Tatum, Walker, and Smart are going to get some quality time to work together. That’s a priceless opportunity for three key players on the team to start building a working relationship. Throw Brown into the mix and there’s an even greater opportunity for the team to develop the chemistry that was so sorely lacking last season.

At the same time, there is comparatively little at stake with the FIBA world cup. I mean, sure, FIBA–which is not as dirty as FIFA if only because they haven’t had the opportunity–would like the basketball world cup to have the same status as the soccer world cup, or even the Olympics, but it just doesn’t. In no small part because the best basketball teams in the world compete for a championship every single year. Professional basketball in the US (and Toronto), is on a whole other level. Where national teams represent the pinnacle of soccer, the NBA is (like major league baseball and the NHL) the ne plus ultra of that sport.

Given that there’s little enough at stake during the Olympics and even less with the FIBA cup, I hope the various Celtics participating in the event emerge unscathed, and with an even greater desire for the return of meaningful basketball.

Page 2: Where John’s got Kemba highlights

Walker saw Embiid tracking him for a reverse layup. Since he didn’t have the defender on his back, Walker stopped on a dime and laid it in. You can see Embiid’s momentum going the other way, so he couldn’t do much to challenge the shot.

Watch Walker’s feet. He doesn’t take the normal gather and two steps. He just bounces right up with a quick jump, which keeps the big off balance.

I am, as a general rule, a fan of pretty basketball (which more often than not means incredibly precise team defense). One of my primary objections to LeBron is a purely aesthetic one. He plays basketball like a football player. And, I mean, it works for him, but it is ugly, ugly basketball.

I enjoyed watching Isaiah Thomas and Kevin McHale for–at a basic level–much the same reasons. Both of them were incredibly effective, in their own ways, at doing subtle things that created space for high percentage shots. Things that are, as the Celtics’ outgoing PG put it, part of the “craft of basketball.”

John’s clips offer a master class in the extent to which good basketball is a matter of intelligence and coordination, as opposed to brute force.

We tend to be a bit dismissive of our physical abilities as humans—especially us nerds. We can’t run very fast. Usain Bolt is slower than a reasonably fit housecat. However, the body and mind are capable of some pretty amazing things. We’ve invented games that make a difference in reaction times measurable in thousandths of a second visible.

An average adult male is capable of accelerating his hand at the rate of 25m/s^2. Say you want to get an extra foot of clearance for your shot. How long do you have to keep your opponent from moving his hand? Or, put another way, assuming an acceleration of 25m/s^2, how long does it take someone to go from zero to one foot per second per second? Assuming linear acceleration (which isn’t correct but it’ll do), we’re talking .012 seconds.

With average humans, if you create a .012 second delay in the movement of their hand, you’ll give yourself (more or less) an extra foot to work with.

Now, factor in that these guys are not average humans, and that the best of them do not need an extra foot of clearance, and you’re talking about a scenario where creating a delay of perhaps as few as five milliseconds or less is the difference between a make and a miss. Two points on the board–or not–and all of that in considerably less time than it takes for the sound of the basket to travel from the hoop to the bench.

NBC Sports: C’s PGs evolve under Stevens; is Kemba next?