Your Morning Dump... Where Marcus makes a Smart decision (ugh, did I really just go with that title?) 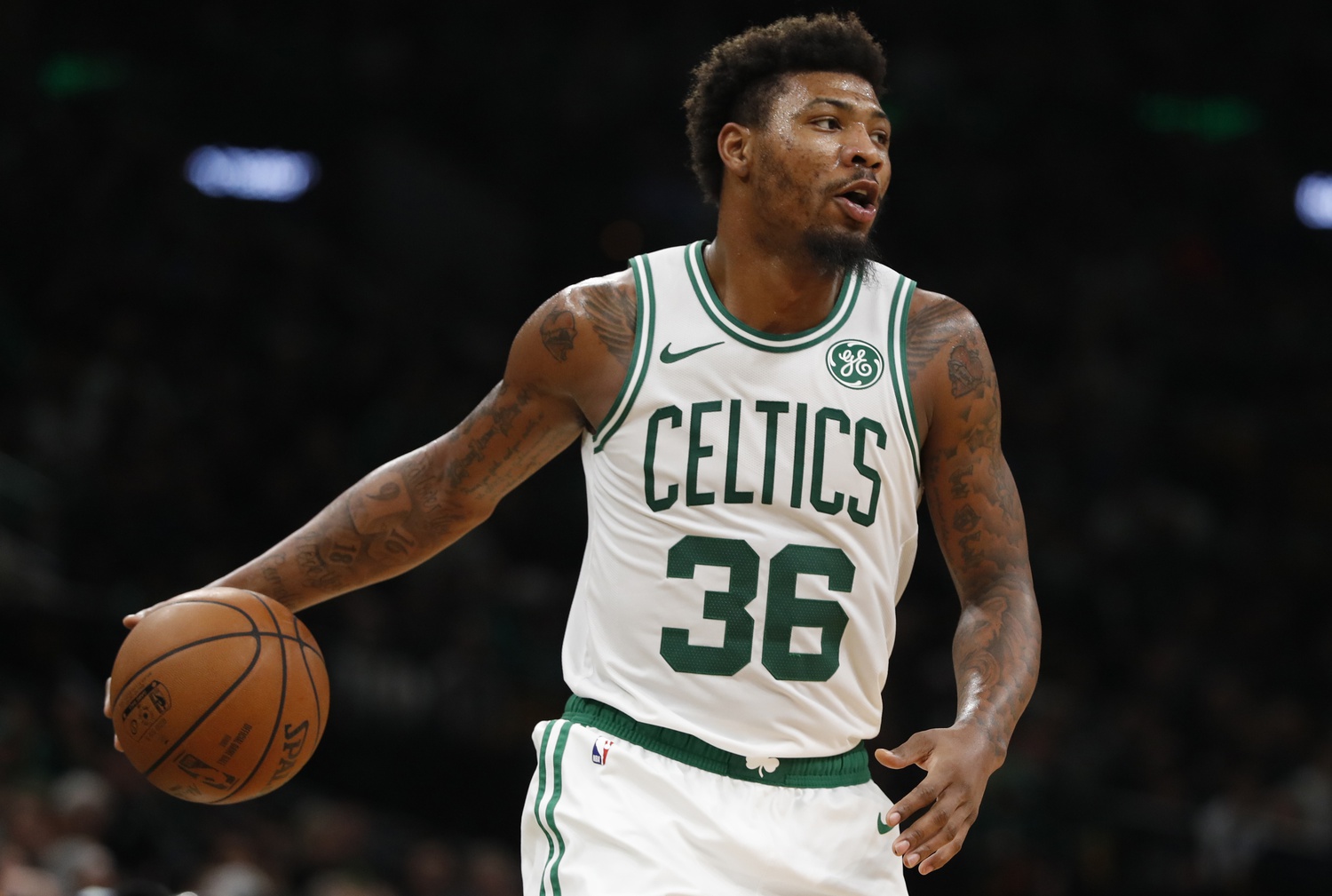 Your Morning Dump... Where Marcus makes a Smart decision (ugh, did I really just go with that title?)

“Right now, for me, I’m trying to grow as a player… taking those precautions,” said Smart. “Last year, or two or three years ago, I probably would have still been out there trying to fight through it. It’s nothing serious so we just want to make sure it doesn’t turn into anything serious.”

Smart sat next to rehabbing Kyle Lowry and watched Team USA scrimmage the Select Team at the end of the workout on Wednesday at the Mendenhall Center on the campus of UNLV. Team USA wraps up four days of workouts on Thursday before an intrasquad scrimmage on Friday night at T-Mobile Arena caps the team’s week in Vegas.

Smart, one of the players most eager to make Team USA’s final roster, had hoped to be back on the court Wednesday. Team USA assistant coach Steve Kerr said Smart had been one of the best players on the court during the first two days of practice.

Marcus Smart sitting out? My first thought was it must be pretty serious, given that Smart has historically tried to play through anything and everything, especially when the stakes are high. As Chris Forsberg mentions, Smart desperately wants to don the red, white and blue this summer, and so one would think he’d mask some muscle tightness in order to convince Pop and Kerr that he’s a must-have on the roster.

But whether the decision to sit was Smart’s only, or if a coach or trainer persuaded him to head to the sidelines, this is clearly the right decision. We’ve seen Marcus head back to the floor with an injury before (that meaningless Orlando game!) and the results weren’t pretty. And if he did keep playing, he’d play at only one voltage level — high. Playing for Team USA would be an honor, playing for the Celtics this season is a must.

Hopefully Smart’s chance to make the team isn’t over, but for now, he’s making the right call. Now let’s all watch the intra-squad scrimmage with bated breath and pray for no major injuries to the three remaining Celtics.

On page 2, Kemba reflects on Charlotte and looks ahead to Boston

For years in Charlotte, simply reaching the playoffs was considered along the lines of what a conference finals berth would be elsewhere. How will Walker handle the newfound pressure?

“I haven’t wrapped my mind around contending at this high level,” Walker told The Athletic. “It doesn’t even sound right. I’ve been with the Hornets for eight years, and maybe one time we had some expectations. Maybe just one season; seven-, six-seed or something.

“This year, there will be expectations — and I’m excited. I don’t know how to feel, I’ve never had this feeling.”

The Athletic — “Tough days, f—-ing tough days”: Kemba Walker on his decision to join the Celtics

A close fourth quarter on Christmas Day, a final possession guarding former Celtics Kyrie Irving with 18,000 standing, cheering fans, a game seven against the Pacers, or Sixers or Bucks in the second round of the playoffs… all stages on which all-star Kemba Walker has never stood.

Even though he doesn’t know how it will all feel, one thing is for sure, he’ll be ready. There shouldn’t be a worry about whether or not Kemba Walker will crumble due to the pressure. This is the same Walker that carried UConn on the biggest stage in college basketball at the beginning of the decade. Then there’s this nugget from an NBCSports Boston article back in late June:

According to NBA.com, Walker’s 175 points in the clutch were the second-most in the league last season behind Houston Rockets guard James Harden’s 192. The league’s stats page defines a clutch situation as the last five minutes of the game with the score being tied or one team has a lead of five points or less.

Kemba isn’t joining a team ready-made for a finals run, and he knows that he’ll need to be a big factor in elevating the Celtics to that upper-echelon, but he is joining a team that’s going to provide him a stage to showcase his talents in a way he’s never gotten to before in the NBA. Can’t wait to watch him try.