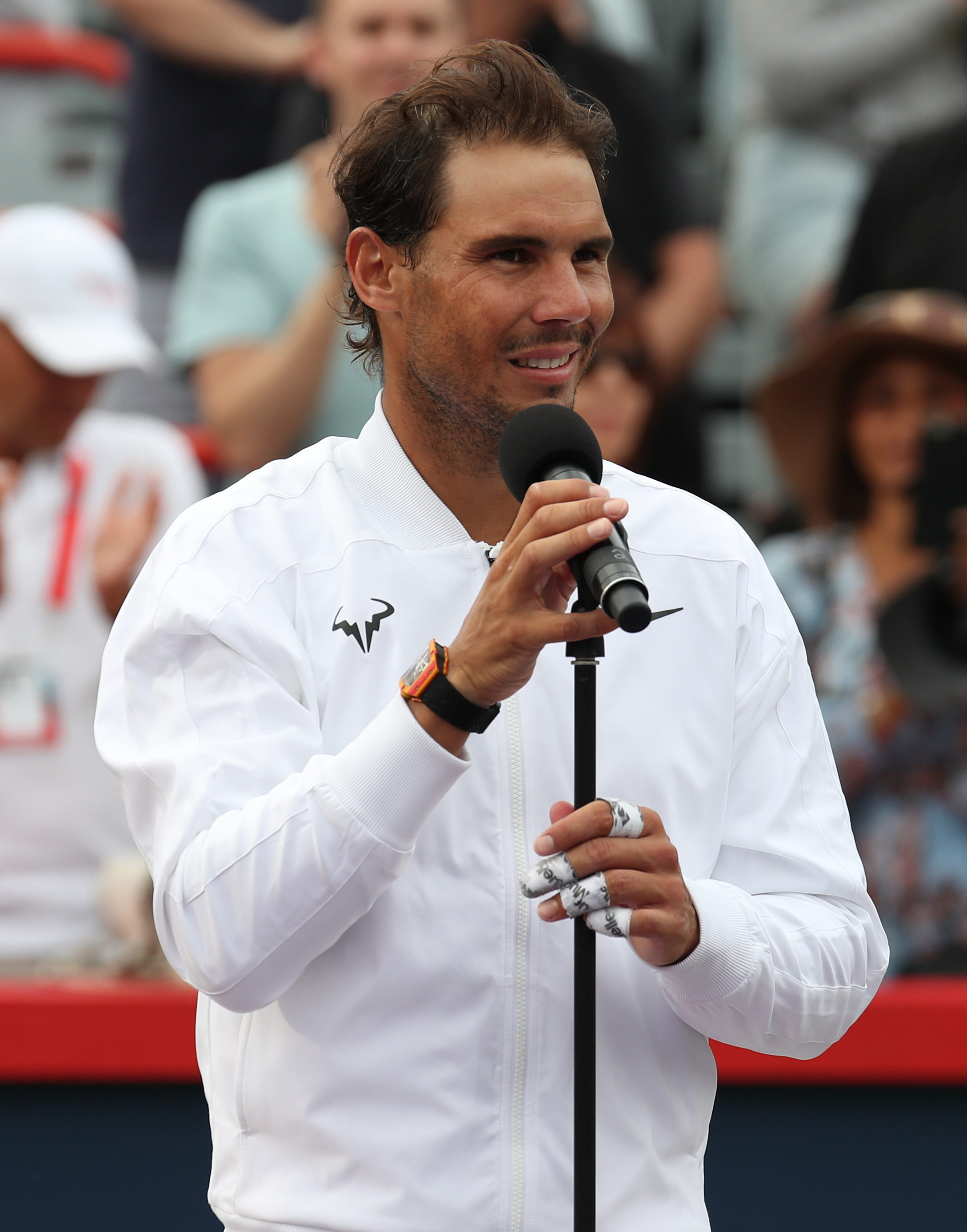 Rafael Nadal of Spain and Bianca Andreescu of Canada won the men’s and women’s singles titles respectively of the 2019 Rogers Cup in Canada on Sunday. In the men’s final in Montreal, Quebec, Nadal, the number one seed, beat Daniil Medvedev of Russia, the eighth seed, 6-3, 6-0. While in the women’s final in Toronto, Ontario, Andreescu beat Serena Williams of Saginaw, MI 3-1, before Williams had to pull out with a back injury.

In the 2019 Rogers Cup, Nadal beat Daniel Evans of Great Britain 7-6, 6-4 in the second round, Guido Pella of Argentina 6-3, 6-4 in the third round, Fabio Fognini of Italy 2-6, 6-1, 6-2 in the quarterfinals and Gael Monfils of France in the semifinals. Monfils withdrew from the tournament following an ankle injury.

On the women’s side, Canadian tennis history was made. Bianca Andreescu of Missisaauga, Ontario became the first Canadian woman to win the Rogers Cup singles title since Faye Urban of Windsor, Ontario won the women’s title in 1969. It has been a marvelous tennis season for Andreescu, who also won the WTA premier mandatory event in Indian Wells this past March when she beat Angelique Kerber of Germany in the final. Like Nadal, Andreescu has decided to pass on the Western and Southern Open this week in Cincinnati, OH.