Your Morning Dump... Where we check in on two guys down the bottom of the roster 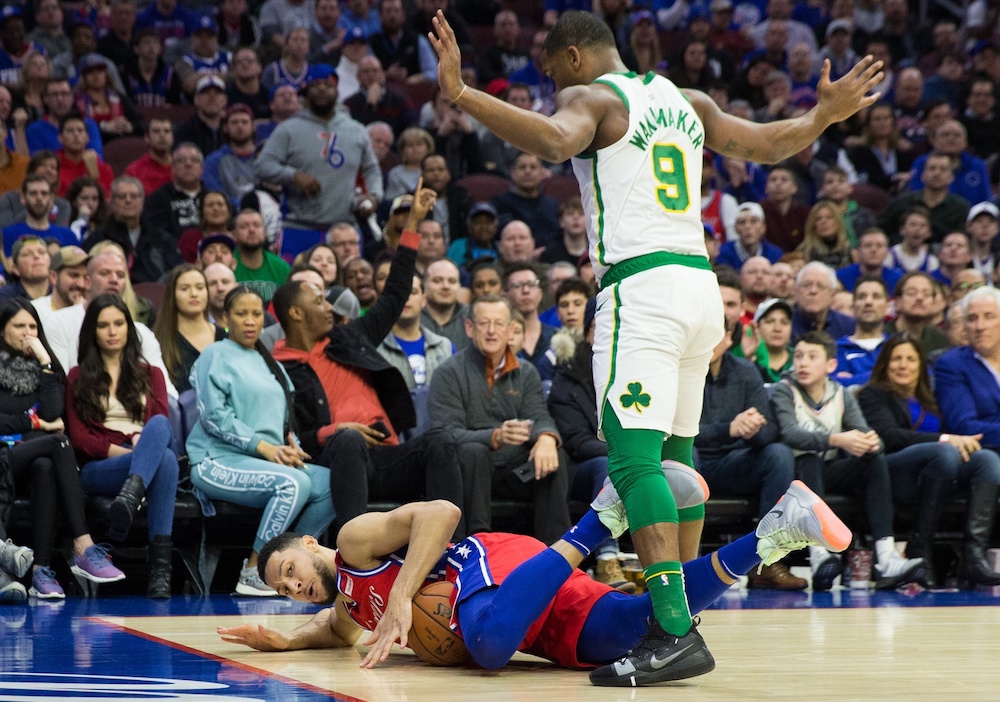 Your Morning Dump... Where we check in on two guys down the bottom of the roster

“I had moments last year when I wasn’t in the best shape,” Wanamaker said. “Just staying in the gym, keeping a clear mind and staying focused, just redeeming everything. Just doing everything over again.”

Things will look a lot different this season on Boston’s roster, but Wanamaker still won’t have guaranteed playing time. He still has a star point guard ahead of him in Kemba Walker, and there is still a young challenger for lead-guard minutes in Carsen Edwards — the Celtics’ star bucket-getter of the Las Vegas Summer League. Marcus Smart plays some lead guard as well, and even Gordon Hayward can be a primary ball-handler at times.

So even if Celtics’ officials made Wanamaker promises during negotiations, he’s ready to earn his spot this year.

When the Celtics opted to bring in Brad Wanamaker last year to essentially replace Shane Larkin as a third point guard on the roster, it was easy to imagine Wanamaker doing Shane Larkin type things. Sure, they’re different players — Larkin more of an offensive spark plug and Wanamaker a steadier ball handler and a stouter defender, but Larkin was great as a “break-in-case of injuries” replacement and the hope was Wanamaker could do the same.

Jury’s still out on that, though, because Terry Rozier and Kyrie Irving played for much of the season. Marcus Smart didn’t miss too much time as well, and so Wanamaker’s minutes were sporadic and it’s hard to say definitively how his season went.

Honestly? I’d love if Carsen Edwards becomes the second guard off the bench and if Romeo Langford is getting minutes in the backcourt as well, but Wanamaker flashed a bit last season, and he’ll probably be a steadier option as Edwards and Langford go through growing pains.

Ideally, Wanamaker can shoulder 15 minutes a game early and then Edwards and Langford become too good not to play. That could put Wanamaker back in the frustrating position of not having a well-defined role, but it would put the Celtics in the enviable position of having promising young players for the future.

On page 2, how do we feel about that Poirier guy?

The Celtics will likely use Poirier differently on defense than he was used last season. Baskonia often asked Poirier to hedge ball screens somewhat aggressively, thus dragging him far out onto the perimeter. When forced into long closeouts or switches, the big man didn’t always hold up well

The Celtics probably intend to use Poirier more like they utilized Aron Baynes. If Poirier drops into the paint in pick-and-roll coverage, his size will be more of a factor and his perimeter limitations won’t be as much of an issue. Check out how Baynes positioned himself in the following position, allowing him to redirect the ball handler and recover to the rolling big man

The Athletic — Film Study: How newly signed Vincent Poirier should fit in on the Celtics

The Celtics gave Vincent Poirier, french big man who played for Baskonia in Spain last season, a two year contract at over the minimum per year. You’d have to think this means they have bigger plans for him minutes-wise than they had for Yabu the last few years. The last big man the Celtics poached from overseas was Vitor Faverani, but Vitor came to play for a rebuilding team with zero expectation. VPo comes to Boston to join a team that has playoff and perhaps even championship aspirations.

He also joins a team with a lot of question about its frontcourt defense, and so while Jay King does a comprehensive breakdown of Poirier’s fit on the Cs, I’m most interested in how his game will translate defensively.

If they want Poirier to play the Baynes role (which makes sense, because Kanter’s game is very different), it would mean dropping on pick-and-roll’s and being a sturdy last line of defense.

Danny and Brad likely have a pretty good idea of how they’d like to utilize Vinny (trying out lots of names here) but as a complete unknown for us fans, it’s good to get a sense (and a visual if you have a subscription to check out the videos on Jay’s article) of what we’re getting.

And finally, I could get used to seeing this

Jayson Tatum lobs it up for the Jaylen Brown throw-down! #USABMNT pic.twitter.com/EYwLOM8L4H