Your Morning Dump... Where Walker and Smart are co-captains 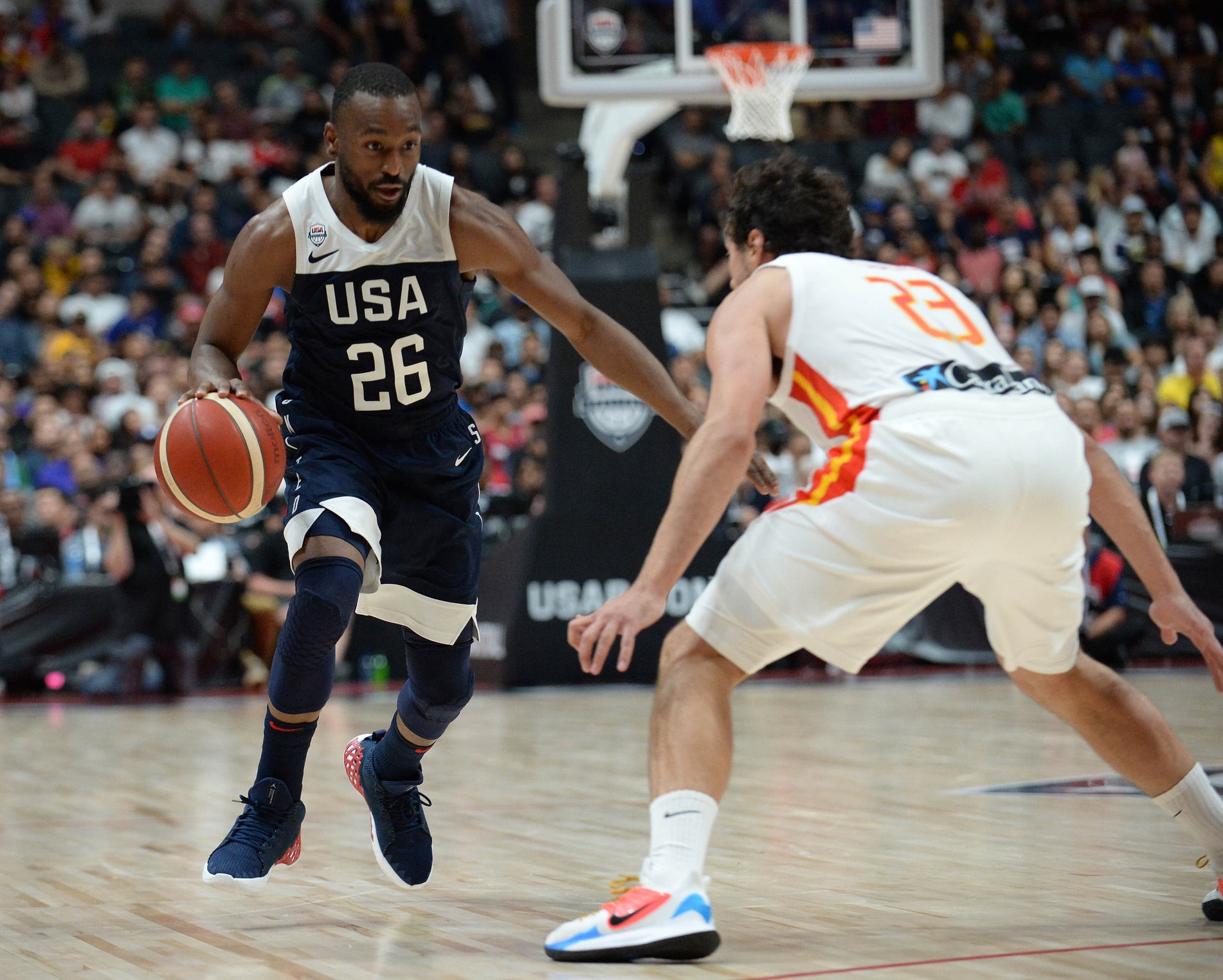 Your Morning Dump... Where Walker and Smart are co-captains

Walker is arguably the best player on the team, so it’s no surprise that he’s a captain. Mitchell being named a captain isn’t a shock either, when you consider how he came in as a rookie and showed tremendous ability as a leader with the Jazz and has continued to build off that success.

But Smart’s selection as a captain speaks to why his brand of leadership goes beyond the box score.

He has been nursing a calf injury, which has not allowed him to get on the floor as much as he would like. He did not play (coaches decision) in Team USA’s 102-86 exhibition win over Australia on Thursday morning.

International play, unlike the NBA, requires that a designated captain be on the court at all times, and Team USA has named Marcus Smart, Kemba Walker and Donovan Mitchell as captains.

This year’s green-tinged team has me reflecting on the nature of opportunities.

The FIBA World Cup is not a highly regarded trophy, at least not in the US. Casual fans who recall the 2002 FIBA cup as the nadir of American basketball, where Team USA played host and didn’t even make it to the medal rounds, may not realize that the US failed to medal in 1963, 1967, 1970 and 1978. In total, the US has won only five of the seventeen contests. Contrast that with the US Olympic team, which has won gold 15 times in 18 appearances (the US boycotted the 1980 Summer Olympics).

In Tom Westerholm’s coverage of the news, he points out that many players may be skipping this tournament to prepare for a potentially wide-open NBA season.

I mean, yes, there’s an increased risk of injury that comes with competitive play, and the Cup concludes barely a month before the regular season starts, which raises the prospect of fatigue, given the realities of a contender’s 100+ game season (including the playoffs).

However, the FIBA tournament will be, at most, six games (three games in the round-robin portion of the tournament, and then three playoff games for medal winners), and the games are only 40 minutes long.

The FIBA cup roster was never going to be as star-studded as the Olympic roster. However, the list of players who declined to participate far exceeds the number of players who are going to make the Team USA roster next summer. Guys like Bradley Beal and John Wall are, at best, long shots to make Team USA in 2020–they’re only getting on the squad if better players are injured or decline to participate. But they apparently had no interest in playing with the FIBA cup squad either.

I mean, you look at this Team USA roster, and it’s ridiculous that there are four players on it from a team that didn’t even win 50 games during the regular season, before whizzing down its collective leg in the second round of the playoffs.

But, well, that’s where we are.

The rest of the league basically gift-wrapped the core of this Celtics team with a storybook, made-for-TV-movie opportunity to gel before the regular season starts, with the full backing and support of the NBA.

Consider that the Celtics stand to benefit more than any other team in the league from a successful FIBA campaign, and the team doesn’t have to pay a dime for the opportunity. The general indifference of the league’s best players gives Boston a 100% free chance to solidify a young nucleus through a unique experience.

The word that we’ve gotten from the team over the summer is that they’ve moved on from last season and are chomping at the bit to resume competitive play. They know as well as anybody how poorly they underachieved last season, and their best players are going to be the core of a lightly regarded FIBA team that will almost be underdogs when it comes to the medal rounds.

Like I said, you got made-for-TV-movie level schmaltz here.

If the Celtics hit the ground running and proceed to handle the league as well as they should’ve last year, you can bet Smart, Walker, Brown and Tatum will credit their experience in the FIBA cup for giving them an added boost—for taking advantage of an opportunity for team-building that almost nobody else in the NBA saw for what it was.

Page 2: Where Cooz gets a medal

"Mr. President, I know in your world, you're well on your way to making America great again. In my world, it's been great for 91 years. Only in America could my story have been told," NBA legend Bob Cousy says at his Presidential Medal of Freedom ceremony https://t.co/AfEIFrfeM5 pic.twitter.com/d0qZiZ2akI

They arrived at the train station two hours early, so they passed the time by doing what most professional athletes did during that time — grabbing a few drinks.

“Two hours of that, we have to wiz,” Cousy said. ‘So we go to the boys room. Now Chuck is from Pittsburgh. He thinks he’s pretty cool. I’m from the Big Apple. I think I’m really sophisticated. First time either one of us, we go and there’s a big white sign, colored and another one, white. We had never seen that before.”

“I teared up,” Cousy said. “By now he and I as I say, we’re pretty good friends. I was ashamed to be white. I didn’t know how to explain it. Even now, I get emotional thinking about it.

“We’re good friends and run into this kind of overt racism; it’s unexplainable. But I came up with a solution. Twelve o’clock at night, end of the platform, nobody around. And we peed together. So it was a Rosa Parks moment that we couldn’t talk about.”

Tacko Fall christens the new court with a dunk… And an assist pic.twitter.com/lL30xozf2U

MassLive: For Boston Celtics Tacko Fall, basketball helps answer his call to give back to his community

NBC Sports: Tacko wants to be known for more than his size