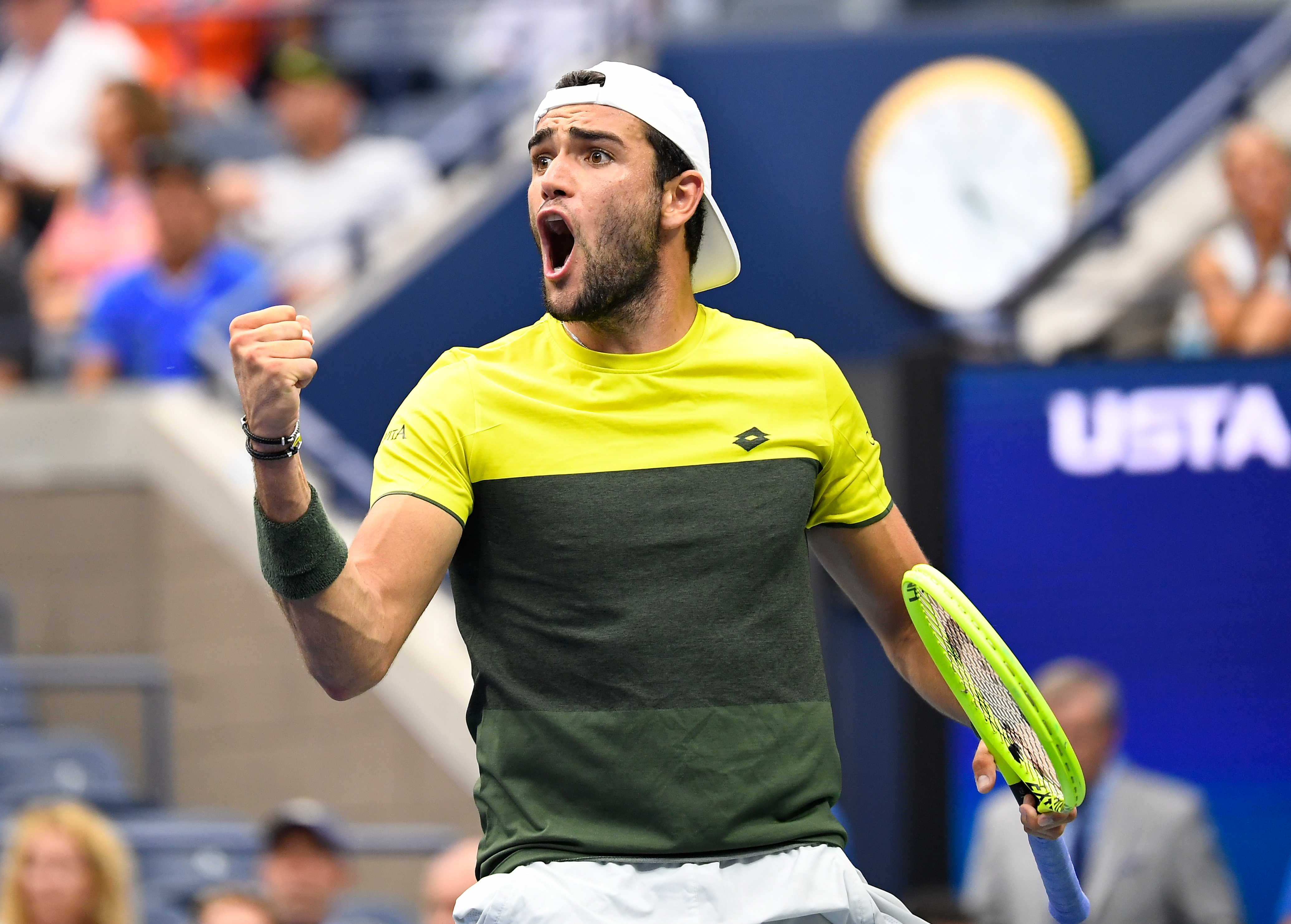 A five set thriller on the men’s side highlighted action on Wednesday at the 2019 United States Open from Flushing Meadows, NY. During daytime play, 24th ranked Matteo Berrettini of Italy defeated the 13th seed, Gael Monfils of France, 3-6, 6-3, 6-2, 3-6, 7-6 in a match that lasted nearly four hours.

Some of the key statistics in the men’s quarterfinal match were directly related to the serve. Berrettini had 15 aces, compared to Monfils’s 10, while Monfils had a whopping 17 double faults, while Berrettini only had six.

This is Berrettini’s first grand slam semi-final appearance. It is also the sixth time this season that Berrettini reached the semifinals of an ATP Tour event in 2019. He also made the final four in Sofia in February, Budapest and Munich in April, and Stuttgart and Halle in June.

Berrettini’s best grand slam result prior to the 2019 U.S. Open was Wimbledon of this year where he reached the fourth round before losing to Switzerland’s Roger Federer. Berrettini will not have to worry about Federer in New York because the five-time U.S. Open champion lost in the quarterfinals on Tuesday to Grigor Dimitrov of Bulgaria 3-6, 6-4, 3-6, 6-4, 6-2 in another outstanding five set match.

However, Berrettini will have to worry a lot about his next opponent, second seed Rafael Nadal of Spain, who beat the 20th ranked Argentinian, Diego Schwartzman 6-4, 7-5, 6-2. This will be the first time ever that Nadal will have faced Berrettini in their careers. Nadal is 10 years older than his semi-final opponent and was the U.S. Open champion from 2010, 2013 and 2017.

On the women’s side, Bianca Andreescu of Canada became the first Canadian tennis player to make the semifinals of the U.S. Open (male or female singles) since 1984 when Carling Bassett-Seguso accomplished the feat. Andreescu, the 15th seed, beat the 25th ranked Elise Mertens of Belgium 3-6, 6-2, 6-3. In other action, the 13th ranked Belinda Bencic of Switzerland beat the 23rd ranked Donna Vekic of Croatia 7-6, 6-3.