Your Morning Dump...Where Marcus Smart sees some IT in Kemba Walker 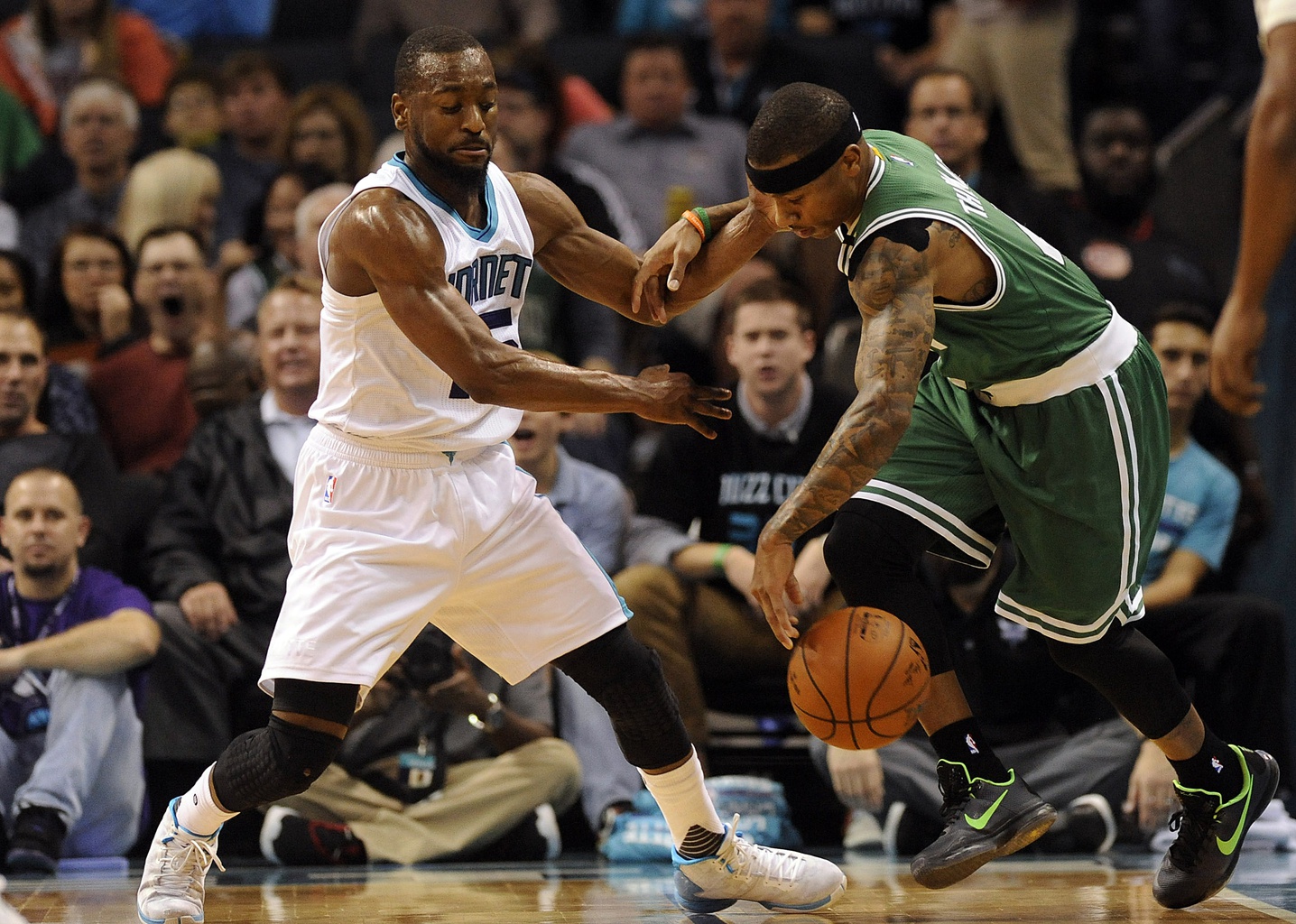 Your Morning Dump...Where Marcus Smart sees some IT in Kemba Walker

In China, where four of Boston’s best players are competing together for Team USA at the FIBA World Cup, the Athletic’s Joe Vardon asked Boston’s players about Kemba Walker, with an eye on the ways their descriptions of Walker ran counter to Irving. But while Marcus Smart didn’t compare Walker to Irving, he did mention another former MVP All-NBA second-team point guard who played for the Celtics: Isaiah Thomas.

“We had a little guy like that, similar to that on our team in Isaiah Thomas,” Smart told Vardon. “It’s kind of funny some of those little guys that can score the ball, they have an energy and a motor about them you don’t see very often.”

Throughout the summer most of the former-Celtic-point-guard talk has been reserved for a Mr. Kyrie Irving. This, however, this is a nice change of pace. In just 2 and a half short seasons, Isaiah Thomas stole Boston’s collective heart. He put together one of the greatest seasons in Celtics history during his magical 2016-17 campaign where he averaged a whopping 28.9 points and led the Celtics to the Eastern Conference Finals before his hip gave out. He also was dubbed “The King In The Fourth” after ranking second in the NBA in fourth quarter points (9.8). Then, for good measure, landed himself on his first All-NBA team as he appeared on the 2nd team.

In a way, his season was quite similar to what Kemba Walker put together last year in his last season with the Hornets. The 3-Time All-Star averaged a career-high 25.6 points per game and ranked 4th in fourth quarter points (8.0) as he carried the Hornets on his back all season long. While Kemba had broken out before, this was also his first All-NBA selection as he landed on the 3rd team.

The parallels between the two don’t stop there. They both are undersized guards who can absolutely fill it up. They score in bunches and everything they lack in size, they make up for in heart. They’re fearless and give up their body’s for the greater good as they’re two fierce competitors.

It’s no secret that Brad Stevens is a point guard wizard. He’s built up players like Isaiah Thomas, Terry Rozier, and Jordan Crawford while someone like Kyrie Irving had his best statistical season under Stevens. He knows how to use these guys and he knows how to maximize what they can do on the court. He’s also shown that he works well with smaller point guards and it’ll be fascinating to see how Brad uses Kemba compared to how he used Isaiah.

Back with IT, it was a lot of high pick and roll, drive/kick-out, specific plays made to free him up off-ball, and methods to sort of hide him on defense. Brad Stevens was the one who devised the plan to get IT open, and IT delivered on the court. While the roster is far more talented nowadays and Kemba won’t have to shoulder as much of the load that IT did, it’s a good bet that we’ll see some similarities between how the two point guards are used in Boston.

If he can improve all aspects of his game while maintaining the efficiency he’s displayed on the offensive end, he’ll probably find himself higher on next year’s Sports Illustrated Top 100 list.

This year, however, he finds himself at No. 35.

“It might be helpful to compartmentalize the version of Jayson Tatum we saw last season from the player he could be one day. That isn’t to deny the existence of the former; Tatum’s mystifying efforts to become a mid-post specialist proved to be a failure on every level. If that is the crux of his game, he will level out as a player without so much as sniffing stardom. That said, cleaning up his shot profile even slightly would go a long way. The 21-year-old has a lot of the qualities teams look for in a centerpiece prospect: three-level scoring, strong defensive fundamentals, positional fluidity—Tatum even has an NBA proof of concept with his performance in the 2018 playoffs. You can see all the pieces if only Tatum could crystallize his game a bit. There have been too many nights where Tatum becomes just another guy: a positive contributor, but a forgettable one. Some of that was the byproduct of Boston’s ensemble last season. Some other part stems from the way Tatum has operated thus far. Once that changes, so will his status within the league.”

SI is progressively coming out with it’s Top-100 NBA Players for the 2018-19 season as Jayson Tatum landed at number 35. His Celtic teammates Marcus Smart, Jaylen Brown, and Gordon Hayward landed at 82, 68, and 59 respectively. While my comments on Marcus Smart being all the way down at 82 can be saved for another day, this is about right for Tatum. He hasn’t shown he can consistently be an All-Star but has proven that he has the ability to get there.

35 feels like the right spot for him and it wouldn’t be surprising if he made a leap this season into the Top 30-20. This team is going to depend on Tatum to make that leap and being at 35 is a good bit of motivation for the 3rd year pro. A big part of his season will be the focus on taking his game to the next level. The goal is for him to not be just another guy out there, but to be one of the best on the court night in and night out. His exposure and usage with Team USA should also help streamline his confidence and development. For now, 35 in the NBA it is.

Stay tuned for the Top 20 as we are yet to see Kemba Walker appear on the list.