Your Morning Dump... Where there's intrigue around who will start 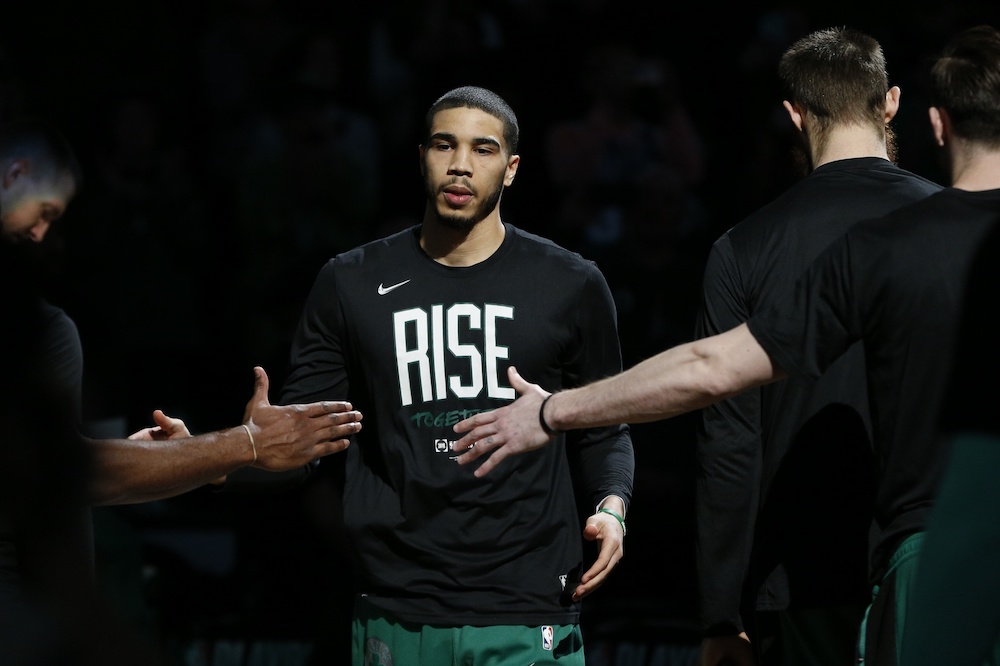 Your Morning Dump... Where there's intrigue around who will start

While a lot of the drama may be out the door next season with Kyrie Irving and Terry Rozier gone, the team’s margin of error will be thin for this group — as its best two defensive bigs departed.

There are a few names that seem like locks for the new-look starting five heading into September. Kemba Walker will start. Jayson Tatum feels like a lock. Enes Kanter is sure to get first crack at the starting spot after signing for a discount this offseason. After that? There are two remaining open spots for three candidates: Marcus Smart, Jaylen Brown, Gordon Hayward.

Over the coming weeks, we’ll take a closer look at each of the possible combinations that Stevens could use within that trio to get a sense of what direction the team is leaning.

Brian Robb at BSJ is putting out a series of posts as we head towards training camp about the many different iterations that are possible for the Cs starting 5. If you have a subscription to BSJ, definitely worth a read.

Lots of pros and cons about which to hand wring over the next few weeks, and much of it is probably much ado about nothing, considering Stevens went through different iterations of a starting five last season, so what we see in Philly likely isn’t what we’ll see a month. Those who start in the starting five, may not finish in the starting five, or even stay there for long. But picking a starting five with staying power means a better start to the season this year. We’ll have our Reds Army season predictions coming early next month, but I’ll start early by throwing my ideal starting five in the mix:

I’m going with BRobb’s starting five with the slightest of tweaks. I think Jaylen Brown is ready to play the four, especially when it comes to the defensive end. This starting five clears up the glut of wings that would share the court if you slot Hayward into Smart’s role, and I think putting Jaylen on the bench without a new deal (assuming he doesn’t get an extension by the start of the season) is asking for trouble. If anyone can accept a sixth man role it’s Hayward. Sound off in the comments on your ideal starting five!

On page 2, get well soon, Isaiah

Thomas underwent left thumb surgery Wednesday and is expected to miss six to eight weeks as he recovers, the Washington Wizards announced.

Thomas suffered the injury — a rupture of the radial collateral ligament in his thumb — during “routine workouts” Monday, according to the team.

It’s another tough break for the 30-year-old point guard, who’s appeared in a total of 76 games over the last three seasons due to a nagging hip injury that required surgery last March.

This sucks so much. If Isaiah Thomas believed in karma two and a half years ago, I wonder if he still does? If anyone deserves a lucky break, it’s IT, but instead bad luck just seems to find him. He’s undoubtedly missing the start of the season, if not the entire first month, and he could have used training camp to shake off the rust of spending much of last season either in street clothes or out of the rotation. In Washington, he had a real chance to reprise his instant offense role off the bench that won fans over in his first year in Boston.

Get well soon, IT!