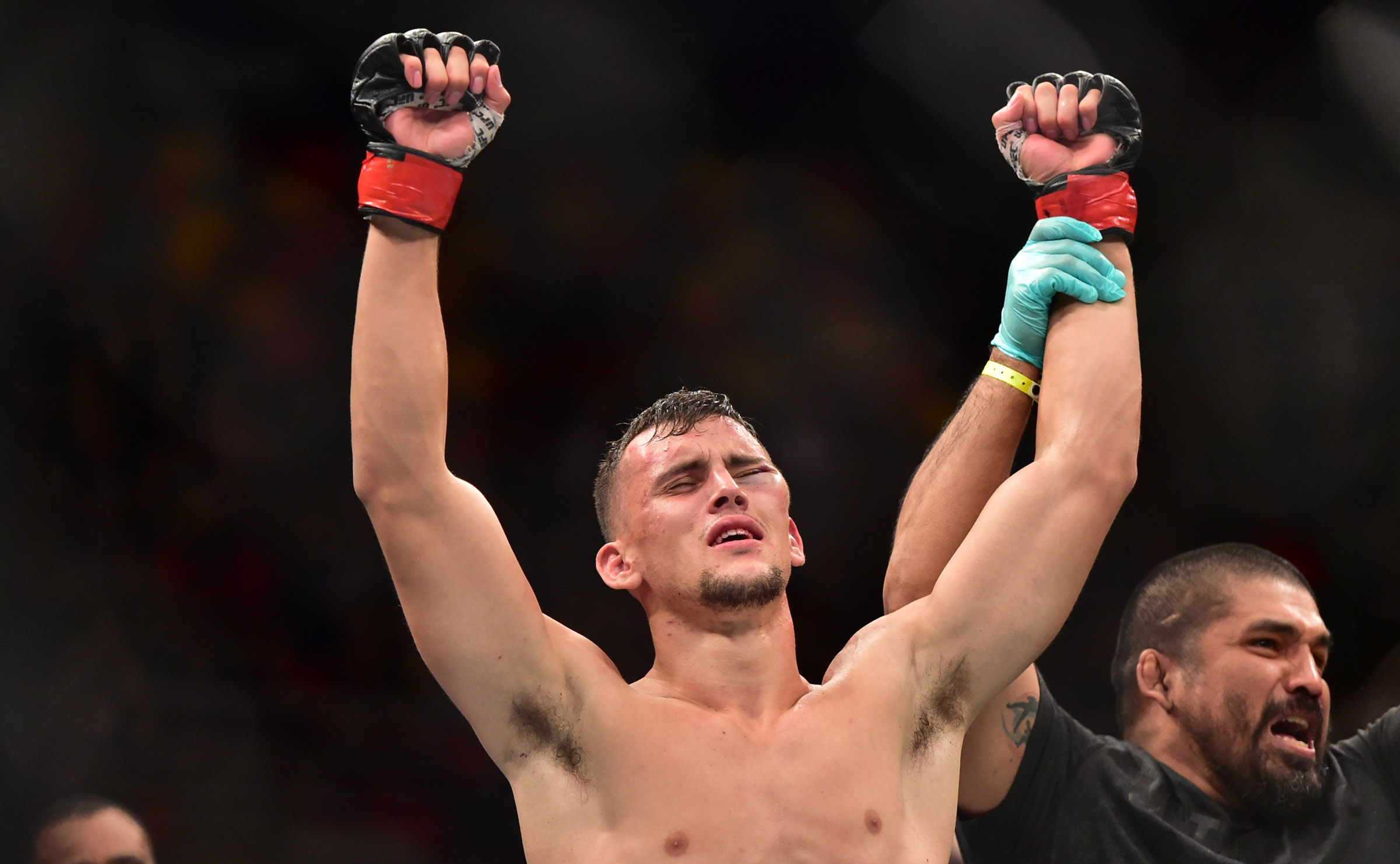 If there’s one thing international cards are good for, it’s for seeing underexposed talent that exists outside of the US. Sometimes these fighters don’t get too much a chance to shine unless their is a card in their area. Our pick this week is exactly in that situation.

If you missed his last fight, you missed one of the all-time great comebacks in UFC history. After being beaten for 3 rounds against Felipe Silva, Puelles dug deep and launched a hail Mary kneebar attempt that secured him the win and an extra 50k. While it may have seemed like a fluke, Puelles’ submission skills are legit. Typically they are more based in top control, with the majority coming by rear naked choke. However, his ability to grab on to anything for a finish is quite underrated.

Because he is a fighter from a region without tons of talent in the UFC, the UFC tends to save him for when fights are in that area. His only other fights in the UFC came in Chile and Mexico City. Since the UFC doesn’t visit those areas often, it means Puelles winds up on the shelf all too often. Especially after the highlight reel, come from behind win last time out, the UFC could have drawn some attention to the Peruvian. Nevertheless, he gets his chance to do it again this weekend.

The UFC’s signing of Marcos Mariano was under quite a bit of scrutiny when it was first announced. Mariano, who was just 6-4 when signed, had fought just once in the prior year before signing. On top of that, the last fight before that was a frustrating submission loss. In his UFC debut, he proved to be very susceptible to good jiu jitsu, with Lando Vannata locking him up with a kimura for the finish. Being that Puelles has shown he’s perfectly capable on the ground, it would be surprising if he doesn’t submit Mariano.