Your Morning Dump... Where the rookie hype continues 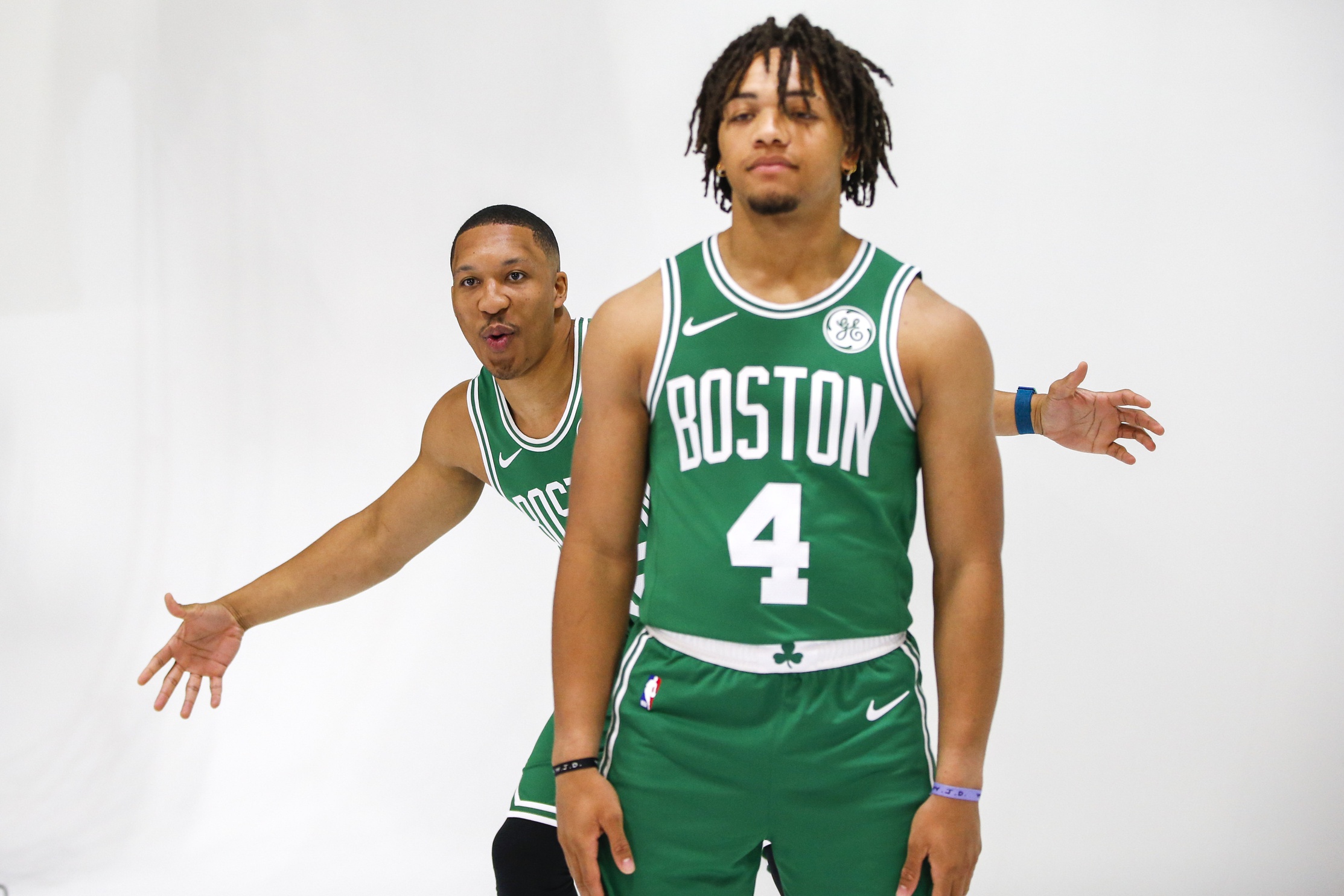 Your Morning Dump... Where the rookie hype continues

“The biggest thing for me has always been about trying to keep a team together,” Williams said. “From the get go, I always try to establish a base and get to know people’s tendencies, what they enjoy. That way during the season, there’s going to be ups and downs, but you understand what can pick somebody up and what things you can and can’t say. Just understanding guys and also building relationships from the get-go, because you play better when you are better friends, I feel like. Talent can help you win games, but there’s times when talent can only do so much. Sometimes that chemistry really separates.”

This year’s draft class is interesting. The Celtics drafted four or more players in 2015, 2016 and 2017, but this is the first time that I recall seeing the incoming rookies bond like this. The C’s took players at spots 14, 22, 33 and 51 this year, all four being conventional products of US colleges. That’s pretty similar to the C’s package of picks in 2015, where they drafted players at 16, 28, 33 and 45* (Rozier, R.J. Hunter, Jordan Mickey, and Marcus Thornton) who were, again, all conventional US college players.

And expectations for the C’s heading into the 2015/16 season were extremely muted, so it’s not as though coverage of other storylines during the summer of 2015 drowned out coverage of a unique bond among the incoming class of rookies. Similarly, the team’s lineup was even more fluid that summer, so it’s not as though the team’s later picks were viewed as training camp fodder and nothing more (quite to the contrary, there was a fair bit of excitement around Hunter and Mickey).

Of course, Stevens had only two years of professional coaching under his belt in 2015, and that was also the first year of the Celtics’ “farm system” drafts, so there was considerably less institutional knowledge available as to the best ways to integrate a ton of new players into the Celtics organization. I would also expect that the front office has learned and adapted based on their experiences with large draft classes, and has adjusted what they want to see in a second-round pick, leading to this year’s crop of ‘high character’ guys.

I have absolutely no idea whether all this will give an extra boost to this year’s crop of second-rounders (among the second-rounders the C’s have picked over the past four years, only Semi Ojeleye has stuck with the team), but at the very least, there’s little chance this cohesion will hurt these guys.

Page 2: Where Grant Williams gets rave reviews for his basketball IQ

Williams is loud and fun, but that’s not all he brings to the Boston Celtics.In fact, the only thing that might outshine his personality is his basketball IQ.

“It’s really good,” Stevens said. “Like any other young player he has a lot to learn about the NBA, the night-in, night-out challenges and all that comes with playing each team. As far as coming in and doing things and picking things up quick, from a strategy standpoint and also from an intuitive standpoint, he’s pretty impressive.”

The standing caveat at this point of the season is that it’s early, and it’s hard to be anything but positive about what’s happening in training camp right now. Still, there’s something different to Williams. Other Celtics staffers have privately raved about Williams ability to quickly grasp what’s being taught, which means there’s an additional comfort level to him being on the floor.

Grant Williams came into the 2019 draft with questions about his athleticism and length, but not his basketball IQ or his defense. Williams’ physical limitations (somewhat short wingspan & vertical) may impact what he’s able to do on offense in the NBA, but he’s already developed a strong passing game, and that coupled with defensive chops could earn him rotation minutes with a team that looks to have a surfeit of scoring options.

And then there’s his personality. If the Celtics have learned a bit about how to integrate multiple rookies into the team dynamic over the past few years, there’s also the rookies themselves to consider. Williams seems to be an outgoing and gregarious guy, and if team brass wanted this year’s rookie class to spend their summer in Boston working out together, Williams seems to have been the primary agent involved in selling the team’s rookies on the idea.

Q: Did I read you played nine instruments as a kid?

GW: Growing up, I played nine. Currently, I probably play one because, just like a language, if you don’t practice them, you lose them.

Q: Can you name the nine instruments you played as a kid?

GW: Off the top of my head? I know I remember at least seven. So clarinet, violin, piano, drums, trumpet. I never did guitar or saxophone, and the saxophone is the one I’m most disappointed about. That’s the one I want to learn. But there’s a couple more because my brothers played flute. The ones that I was really good at were violin and piano, just because I enjoy playing the piano. I did not enjoy playing the violin. I definitely enjoyed playing the drums but it was just way too loud so I could get away with that.

Williams also told Chris he was hoping to learn French, and said that picking up basketball stuff was ‘easy’.

Teammate Tacko Fall had been trying to establish post position in 1-on-1 drills this week and Fall’s swinging elbow caught Kanter in the neck, and now Kanter stood in the paint, hands clutching his throat, as Fall made his move to the hoop.

From the baseline, rookie Vincent Poirier doubled over in laughter, well aware of Kanter’s plight. An intervention was deemed necessary and a semi-circle of 7-footers soon formed around Fall, his fellow bigs playfully reminding the 7-foot-7 behemoth to be more careful with his arms.

Defending Fall is simply an occupational hazard. Kanter showed up to a media session this week with a few splotches of blood evident on his white undershirt. Asked what happened, he smiled and said, “I was going against Tacko. He’s one strong dude.”

One of the obstacles Tacko is likely to face over the course of his rookie year is the referee’s whistle.

If NBA players are, collectively, unaccustomed to dealing with a player of his size, the officials are equally inexperienced, and what would be incidental contact in a 6′-11″ player might be considered even a flagrant foul for a guy who’s 7′-7″.

I, for one, am not looking forward to the complaints about how Fall’s moves are officiated this season. Sports fans—even for a team you also like—are seldom more annoying than when they are complaining about referees.