Jay Gruden out as Redskins coach after winless start 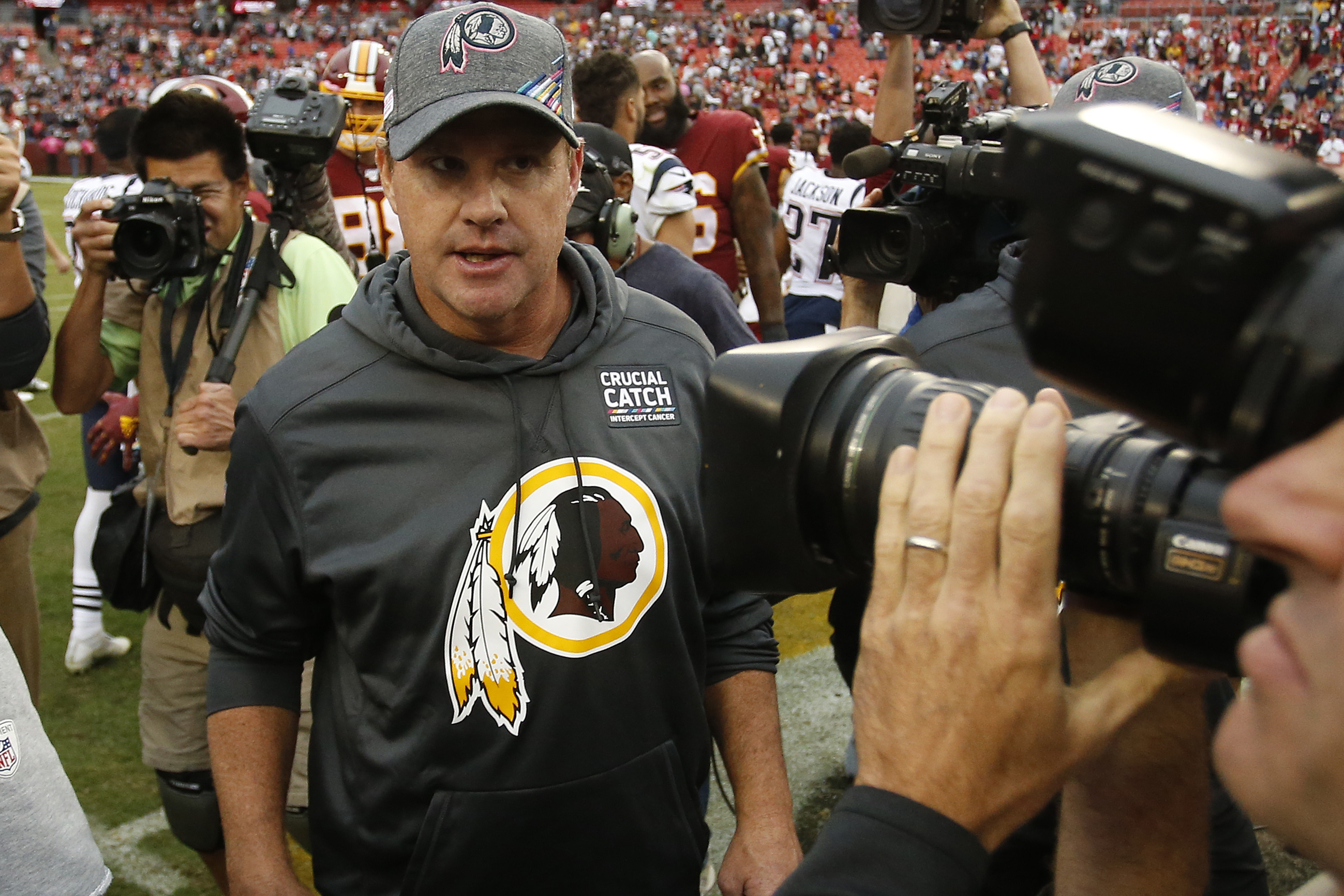 Jay Gruden out as Redskins coach after winless start

The last 24 hours have been bittersweet for the Gruden brothers.

While Jon was busy celebrating the Raiders’ win over the Bears on Sunday, Jay’s Redskins got routed by the Patriots, which eventually led to him being fired on Monday.

Gruden, who went 35-49 in a little more than five seasons as Washington’s coach, was done in by his team’s 0-5 start to the season. The Redskins issued the following statement shortly after Gruden was fired:

Through the first five games of the 2019 season, the team has clearly not performed up to expectations, and we all share in that responsibility. Moving forward we are committed to doing all that we can collectively as an organization to turn things around and give our Redskins fans and alumni a team they can be proud of in 2019 and beyond.

Besides starting 0-5 and the fact he only led Washington to the playoffs one time, Gruden may have also gotten the ax for his unwillingness to play first-round draft pick Dwayne Haskins. It was reported last week that the Redskins coach never wanted Haskins in the first place, but owner Dan Snyder and president Bruce Allen preferred Haskins to other quarterbacks in the draft. Whether or not Haskins plays now will be up to Bill Callahan, who takes over as interim coach after Gruden’s dismissal.

As for Gruden, it will be interesting to see if he joins his brother with the Raiders.