Your Morning Dump... Where we've got a deeper dive into Sunday night's game 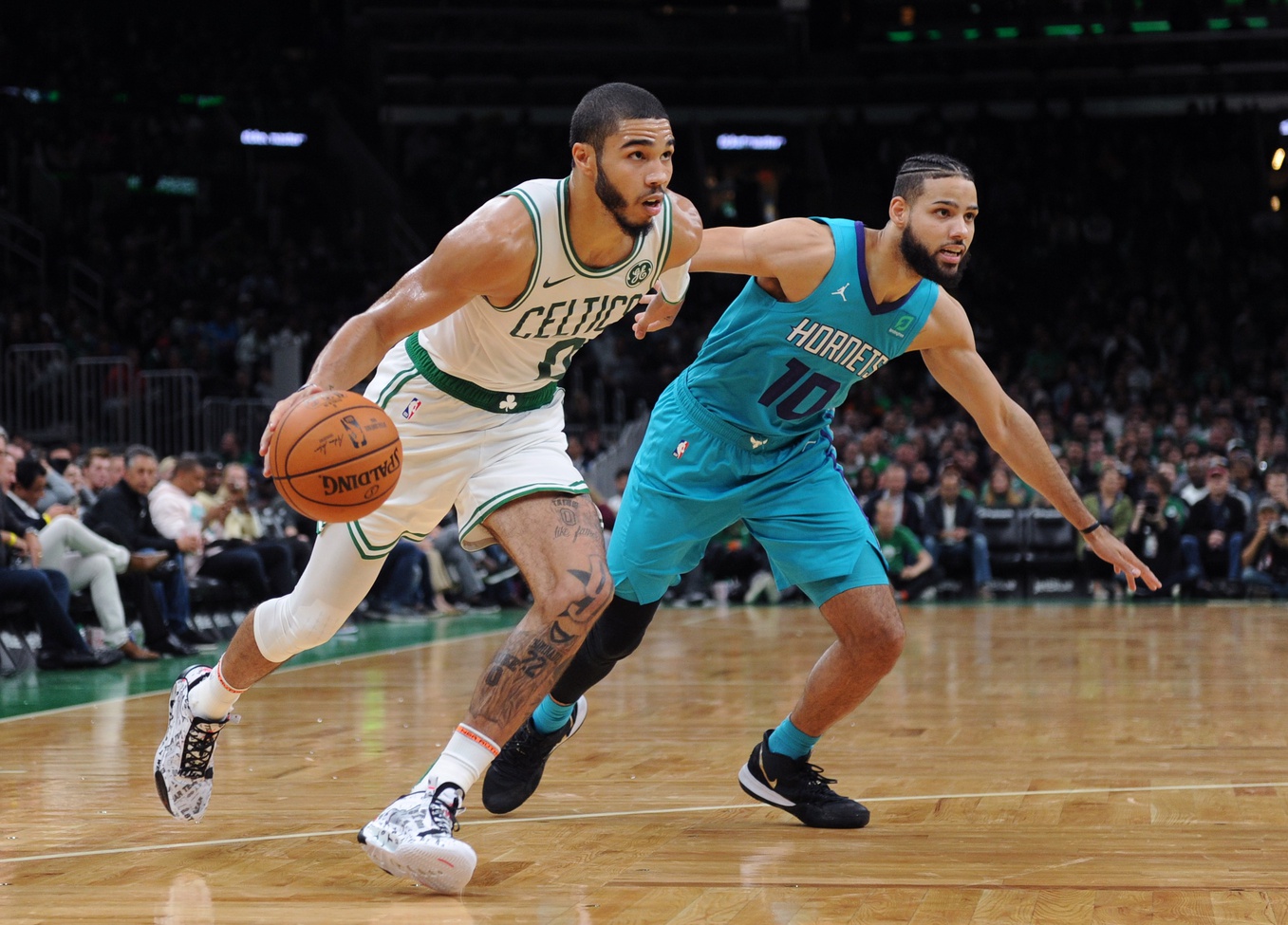 Your Morning Dump... Where we've got a deeper dive into Sunday night's game

But, still, it was basketball, and since we’re here to talk basketball, let’s get right down to it.

First, let’s chat with John about the way the C’s bigs played defense:

“Rob’s just got to get more comfortable out there,” Brad Stevens said after the game. “He was so antsy and ready to go that by the 10 minute mark he was out of breath.”

Remember the big caveat from the top? No overreactions?

Williams gets a pass on this performance because it was so bad, so out of character, that we can almost throw it out as an outlier. It’s like dragging a file from your desktop to the trash but not emptying it yet. We need to see what he does in the next few games before we can permanently delete this performance.

I tend to agree with Brad and John—we shouldn’t read too much into one performance. Williams had a pair of starts last season, one of them coming when the team did not have Aron Baynes or Al Horford available, and the other one being the final game of the season, which Stevens treated like a 4th week NFL pre-season game, also starting Semi Ojeleye and Guerschon Yabusele.

So, Williams—which is not unusual for a young guy—may have felt that, as a starter, he was expected to do more than what got him the starting nod in the first place.

At any rate, Stevens found it to be enough out of character for Williams that he mentioned it specifically after the game.

On to Enes Kanter:

Kanter doesn’t have the lateral speed to keep up with any guards on a switch. He didn’t even keep trying to ride the guard out of bounds. He opened up his hips and left himself wide open for a reverse layup.

Some of this can be corrected through coaching.

Kanter may not become a plus defender, but there are ways for guys who have defensive issues to improve—but it’s a two way street: The coaches have to be able to identify realistic strategies to improve and the player has to be willing to improve them.

Isaiah Thomas never was a plus defender during his time with the Celtics, but Stevens and co. found ways to integrate his play into team defensive schemes so that his weaknesses couldn’t be as easily exploited. One of the primary ways IT did this was by taking away his opposite’s preferred side and guiding him into the help defense.

As John points out, Kanter can do something similar. Once the switch happens on the PNR, Kanter seems to be kind of lost. His movements lack a clear purpose, and that allows Devonte Graham to dictate what happens next: An incredibly easy layup. Kanter, true, doesn’t have the lateral quickness needed to keep up with Graham, but he has quite a bit less ground to cover.

A better way of handling the switch would be for Kanter to start fading to his right as soon as the handoff takes place. Kemba stayed on Graham long enough to prevent him from getting an easy cut into the paint, so Kanter can cheat a bit and get a head start cutting off the backdoor. At the very least, Kanter could force Graham into either a contested layup or a pass through traffic to the weakside. Learning how and where you can safely cheat a player that’s faster than you goes a long way on defense.

This is rim protection. This is what I keep talking about with Rob Williams. Slide… cut guys off… this is just as important as blocked shot.

So far, Poirier has defended 3 drives w/his positioning & all have been stops pic.twitter.com/yoZqtciv0o

John’s impressed by Poirier’s sliding here, but I want to highlight something else.

Notice that this play is pretty much the same as the Kanter play, but on the other side of the court. On the one hand, Dwayne Bacon looks to be a step slower than Devonte Graham, but on the other hand, Vincent Poirier has already shaded left before the handoff at the pick. That gives him a head start cutting off access to the basket. From that point on, good fundamental discipline does the trick.

He didn’t waste any time getting down to what he does best, which is making 3-pointers. Not even a minute had passed before Edwards had successfully finished off the first of a handful of catch-and-shoots with baskets.

Edwards would finish with 11 points on 4-for-9 shooting (and 3-for-6 from 3-point range).  He was the instant spark plug that the Celtics will need at different times in different places.

The C’s gave Carsen Edwards a four year contract. That, alone, should tell you how they see him stacking up against Brad Wanamaker, who’s running on a one year deal.

I think we’re going to see good things from this kid, and right off the bat.

There’s also Javonte Green, who continues to dazzle with his knack for scoring in a hurry off cuts to the basket, drives at the rim and impressive one and two-handed dunks. He had 15 points on a perfect 7-for-7 shooting night with most of those shots coming on dunks. Of the players vying for a spot on the Celtics’ 15-man roster, these two have been the front-runners for the 15th roster spot from the beginning. And after one preseason game, this two-man race remains alive and well.

I figured Green would be a training camp casualty—he’s 26 years old, and hasn’t cracked the NBA yet, and by that age most players are on their second contracts. But he might be able to make some noise after all.

On the other hand, you have to think that a guy like this has had multiple chances to make NBA rosters, and that extended reps will bring his ability into greater focus, leaving him the odd man out. However, let’s leave that unpleasantness for another day. For the moment, revel in the fact that the C’s have a guy who can score 15 points in 11 minutes.