Your Morning Dump... Where Kemba's liking his new role 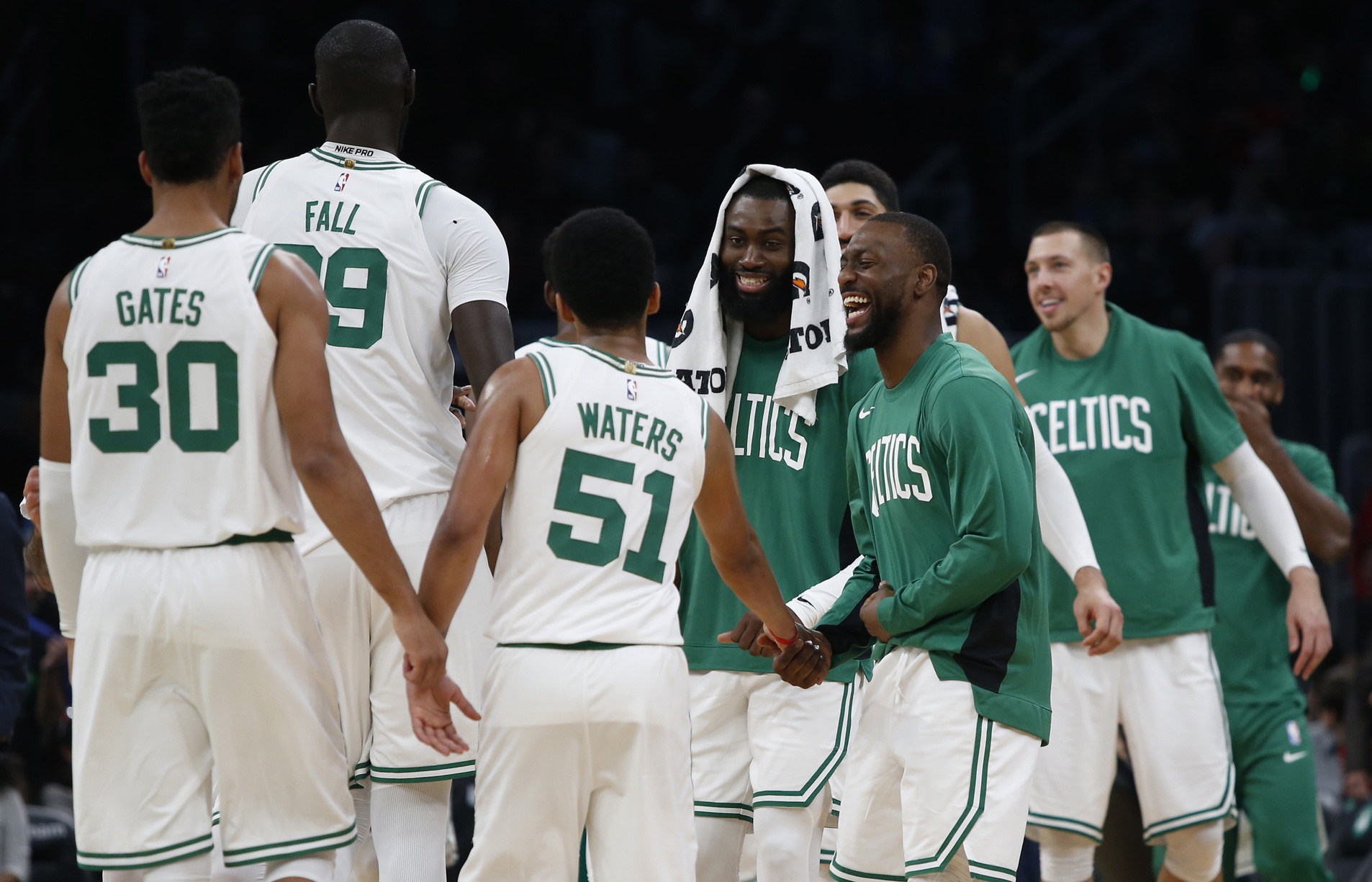 Your Morning Dump... Where Kemba's liking his new role

It might be odd for a guy who just got a max contract to be the face of a new franchise, but Walker is looking forward to doing less this year.

“It takes a lot of pressure off me,” Walker said after the team’s practice on Monday. “I’m getting a lot of different shots as well, but I’m loving it, not having not do so much all the time. Hopefully my usage rate might be going down a little bit. It allows other guys to make plays and I can appreciate that for sure.”

Usage rate is a measure of how many possessions a player uses while he’s on the floor. Last season, Walker’s was at 31.5 percent, ninth-highest in the league. That’s more than notoriously ball-dominant players like Russell Westbrook, Kyrie Irving, Damian Lillard, and Kevin Durant.

He now has teammates who can carry more of the load, and they are all willing to do so.

Going back through Kemba Walker’s Charlotte Hornets career is a study in sadness. Walker’s first season in the league was the team’s notorious 7-59 campaign, and over the course of eight seasons, the team qualified for the playoffs just twice, losing in the first round both times. And this is where I remind you that over half the NBA qualifies for the playoffs each year. If we were talking straight up random chance, Walker should’ve notched at least two more playoff appearances than he has seen thus far.

His best teammate in Charlotte, long-term, was probably Nicolas Batum.

Kemba played for a team which, in letting him walk, made it clear that their priority is not winning, it’s maximizing profits. I can’t imagine what it’s like trying to cheer for a team like that.

But I digress—this is shaping up to be a thoroughly enjoyable season. Everybody’s discounting the Celtics; last season’s anemic win total has been set as a realistic bar for this year’s team to fall short of. Fans have started to talk about ‘rebuilds’, and how the C’s window has either closed or is closing. Guys are talking about ways for the Celtics to unload Gordon Hayward’s contract, and so forth.

Folks, this season is going to be fun and the Celtics are going to win a lot of games.

Indeed, it has not gone unnoticed by Stevens how well Theis has fit in with the starting group that includes Kemba Walker, Gordon Hayward, Jayson Tatum and Jaylen Brown.

It’s particularly noticeable on the defensive end of the floor.

“If you watch closely, that’s a tied-together group on that end of the court,” Stevens said. “And obviously, when you don’t start (Marcus) Smart you have your best defender coming off the bench. So, it’s really important that that group starts, able to understand when to kick guys out, when to be up, when to be back, when to react to a threat and they’re really good at it, together.”

With the departure of Al Horford, a solid player on both ends of the court, Brad has to choose whether he’s going to prioritize offense from his starting center, or defense.

Early indications are that he’s going to prioritize defense and start Daniel Theis. Stevens seems to see Theis as the starting five’s linchpin on defense, based on his comments, and it will be interesting to see how he grows into that role.

Plainly, the Celtics aren’t expecting much on the offensive side from Theis, and allowing him to focus most of his energy on defense should pay dividends.

Finally: The last preseason game is upon us

This game may not seem like much. The Cavaliers are quite possibly the worst team in the NBA and the Boston Celtics likely won’t play their regulars much, if at all.

“It’ll be some of the guys that played a little bit less the last few games,” Brad Stevens said of his Tuesday night lineups.

I’m not really sure why the NBA is such a fan of limited matchup preseason schedules, I mean, it’s not like they’re saving the teams a lot of traveling, and in terms of generating even a modicum of buzz around the upcoming season they’re hopelessly ineffective.

At any rate, I can’t imagine why anyone would pay more than five bucks to see this game. And even at that, it’s probably not going to be a good deal.

As John notes, the Cavs are a terrible terrible terrible team, and the ass-end of their lineup consists of guys who can’t crack the rotation of one of the worst teams in the NBA. To the extent that the Cavs match their bench guys against Boston’s, we’re in for some ugly basketball, at least on the Cavs end of the court. To the extent that Cleveland keeps their starters in the game, it will be a grim reminder of the chaos that LeBron James always leaves in his wake.